Spinal muscular atrophy (SMA) is a genetic neuromuscular condition caused by mutations in the SMN1 gene. 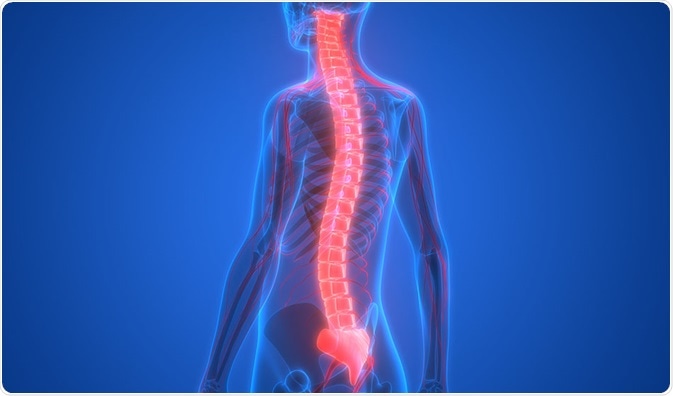 SMA is characterized by symmetrical progressive (proximal predominant) muscle atrophy caused by lower motor neuron degeneration in the spinal anterior horns and brain nuclei. Several types of SMA are now recognized based upon the maximum motor function that the patient has and the age of onset.

At first, SMA diagnoses consisted of three types, presented at the International Consortium on Spinal Muscular Atrophy in 1991. The third type was later modified to contain two subtypes, while a fourth type was added as well as a type 0 for the most severe cases beginning in antenatal life and with an invariably fatal onset.

Despite this, it is now well known that the so-called types of SMA are not watertight compartments but rather a continuum within which even manifestations thought to belong to the same type may vary significantly in severity. The importance of the classification scheme remains, however, due to its ability to provide a basis for comparison and for making an accurate prognosis.

Newborns are typically affected by this type, being born with severe hypotonia and muscular weakness, and retrospectively being recognized to have very few fetal movements during intrauterine life. Prenatal muscular atrophy is thus common.

Examination findings include areflexia, facial paralysis, heart defects (atrial septal defects) and joint contractures (due to hypotonia in intrauterine life). Respiratory failure is common and most affected babies die within 6 months of age.

This category originally included what is now sometimes called type 0, or type 1a. However, type 1, also called Werdnig-Hoffman disease, now consists of the most severe form of SMA which is also the most frequently seen, comprising 45% of patients. Onset is usually within 6 months of birth.

The infant may appear quite normal, but quickly develops:

Secondary to the hypotonic weakness of some muscles with sparing of others, the baby may show:

Intelligence and memory are high to normal. The child cannot sit up, and in most cases death occurs before the second birthday is reached. Respiratory distress is a common cause of death and intensive supportive care may prolong life in these infants.

Some experts further divide type 1 into type a, b and c, in order of decreasing severity. Thus, type 1a refers to type 0. Type 1b refers to babies who are initially normal but develop signs of weakness within 2 months, before ever achieving head control. Type 1c refers to children who show hypotonic weakness after the neonatal period after achieving head control, and a few may even sit up, which is against the definition in this type.

In children with type 2 SMA, who make up a fifth of the total, independent sitting typically occurs within 9 months but can sometimes be late. . However, children are unable to walk unassisted. The proximal limb weakness is more pronounced in the arms. It sets in during the period between about 6 and 18 months.

Complications due to hypotonia include:

Most patients with type 2 SMA live to 25 years and beyond, especially with better medical support.

Type 3 SMA, or Kugelberg-Welander disease, occurs in about 30% of patients, and manifests between 18 months and adult life. These patients can achieve unassisted standing and walking initially, though progression of symptoms may deprive them of these abilities later. Weakness affects the lower limbs more than the upper limbs.

This is further subdivided into type 3a in which children are diagnosed between 18 months and 3 years, and type 3b where patients are older than 3 years and younger than 30 years at onset. The usual presentation is frequent falls, trouble with climbing stairs and abnormalities of the gait to compensate for the proximal weakness. Type 3 patients usually live as long as unaffected people.

Rarely, scoliosis and respiratory dysfunction can occur.  Obesity and osteoporosis may complicate the clinical course in patients with greater loss of function which limits mobility. This is more common with type 3b patients.

Type 4 SMA was originally a subtype at the mild end of type 3, being confined to about 5% of SMA patients. These individuals can walk well into adulthood, and are diagnosed much later; at 30 years of age or older. Related problems, such as swallowing and respiratory difficulties, are absent.