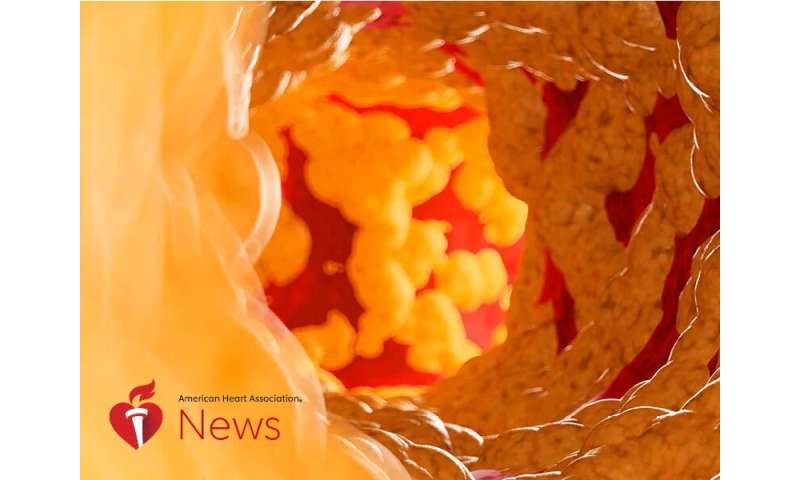 High cholesterol is a risk factor for heart disease, but not all forms of it are the same. An underdiagnosed genetic condition called familial hypercholesterolemia can cause dangerously high levels of cholesterol at an early age.

While scientists have determined FH is caused by genetic mutations that affect the body’s ability to remove LDL, or “bad” cholesterol, they haven’t pinned down all the genes involved for nearly 1 in 3 people who have FH.

But that may be beginning to change.

Scientists presented preliminary research at the American Heart Association’s Vascular Discovery conference in Boston this week showing more clues to the genetic roots of FH. National Heart, Lung, and Blood Institute researchers screened 19,114 genes and identified transgelin (TAGLN) as one of the genes of interest. Previous studies have found this gene could be associated in LDL metabolism.

When researchers disabled the TAGLN gene in cells, some cells tried to compensate.

“The cell tries to make more cholesterol because cholesterol is vital for the cell to survive,” said Diego Lucero, the study’s lead author and a postdoctoral fellow at the NHLBI. “Understanding this is important because it might have impacts on the magnitude of the clinical presentation of the disease.”

People with FH are exposed to chronically high levels of LDL from an early age, and their risk for premature heart disease is 20 times greater than the general population, according to the FH Foundation. Over time, the condition can lead to atherosclerosis b the buildup of plaque and narrowing of artery walls. As a result, signs of heart disease can show up decades earlier in people with FH compared to the general population.

The condition affects approximately 1 in 250 U.S. adults. Yet, it remains largely underdiagnosed and undertreated.

“Less than 10 percent of those who have (FH) have actually been diagnosed, which leads to a lot of premature morbidity and mortality,” said Dr. Samuel Gidding, chief medical officer for the FH Foundation. Someone who carries the altered gene has a 50% chance of passing it on to their children.

Yet, the challenge is diagnosing FH. Health care providers may not understand the difference between general high cholesterol and FH and may not screen high-risk people, said Gidding, who was not involved in the new study.

FH can be diagnosed with a simple blood test and a reported family history of cardiovascular disease. Doctors look for LDL levels over 190 in adults and over 160 in children, and onset of heart disease before age 60 in men and before 50 in women. Genetic testing can confirm the diagnosis.

Once identified, there are effective ways to treat the condition, Gidding said. Early treatment with medications, as well as maintaining a heart-healthy lifestyle, can lower the risk of premature heart attacks and strokes.

I’m 14 and I am uncircumcised. I’m having trouble pulling my foreskin down, and recently the top of my foreskin has become red and sore. I researched and it said to clean the white smegma but I can’t clean it because i can’t retract my foreskin… help!

Risk of pulmonary embolism These symptoms you should take seriously