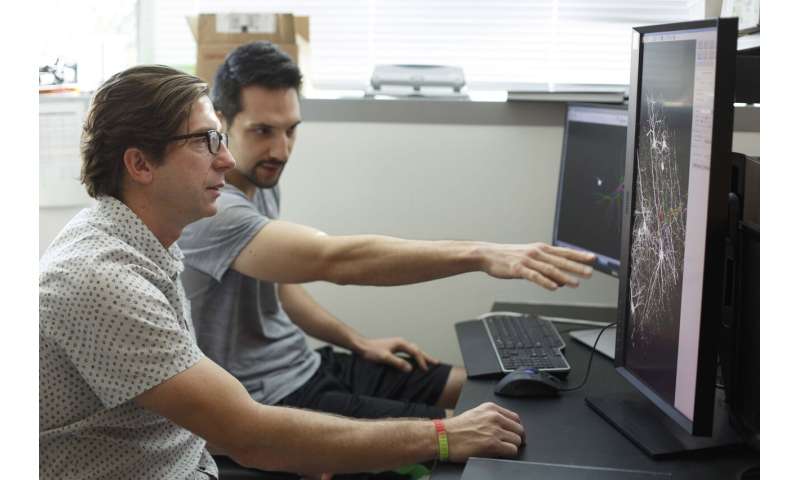 A new study challenges the presumption that people born with developmental brain disorders such as severe autism will benefit from medical interventions only if treated during a narrow window in infancy or early childhood.

Writing in the journal eLife, an open-access scientific journal, the Rumbaugh lab at Scripps Research in Florida reports improvement in measures of seizure and memory in adult mouse models of a genetic cause of autism, called SYNGAP1 disorder.

Children born with only one working copy of the SYNGAP1 gene don’t make enough of the critical SynGAP protein. Two broken copies is lethal. Depending on the extent of their deficit, these children can develop a range of developmental challenges as they mature. This may include intellectual disability, autism-like behaviors, disordered sensory processing, and epileptic seizures that don’t respond to medication. The disorder likely affects one to four individuals per 10,000, similar to the frequency of Fragile X syndrome, says Gavin Rumbaugh, Ph.D., an associate professor in the Department of Neuroscience at Scripps Research in Florida. However, patients can only be discovered through genetic tests. As a result, only a small fraction of patients with this disorder have been discovered.

To study whether treatment of SYNGAP1 disorder in adulthood could be beneficial, Rumbaugh’s team genetically restored levels of the mice’s SynGAP protein to normal. The treated adult mice showed multiple improvements. It suggests that having one broken copy of the gene not only harms the brain as it develops, but it also has effects in the adult brain, Rumbaugh says. There may be reason to treat at any stage of life once options become available, Rumbaugh adds.

“Our findings in mice suggest that neurodevelopmental disorders’ disease course can be altered in adult patients,” Rumbaugh says. “We can correct brain dysfunction related to seizure as well as memory impairments after restoring SynGAP protein levels in the adult animals.”

Significantly, the paper offers a path to measure the effectiveness of potential medications or other therapies for neurodevelopmental disorders going forward. Electrographic spikes between seizures is an indicator of epilepsy. In their paper, the scientists looked at human EEG data collected from a SYNGAP1 disorder patient registry and found that the appearance of these spikes were much more likely to occur during sleep. Similar findings were observed from mouse models of SYNGAP1 disorder, offering a useful endpoint. Establishment of biomarkers that predict generalized improvements in brain function will be a critical step in advancing treatments for people with severe neurodevelopmental disorders, Rumbaugh says.

The need for a treatment option is clear, Rumbaugh says. Seizures typically become more frequent as children with SYNGAP1 disorders mature, and for many patients, those seizures do not respond to anti-epilepsy drugs.

Twelve theses on climate change: How can scientifically Rezos are statements?