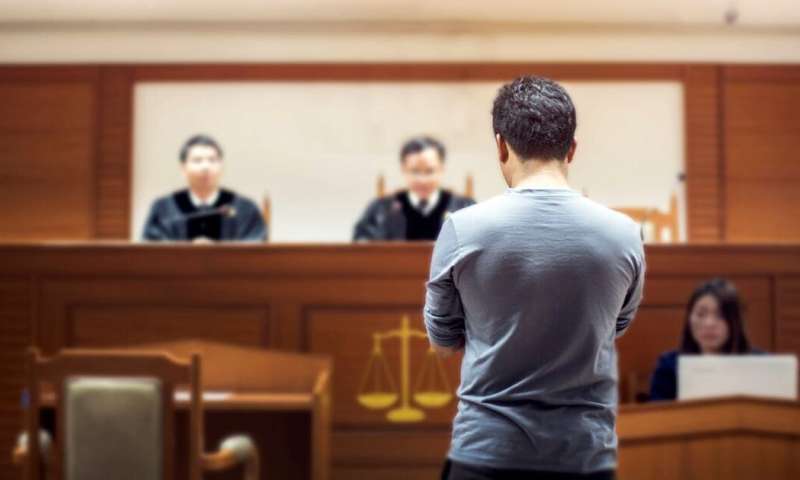 How similar do you think you are to your second cousin? Or your estranged great aunt?

Would you like to have people assess your behaviour from what your great aunt has done? How would you feel if courts used data gained from them to decide how you are likely to behave in the future?

Scientists are making connections between a person’s DNA and their tendencies for certain kinds of behaviour. At the same time, commercial DNA databases are becoming more common and police are gaining access to them.

When these trends combine, genetic data inferred about offenders from their relatives might one day be used by courts to determine sentences. In the future, the data from your great aunt could be used by a court to determine how severely you are punished for a crime.

DNA databases can be used to identify relatives of criminals

A Florida judge recently approved a warrant to search a genetic genealogy database, GED Match. This American company has approximately 1.3 million users who have uploaded their personal genetic data, with the assumption of privacy, in the hope of discovering their family tree.

The court directly overruled these users’ request for privacy and now the company is obliged to hand over the data.

Police can search through the genetic database to identify people who are likely to be relatives of a person who left DNA at a crime scene. Then, by creating a family tree, police may be able to work out the probable identity of the criminal they are looking for.

This is how the infamous Golden State Killer was identified, many years after his serial killings.

So far, prosecutors have used DNA evidence to persuade courts that a defendant was present at the scene of a crime and is likely to have committed it. But what if they want to use DNA evidence at sentencing to show the defendant is dangerous, and thus merits a longer sentence?

Genetic information—including from relatives—can be used not just to identify who you are, but to work out your likely behavioral and psychological features. The science is still in its infancy, but many traits are influenced by one’s DNA, including aggression.

This DNA information may well be used in the criminal justice system, in order to predict how a person may behave in the future.

Let’s assume the prosecution wants to show an offender is dangerous. Some research has suggested males with a low-activity monoamine oxidase A gene (MAOA), who experienced maltreatment when young, are significantly more likely to be impulsive and aggressive than the general population.

So if genetic data inferred from an offender’s relatives in a database suggests they have low-activity MAOA, and there is evidence about the offender’s adverse childhood, an expert witness might argue their likely impulsivity and aggression presents an increased risk of future violence.

This might be used by the prosecution to make the case for a longer sentence. In some jurisdictions and circumstances, the prosecution may have a means of obtaining a sample of DNA directly from the offender. But where this is not legally possible without the offender’s consent, the inference from relatives might fill a gap in the prosecution’s case about how dangerous the offender is.

In short, the prosecution may be able to discover previously private information about offenders, which could be used in creative and concerning ways to argue for more severe punishment.

Reasons to be concerned

The stumble towards using this technology is unsettling on several fronts. It seems to provide luck with a disconcerting role in punishment. Should the way our carers treated us when we were young, and the genetic constitution of relatives (perhaps even those who we have never met), really have a significant role in how we are evaluated and sentenced?

A second issue is privacy. When you contribute your DNA to a genetic genealogy database, are you happy with the thought that your contribution might be used in criminal proceedings against a relative to argue for an extra year to be added to their sentence?

Once the DNA data is submitted, courts, governments, and businesses for generations to come will be able to infer the genetic constitution of your relatives.

Companies that collect genetic data, 23andMe and Ancestry.com, make a profit through selling it to researchers and other companies. The monetization of this data is already under way, with 23andMe last week announcing they are licensing a drug created using their databases.

Since the Cambridge Analytica scandal there is good reason to worry about the dangers of businesses like these, which collect highly detailed information about the public in order to sell it for a profit.

Doctor confused the spleen and the kidney – lawyer calls € 200,000 for Pain and suffering

3 People Explain What It Means to Be Aromantic