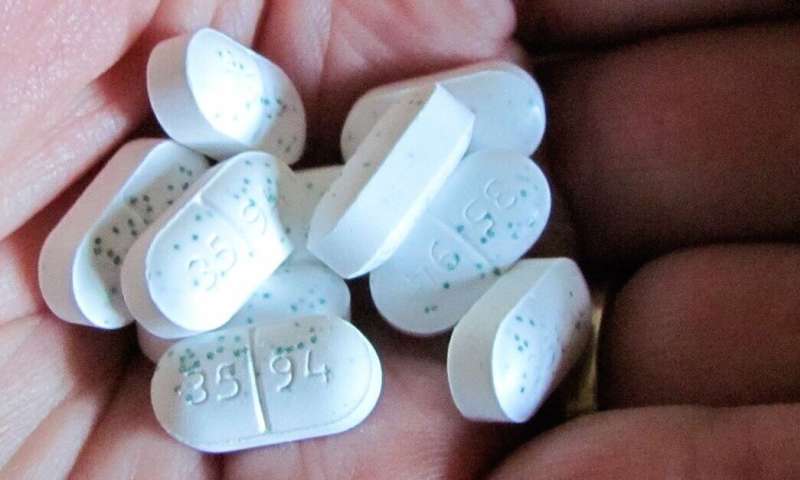 Adverse drug events could be avoided by sharing patients’ medication histories and previous harmful medication exposures among various health-care facilities. That’s one of the key findings of a study published today in CMAJ Open.

“As the medical system improves how we treat and prevent diseases, we may be inadvertently putting patients on medications that previously caused harm, have already been identified as contraindicated, or on wrong medication doses,” said Hohl. “This research study provides us with clues as to how we can reduce adverse drug events and their impact on health care by establishing a centralized and integrated system for reporting and accessing medication-related patient information.”

Hohl’s study examined when medications were incorrectly re-prescribed and caused an unintended effect.

Using a patient’s recorded chart history at Vancouver General, St. Paul’s and Lions Gate hospitals, researchers tracked first occurrences of adverse drug events along with repeat events from the same medication or medication class. They found that among the almost 13,000 adult patients included in the study, 1,178 were diagnosed with 1,296 adverse drug events. Of these, more than one-third had a repeat adverse drug event, and almost 40 percent of those patients were admitted to hospital after being discharged from the emergency department.

Around 75 percent of repeat adverse drug events could have been prevented through better monitoring and communications, the study reveals.

“We identified a systems issue that requires information about patients’ medications and medical history be made available at all points of service and to all health-care providers who are prescribing and dispensing medications,” said Hohl. “Our results likely underestimate the problem because we could only capture what was recorded in patients’ charts, and it is estimated that 94 percent of adverse drug events are underreported. While the focus of medical error prevention has largely been on reducing the number of clerical errors, our study points to a need to also focus on ensuring that patients get the right medication at the right time and at the right dosage, based on their medical history and how they previously reacted to medications.”

Moving the dial on medication errors

A first step toward reducing the number of adverse drug events would be to boost reporting and recording procedures. Adverse drug events and other important medical information should live in a centralized database that can be accessed by all members of a patient’s care team, including physicians, nurses and pharmacists.

Clinicians across the care continuum who access the centralized database could review a patient’s medication and adverse drug event history. They could enter their recommended course of treatment, and an alert would appear if the medication to be dispensed was associated with a previous adverse drug event in the patient’s file.

Each year, approximately 2 million Canadians will arrive at an emergency room department because of an adverse drug event.

In her work as an emergency physician at Vancouver General Hospital, Hohl said she regularly sees repeat adverse drug events to the same medication. In one case, a patient with diabetes and hypertension presented to VGH with angioedema in the form of life-threatening airway swelling. After conducting further investigations, Hohl discovered that he had been re-prescribed a medication that had seen him present to another hospital’s emergency room with angioedema three months prior.

“The pharmacist did not know that the patient had previously had angioedema, and neither did the prescribing physician,” recalled Hohl.

9 Medications That Can Interfere With Your Workout

Is opioid treatment available to those who need it most?

Fatty liver disease symptoms: Spider veins on your body are a warning sign

January 27, 2021
We and our partners use cookies on this site to improve our service, perform analytics, personalize advertising, measure advertising performance, and remember website preferences.Ok