In my experience with new parents and parents-to-be, they tend to fall somewhere on the spectrum between “omg my life is over” and “whatevs, babies are just like a cuddly, kinda needy accessory.” I definitely lean more towards the latter camp; the thought of compromising my goals and my lifestyle (work! travel! art! non-chain restaurants!) just because I became a mom was not an idea I ever entertained. But yes, there were certain staples of my pre-kid life that even gung-ho me thought I’d need to bid farewell to once I had a quasi-permanent human sidekick. You know the sort of stuff: Super late nights out. Karaoke bars. Whiling away hours or days in the blazing hot sun at a loud and raucous music festival. But guess what? I was beyond wrong about that last one. There are quite a few kid-friendly music festivals out there that still majorly rock. You just have to know where to look — and how to brave them.

Below are our picks for the best of the fests when you’re jamming with kids in tow. Just don’t forget those tiny noise-canceling headphones for the littles, k? 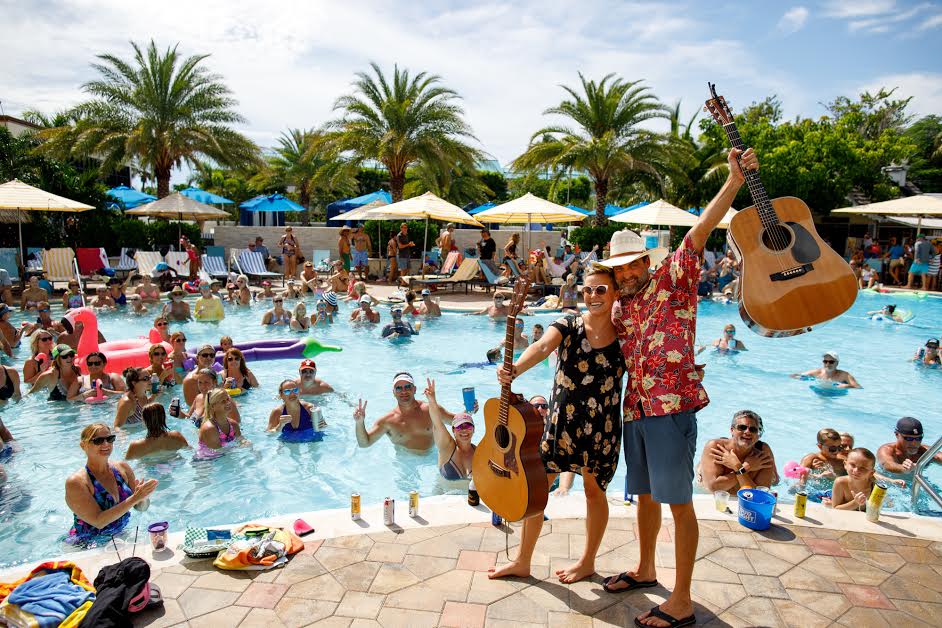 I mean that photo pretty much says it all, right? Who wouldn’t want to be there? The islands of Captiva and Sanibel, off Florida’s Gulf Coast, are some serious hidden gems, usually prime for wandering, shelling, and quiet contemplation in nature. But once a year, they — along with the neighboring Fort Myers — transform into a mecca of family-friendly music that draws songwriters from all around the country for the Island Hopper Songwriter Fest. But what makes this festival unique isn’t just the quality of music (these are some serious songwriting talents, folks) and the approachability for all ages; it’s the intimacy of the small local venues, as well as the true “island-hopping” aspect — you can go from show to show on different islands or beaches over the course of one night or weekend. Consider it the chiller, musical version of a progressive dinner. 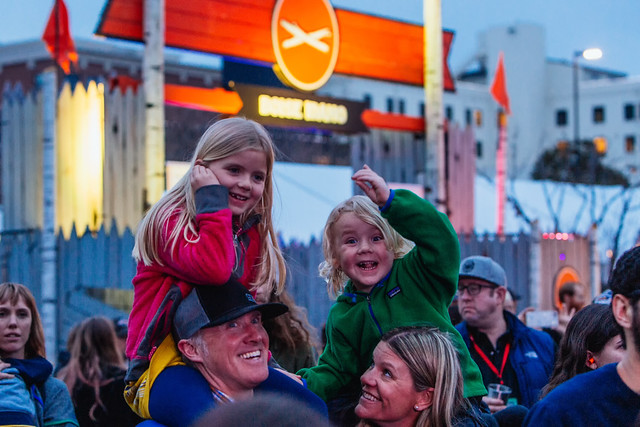 What? You thought Idaho was just for potatoes?! Turns out, it’s also for killer tunes, Basque culture, beer (and surprisingly a ton of really amazing cider, who knew?), comedy, yoga and more. If you haven’t heard of Boise, Idaho’s Treefort Festival, it’s high time you made a trip to the Gem State to check out this gem among festivals. Past headliners — from Lizzo to Liz Phair — are majorly impressive, but what really makes Treefort stand out is its sheer volume of musical artists, making it more of an ensemble-cast experience than a bunch of supporting acts for one big name (the lineup posters themselves make this motley-crew-team aspect pretty clear). 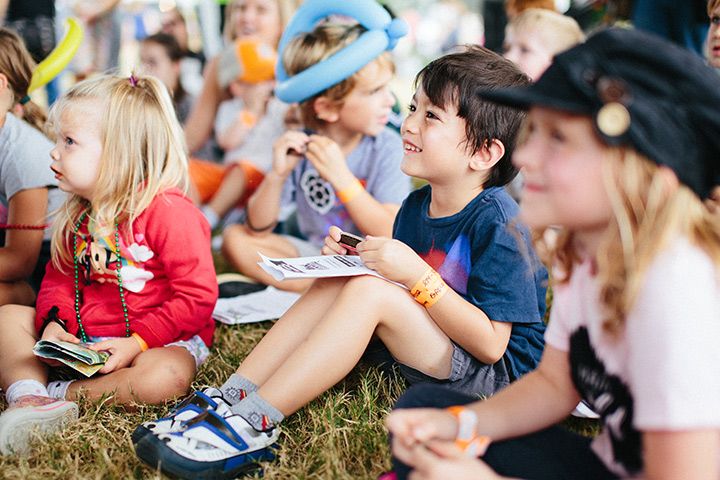 Any family trip to Nashville should include a weekend jaunt to quaint Franklin, just a quick drive outside the city, and Pilgrimage Festival is really when Franklin comes alive. From Justin Timberlake to Lionel Ritchie to Sheryl Crow to the Foo Fighters, the big names in music (both country and quite-far-from-country) flock to this sprawling Tennessee farm to set up shop and sing their hearts out. And don’t be fooled by the countrified branding; yes, there are banjos and farm animals aplenty, but this festival really does rock out (I mean, Dave effing Grohl, people). This is one pilgrimage worth making — and plenty of kid-friendly activities plus a separate smaller stage with entertaining acts for the “Lil’ Pilgrims” ensures the whole family has a blast.

At Pickathon, one in every eight attendees is a kid — from toddlers to teens (and kids under 12 are free). That’s quite a lot of rocking small folks, so parents can rest assured they won’t get any sideways glares for jamming out with a few beers while their kids are free to do that endless spinning-around dance that kids do (you know the one) for hours on end. 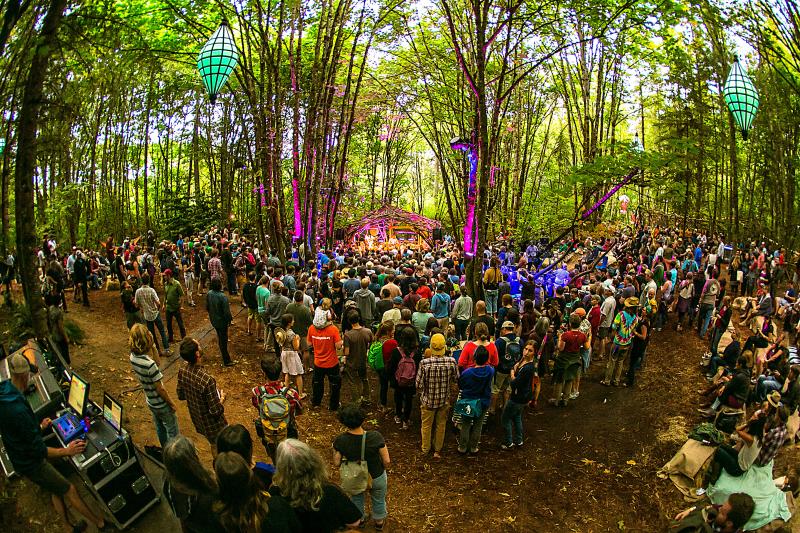 This free (free!) local festival hosts some of the best bluegrass in the world, including Bela Fleck and Chris Stapleton in recent years. Kids of all ages — plus furry friends, too — are welcome at Three Sisters Bluegrass Festival‘s sprawling Ross’ Landing location in the Chattanooga mountains. Just don’t be surprised if they return home with a Tennessee drawl and a tiny banjo. 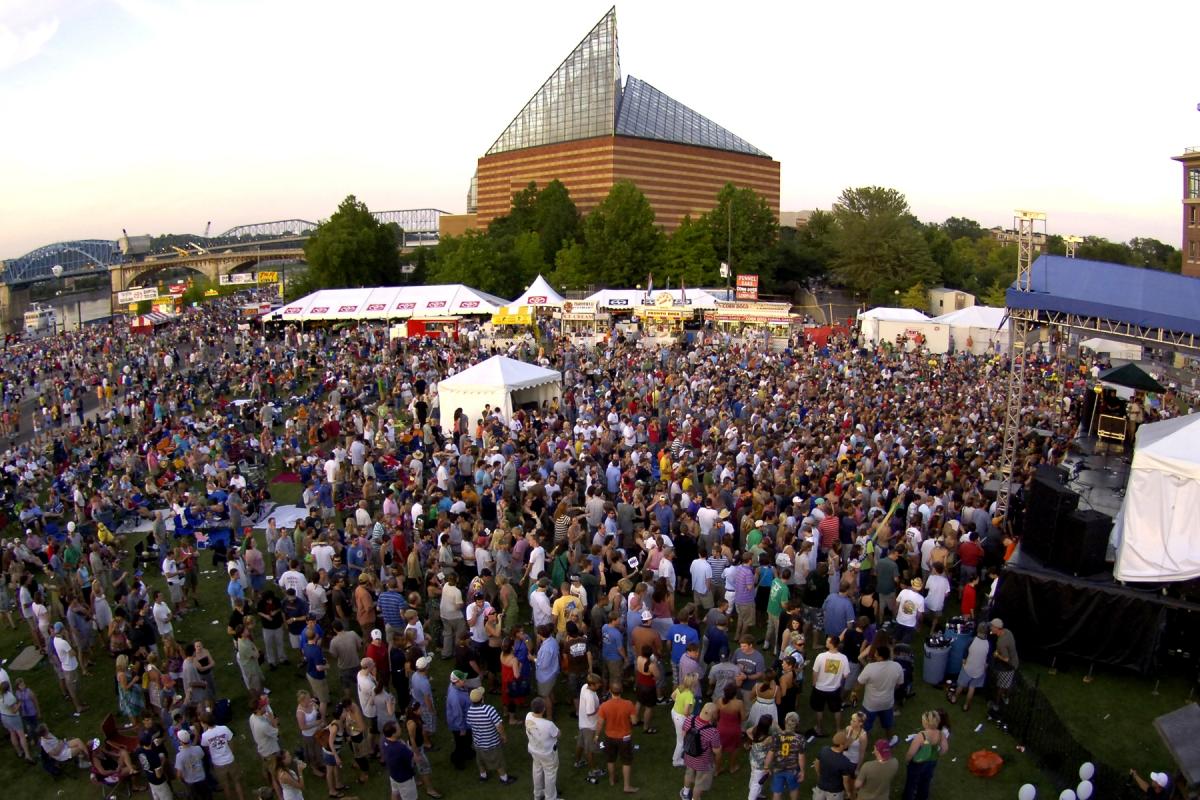 These Bottles Will Make Feeding Breastfed Babies a Cinch

Why should embryo transfer be done on day five?