Prince Harry and Duchess Meghan are nearly five months into raising their first child together — and the royal pair think that they’re doing a great job. 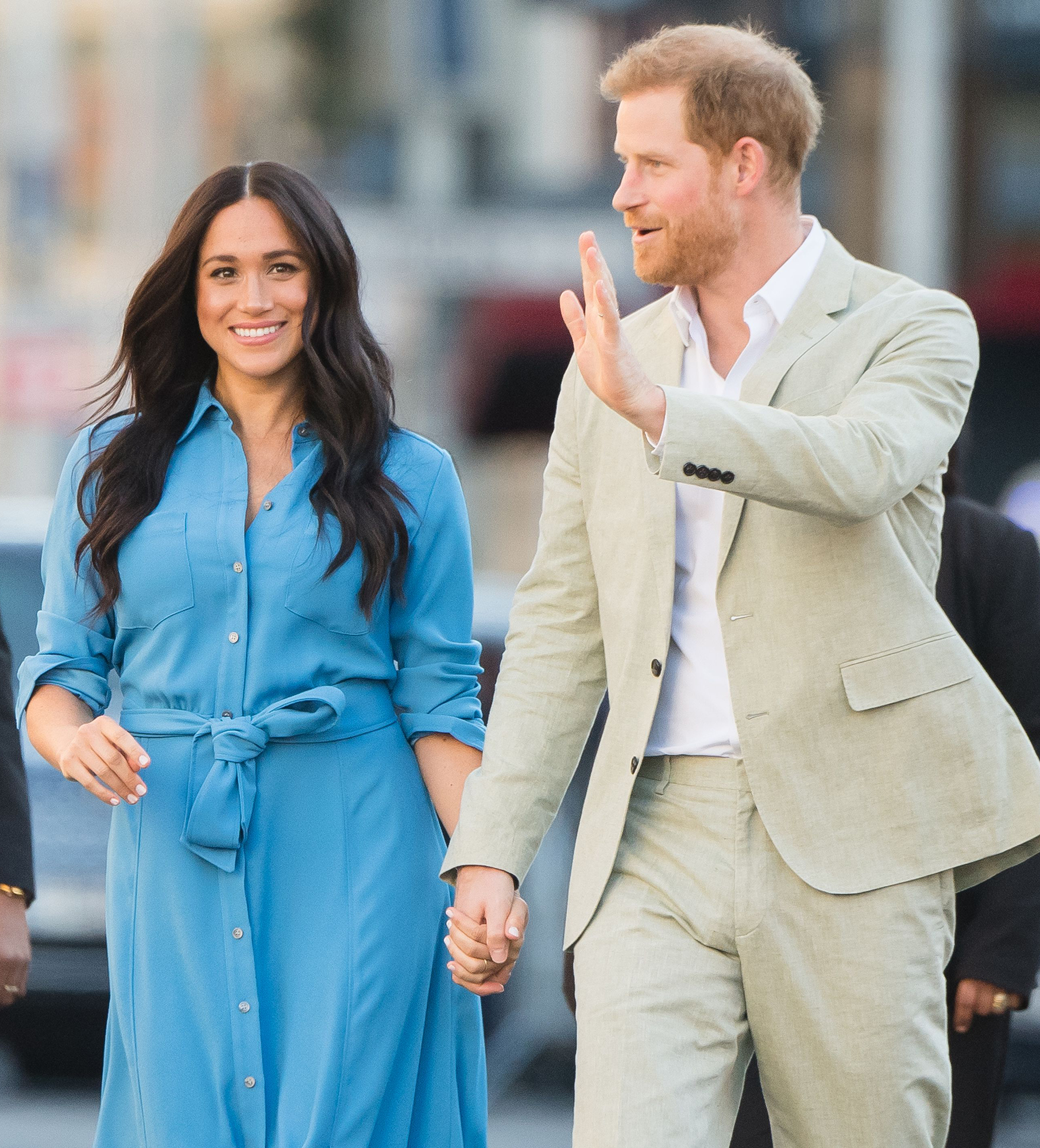 When the Duke, 34, and Duchess of Sussex, 38, were asked to share their strengths in a bonding exercise at the Tuesday, September 24, Waves for Change event at Monwabisi Beach, Cape Town, South Africa, the Suits alum said that hers was “parenting,” according to royal reporter Rebecca English. “He’s the best dad,” she added of the former military pilot.

He and the former actress tied the knot in May 2018 and welcomed their son, Archie Harrison-Mountbatten Windsor, one year later.

“He has the sweetest temperament,” Meghan told members of the press inside Windsor Castle two days after the little one’s arrival. “He’s really calm. He’s been the dream, so it’s been a special couple of days. … It’s pretty amazing and I have the two best guys in the world, so I’m really happy.”

The new parents and their baby boy embarked on their first royal tour as a family, arriving in South Africa on Monday, September 23. While the 4-month-old was missing from their first stop — the District Six Museum — the duke explained his absence. “He’s sleeping,” Harry said, going on to add that Archie was “not grouchy, just exhausted.”

Us Weekly confirmed the royal family’s South Africa trip in June. “Africa is an extremely important continent for Harry and Meghan,” a source told Us exclusively at the time. “It’s not only where Harry was able to spend time away from the public eye growing up — and where [Princess] Diana made a difference — but it’s also where their love grew. Going back there will be so special for them now that they’re a family.”

The insider added, “[They’re taking the visit] very seriously … to make sure that Archie remains safe and happy throughout. It’s likely that Archie will only be present on certain safer parts of the trip.”

10 ways to entertain your sick child at home