Don’t you hate it when there’s a flu outbreak and you’re forced to put your infant on a private jet and ship her far, far away to your sister in Cleveland? Yeah, same.

Most of us try to keep our kids safe from the flu bug by keeping them away from sick folks, having them vaccinated, dipping their hands in Purell every five seconds, and keeping our own Purell-ed fingers crossed. But not if you’re a Kardashian. Kim Kardashian West confessed she sent 10-month-old baby daughter Chicago West to go stay with her Aunt Khloé Kardashian in Ohio until the flu dies down in Calabasas, Los Angeles.

Kim, no offense, but you know they have flu in Ohio too, right? Um, and that… you have two other children, North and Saint?

Again: the questions, so many questions! Did Kardashian West fly with baby Chicago to Cleveland to drop her off? Or did baby Chicago fly solo? Did Chicago get to sit in the cockpit on the way to Cleveland? Is there a baby named Cleveland somewhere who could really use a flu vacay in Chicago? The mind reels.

I mean, the last time we checked, Khloé Kardashian had her hands pretty full herself. She’s been living in Cleveland, working on her fractured relationship with boyfriend Tristan Thompson, an NBA star who plays for the Cavaliers. (In case you’ve been living under a rock, Thompson cheated on Kardashian while she was pregnant with their daughter, True, who is now almost 8 months old.) 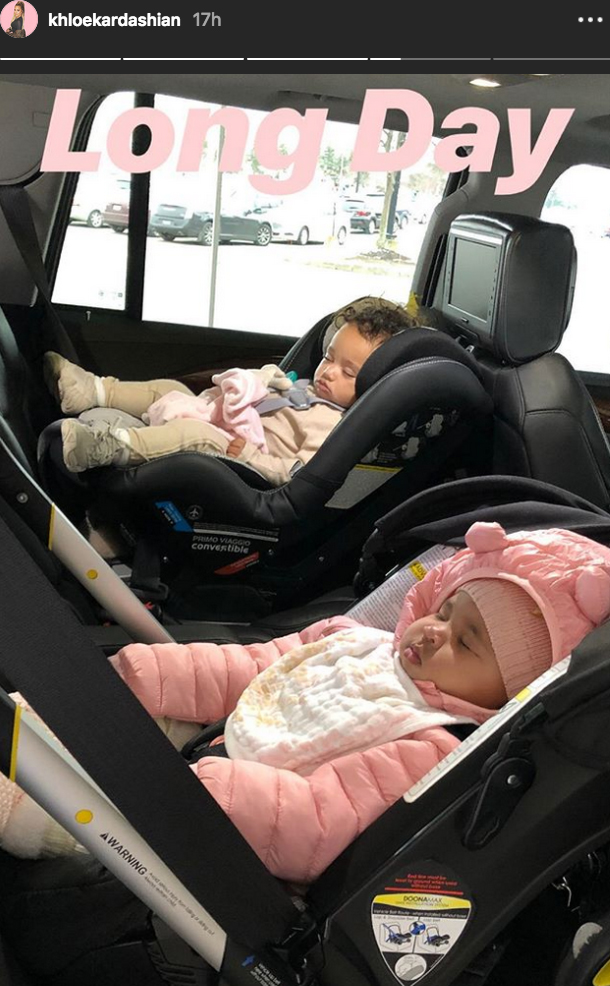 But Kim and Khloé have mad respect for each other’s parenting, clearly. In fact, Khloé said in a September episode of Keeping Up With the Kardashians that she would prefer sister Kim be True’s legal guardian in case of misfortune, rather than her other sisters who are mothers (Kourtney Kardashian or Kylie Jenner).

“Watching Kimberly be a mom, I really respect her parenting skills. Not that I don’t respect Kourtney’s. I relate to how Kim parents more,”Khloé Kardashian said. “But at the end of the day, this family is so close and we love each other so much, and if anything, God forbid, were to happen, I know my daughter’s in the best of hands, no matter who her legal guardian is.”

Um, tbh? We might go with Kourtney for legal guardian. Just saying.