Taking a trip down memory lane! Jason Biggs told Us Weekly exclusively how his 5-year-old son, Sid, reacted when he watched a scene of his dad in American Pie.

“We were flipping [channels] once, and American Pie was on, and I stopped on to for a minute because it was a scene that he could watch,” the actor, 40, told Us on Tuesday, February 28. “He was shocked at how I looked because I was 20, so I looked like a child. I was a child, so he was just kind of captivated by that.”

The Emmy nominee added: “Then I knew that there was, like, a crazy scene coming up, so I had to change it.”

Biggs, who also shares 16-month-old Lazlo with his wife, Jenny Mollen, also revealed one of his eldest son’s latest milestones — dropping the f-bomb. 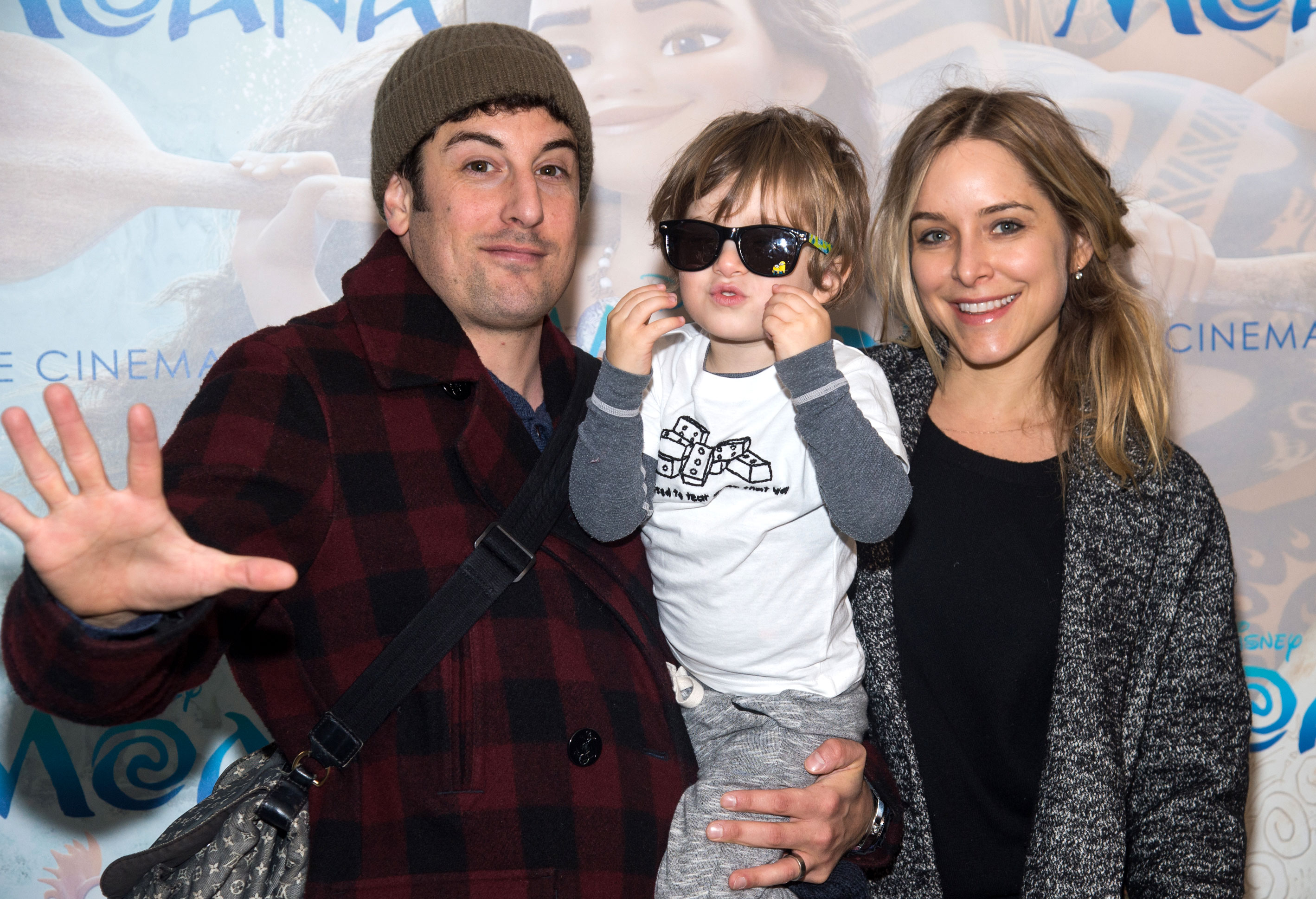 “The good news is, he uses it in the right context,” the Saving Silverman star joked. “I want to tell him, like, ‘Good job dude!’ Something happened the other day where he, like, hit his arm on something, and he goes, ‘Oh, f–k,’ and he used it correctly!”

Biggs, who keeps his house clean and spill-free with Tommee Tippee cups, is trying to clean up Sid’s language by pretending his son doesn’t say curse words at all. That way, “he’ll be less inclined to want to get attention by saying it,” the New Jersey native explained.

He and his wife, who tied the knot in 2008, aren’t sure whether they want to stop at two kids. “I think we’re done, but then every once in a while, I’ll catch Jenny talking to Lazlo and just being like, ‘Oh, my God, aren’t you just the most beautiful? Oh, my God. Do we have to have another one of you?’”

Biggs added that he’d be “psyched either way.”

With reporting by Lexi Ciccone

The Wardrobe Hack that Saved My Postpartum Sanity