Duchess Meghan and Prince Harry have a flirtatious little one on their hands! 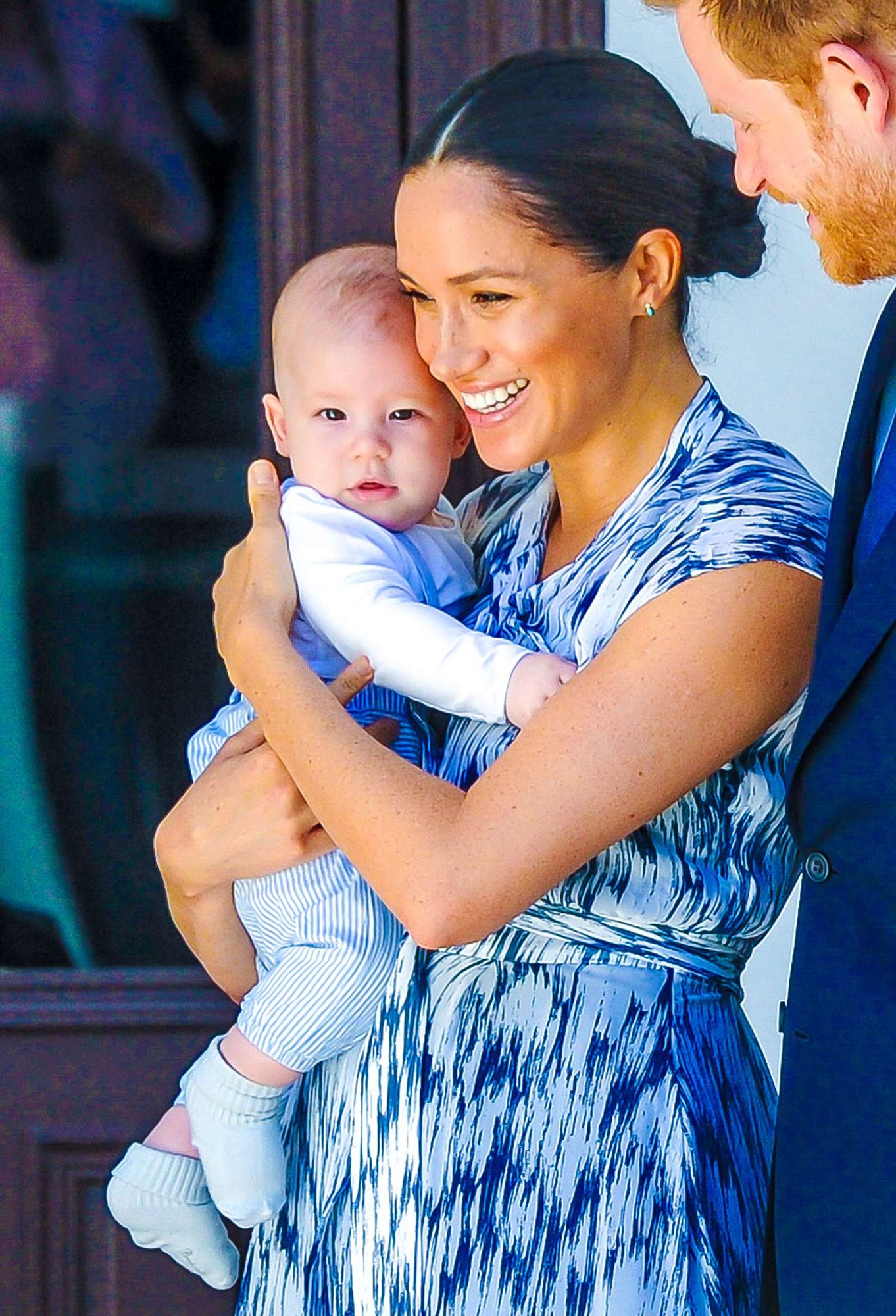 The Duke, 35, and Duchess of Sussex, 38, and their son, Archie Harrison-Mountbatten Windsor, visited Archbishop Desmond Tutu and his daughter, Thandeka Tutu-Gxashe, during their South Africa tour on Wednesday, September 25.

When Tutu-Gxashe laughed during their meeting, the 4-month-old also giggled. The Suits alum asked her baby boy, “Is that funny?” She added, “I think he knows exactly what’s going on.”

When the archbishop’s daughter joked that Archie liked her “best,” the former actress replied, “He likes to flirt.”

The Los Angeles native, who gave birth to her son in May, also revealed his nickname at the Wednesday engagement. She called the little one “Bubba” when he started to drool, and she said the same thing in a video on her and Harry’s Instagram Story while they walked to the meeting.

“Arch meets Archie!” read an Instagram post on the Sussexes’ Instagram account, featuring photos of the baby’s first royal engagement. “This morning the duke and duchess were honoured to introduce their son Archie, to Archbishop, Desmond Tutu and his daughter, Thandeka. The Archbishop, a globally respected figure in anti-apartheid movement, is one of the world’s great champions of equality, and has spent his life tirelessly battling injustice. Their Royal Highnesses have joined The Archbishop and Thandeka to learn more about the work of The Tutu and Leah Legacy Foundation, and see first-hand how they are focussing on global awareness of the critical issues affecting the world.”

The royal couple added in a separate social media upload: “Thank you Archbishop Tutu for your incredibly warm hospitality, Archie loved meeting you!”

Many of their fans believe that Archie looks just like Harry as a kid — with a little of Meghan’s features thrown in. “Archie is adorable and looks just like Harry w[ith] Meghan’s eyes,” one Twitter user wrote. Another added, “I think he has Meghan’s nose and eyes, but Harry’s hair color and head shape, which really makes him look like his dad.”

The family of three arrived in South Africa to kick off their first tour together on Monday, September 23. Aside from exiting the plane, the visit with the Archbishop marked Archie’s first public appearance.

How to throw a Frozen-themed party for your child, like Sunny Leone did

Beyonce Reveals What Her Kids Taught Her Amid Weight ‘Fluctuations’

Is your kid being bullied? Here are tips from parents on how to deal with it