“Banks and Blaise… we are so in love with you girls,” Willow, 25, announced via Instagram on Monday, November 18, alongside a photo of the newborns cuddling in matching onesies. 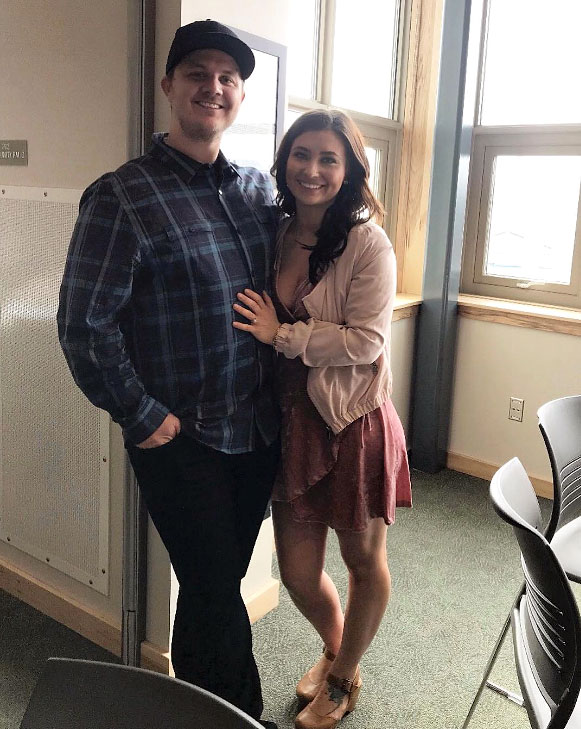 Sarah Palin’s daughter announced in May that she and Bailey had a pair of little ones on the way. “@rickyb901 and I are so excited to welcome TWO little babies into this world!” the Alaska native captioned her Instagram reveal. “Baby Bailey’s arriving December 2019.”

Willow’s sister Piper congratulated the couple that same day with an Instagram Story upload. “So excited for my sister and brother-in-law! TWO babies!!” the teenager wrote.

After her announcement, the then-pregnant star went on to give her followers regular baby bump updates. “Fully accepting and laughing at the fact of how much I grow with each day,” she wrote in August. “These girls are growing perfectly and moving constantly! #twinbump #fraternalgirls.”

Willow and her husband wed in September 2018 at the Talkeetna Alaskan Lodge, a rustic retreat overlooking North America’s highest mountain, Denali, and Denali National Park. The bride shared a sweet shot from the ceremony on social media at the time, writing, “The most perfect day.”

The former Governor of Alaska broke the news of the pair’s engagement in December 2017 by posting a pic of them in front of New York City’s Rockefeller Center Christmas tree. “Good things happen!” she captioned the social media upload. “My happiest baby girl Willow and Ricky, last night at Rockefeller Center!!! So, so happy.”

The newborn twin girls are Sarah’s fourth and fifth grandchildren. The politician became a grandma in 2008 when Bristol Palin gave birth to Tripp, 10, with her ex-fiancé Levi Johnston. The Teen Mom OG alum, 28, also shares Sailor, 3, and Atlee, 2, with her ex-husband, Dakota Meyer.

Kim Kardashian Denies That Surrogate Gave Birth: 'I Would Be at the Hospital'

Young infants with fever may be more likely to develop infections