Not having it! Amy Schumer had something to say to the trolls who criticized her for returning to work two weeks after giving birth.

“Sending out love to all the moms shaming me for doing standup last night,” the comedian, 37, wrote on Instagram on Tuesday, May 22. “”#schumerpumprules.”

In the social media upload, the Girl With the Lower Back Tattoo author smiled at the camera while pumping in her underwear.

Selma Blair showed her support for the I Feel Pretty star. “Who the fudge would shame a mom for doing what she does?” the Portlandia alum, 46, commented. “And how the hell did you do it?”

Schumer and her husband, Chris Fischer, welcomed their baby boy on May 5. “10:55 pm last night. Our royal baby was born,” she captioned a sweet family shot on Instagram the next day, referencing Duchess Meghan and Prince Harry’s son, Archie Harrison Mountbatten-Windsor, who arrived on May 6.

The next day, the Inside Amy Schumer actress revealed her little one’s name along with a father-son photo, writing, “Gene Attell Fischer and his dad Chris.” 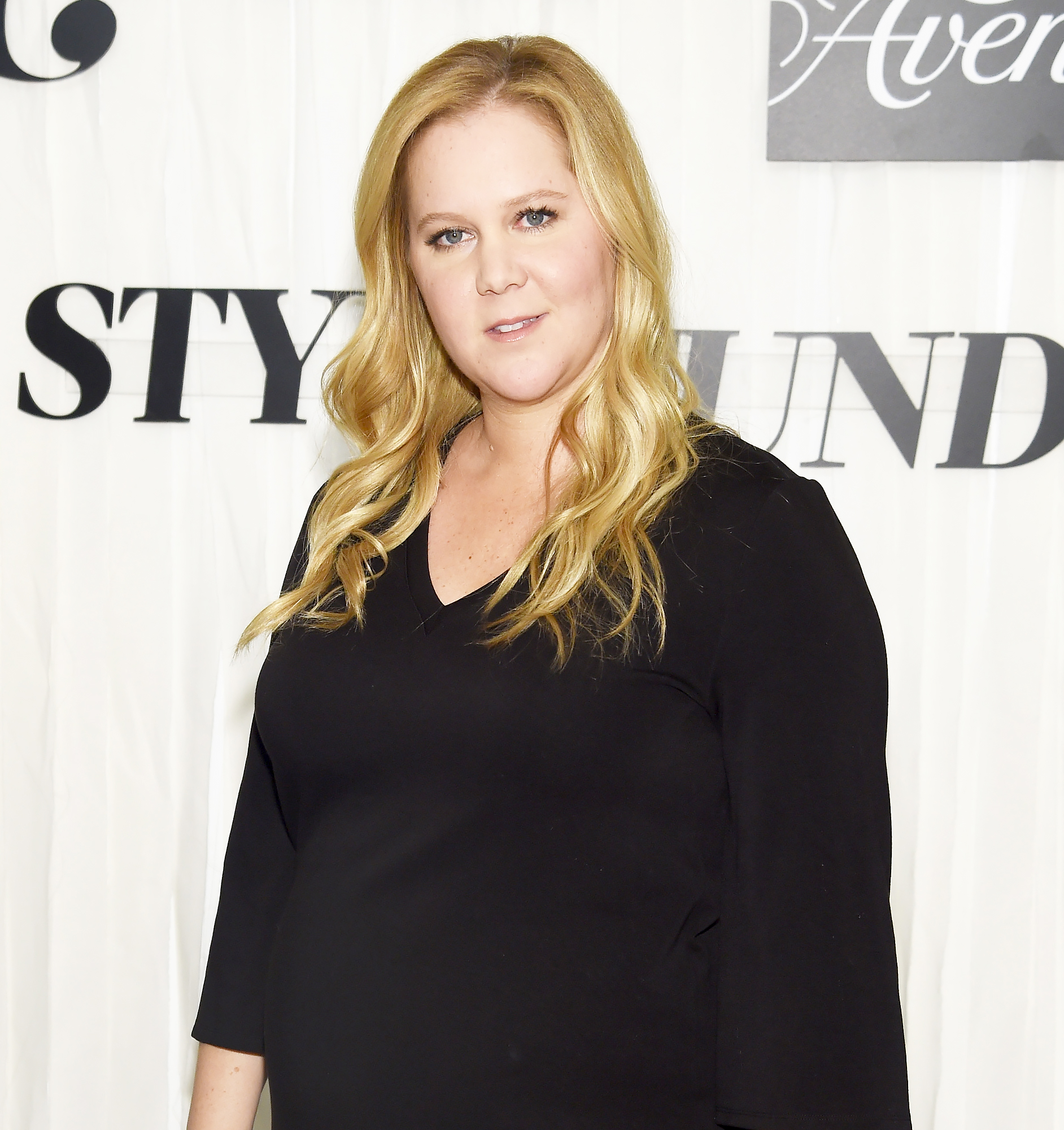 The Los Angeles native was back at work two weeks later, sharing a photo of herself at New York City’s Comedy Cellar on Monday, May 20. “Pic from tonight,” she wrote. “I’m back!”

She and the chef, 39, tied the knot in February 2018 in Malibu. “It was a very chill wedding. It was thrown together last minute,” a source told Us Weekly exclusively at the time. “Most of the guests found out the wedding was happening on Tuesday from a text message sent out by Amy on Sunday. It was like, ‘Hey, this is happening. If you can make it, great. If not, no worries.’ People were in and out all night. It was a gorgeous day. Everyone was having a good time.”

Jenelle Evans Is 'Super Proud' of Stepdaughter for Completing Homeschooling