Michael Underwood from Britain first reported this debilitating paralysis of lower limbs in children in 1789.

The early 19th century saw the initial outbreaks in Europe followed by similar outbreaks in the United States a few years later.

Outbreaks and epidemics of polio were common in the northern hemisphere for the next century every summer and fall.

The disease additionally became more severe with more deaths from polio. In 1952 there were over 20,000 paralytic cases signifying peak rise in the numbers. 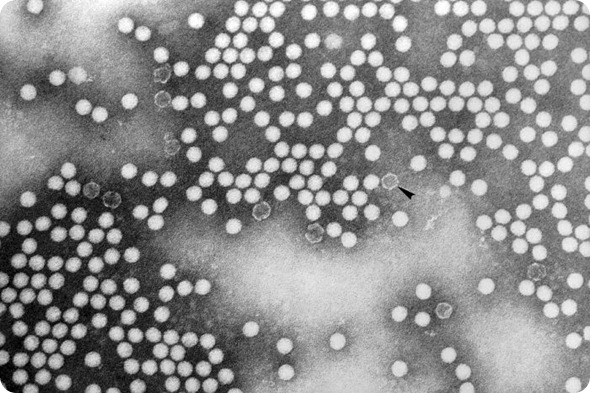 The numbers of deaths and paralytic cases from polio, however, declined following introduction of effective vaccines. United States for example has reported its last case of wild-virus polio in 1979.

Outbreaks still occur in the developing countries, usually in groups of people who have not been vaccinated.

There are now only four countries in which the condition remains a serious health problem. These are:

It is hoped that with vaccination worldwide the disease may be eradicated worldwide in the next decade. (1-5) 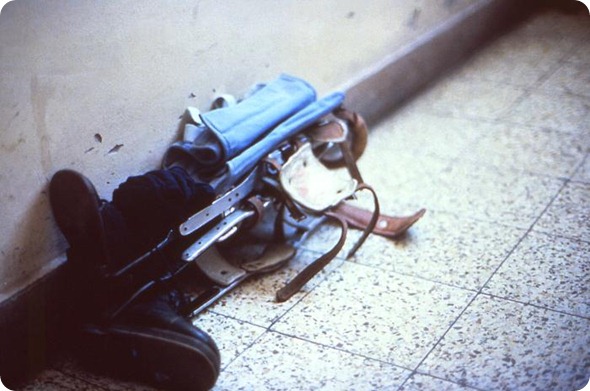 This 1989 photograph depicted a polio patient’s lower limb leg splints lying on a tiled floor, which when worn by a polio victim who’s lower limbs had become paralyzed, would help the person maintain an upright position. Image Credit: CDC

Polio is caused by a virus that can affect the nerves of the spinal cord leading to partial or full paralysis.

The virus enters the mouth and nose and starts to multiply in the throat and intestines. From there it reaches the blood vessels and lymphatic channels. On average an infection takes 7 to 14 days to manifest. (1-5)

Who is at risk of polio?

Those at risk of getting polio include children without vaccine who are exposed to the virus and unvaccinated or unexposed travellers to an area where there is a polio outbreak.

Pregnant women, children and the elderly are more at risk.

Polio infection can manifest as subclinical infections with no paralysis or symptoms; nonparalytic, and paralytic forms of polio without and with paralysis respectively.

About 95% of infections are subclinical infections, which may have no symptoms. Of the rest 4-8% have the non-paralytic variety and 1% develops paralysis. (1-5)

The goal of treatment of polio is to reduce and control the symptoms while the infection runs its course. In severe paralysis – that may affect the respiratory muscles as well leading to difficulty in breathing – life saving measures are needed.

Symptoms are treated based on their severity. There is no specific treatment against polio.

If the spinal cord and brain are spared by the infection, which is the case more than 90% of the time, complete recovery is very likely.

Many patients with lesions in the lower spinal cord however may go on to develop permanent paralysis or disability of the lower limbs. (1-5)

Polio vaccine effectively prevents poliomyelitis in most people with over 90% effectiveness in most populations.

There are two types of vaccine that can prevent polio. This includes the inactivated polio vaccine (IPV given as injection) and oral polio vaccine (OPV – given as drops). (1-5)