Neuropsychiatric lupus (NPSLE), which is often referred to as central nervous system (CNS) lupus, can cause lupus patients to be afflicted with a variety of neuropsychiatric issues ranging from headaches and depression to seizures and a number of demyelinating conditions. 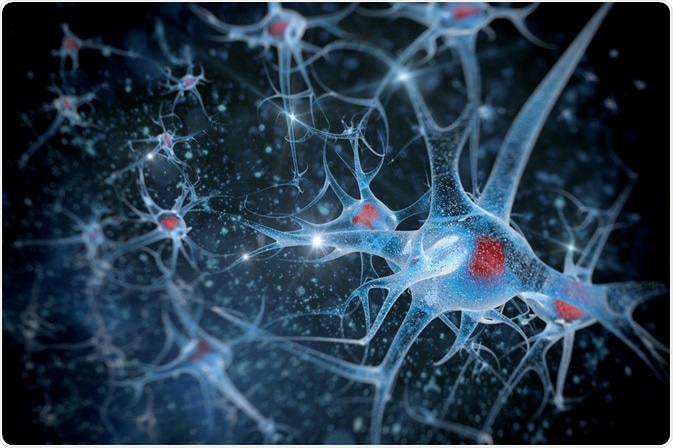 Systemic lupus erythematosus (SLE), which is formally referred to as lupus, is an autoimmune disease that often causes damage to the skin, kidneys, lungs, heart and brain of affected individuals.

Some of the different autoimmune abnormalities that give rise to SLE include the loss of tolerance to self-antigens and the development of autoantibodies. SLE also often causes a deposition of immunological complexes to occur, which leads to the activation of leukocytes and the production of cytokines which, taken together, cause systemic inflammation and tissue damage.

The presence of neuropsychiatric symptoms in lupus patients is often referred to as neuropsychiatric lupus (NPSLE) or central nervous system lupus (CNS) lupus. In 1999, the American College of Rheumatology (ACR) published a set of definitions for 19 NPSLE syndromes, which were then divided into either CNS or peripheral nervous system (PNS) manifestations of this disease.

The CNS syndromes observed in NPSLE include:

Several different mechanisms have been proposed to be responsible for NPSLE; however, the highly complex series of pathophysiological events that occur in lupus have limited the complete understanding of why NPSLE occurs.

The presence of autoantibodies within the serum and cerebrospinal fluid (CSF) has led many rheumatologists to believe that these antibodies may trigger the neurological manifestations of SLE. To date, a total of twenty lupus autoantibodies have been identified as potential factors contributing to NPSLE, which include anti-nuclear antibodies (ANAs), anti-N-methyl-D-aspartate receptor (anti-NMDA) antibodies, antiphospholipid syndrome antibodies (APS) and several others.

Each of the autoantibodies that have been connected to NPSLE have their own probable mechanisms for causing neuropsychiatric symptoms to arise in lupus patients. APS antibodies, for example, bind to endothelial cells by interruption of the coagulation cascade, which ultimately causes a pro-coagulant state to arise. As a result, thrombosis and ischemia of the brain vessels can occur, thus contributing to the clinical presentation of NPSLE. Since cerebrovascular diseases are some of the most common manifestations of NPSLE, there is a strong likelihood that these ischemic strokes are secondary to APS.

Comparatively, other types of lupus autoantibodies that have been implicated in NPSLE are believed to cross a dysfunctional blood-brain barrier (BBB). The most common autoantibodies that are associated with this autoimmune inflammatory mechanism of NPSLE include anti-ribosomal-P or anti-NMDA antibodies; however, anti-endothelial and anti-neural antibodies have also been identified. Once inside the brain parenchyma, these antibodies can promote the release of proinflammatory cytokines, ultimately causing neuronal apoptosis to occur.

Another mechanism that has been identified as a potential mediator in NPSLE includes increased cytokine production from either the PNS or CNS. Some of the different cytokines that are believed to play a role in NPSLE by disrupting the BBB include interleukin (IL)-1, IL-6, interferon alpha (IFNα) and tumor necrosis factor alpha (TNFα).

It is generally believed that many of the autoantibodies that have crossed the BBB bind to autoantigens to stimulate cytokine signaling cascades that subsequently activate the transcription and expression of both cytokines and chemokines. Although a large number of studies have been performed to validate this mechanism of NPSLE, further molecular studies are still required to confirm this mode of action for both cytokines and chemokines in the pathogenesis of NPSLE.

Despite the widespread prevalence of NPSLE affecting between 37% to as much as 95% of lupus patients, it remains one of the most challenging aspects of this disease.

One of the biggest challenges in the epidemiology of NPSLE is determining whether the patient’s neuropsychiatric patients are directly related to their lupus, or instead are unrelated to their disease and are, therefore, a secondary manifestation. For example, some of the medications that are used to treat lupus such as glucocorticoids, as well as the presence of comorbidities such as hypertension or hyperlipidemia, can promote some form of neuropsychiatric manifestations that might not be directly related to the disease itself. In an effort to determine whether the neuropsychiatric symptoms of NPSLE are associated with the lupus disease and not other contributing factors, a new ACR algorithm has been developed that also incorporates imaging techniques and CSF analysis into the diagnosis of NPSLE.

Although NPSLE may occur at any point during the course of the lupus disease, there are many reports of NPSLE patients presenting with symptoms both at the diagnosis of their lupus, as well as before the systemic manifestations of lupus has occurred.

In fact, the MRL/lpr mouse model of lupus has been found to exhibit depression-like symptoms as early as 5 weeks of age, which is comparable to 16 weeks of age, which is when kidney damage and autoantibody production often arises in this mouse model. Taken together, these findings support the belief that NPSLE is primarily driven by neurological factors, rather than as a result of systemic inflammation or medication-related side effects.

After completing her Bachelor of Science in Toxicology with two minors in Spanish and Chemistry in 2016, Benedette continued her studies to complete her Master of Science in Toxicology in May of 2018.During graduate school, Benedette investigated the dermatotoxicity of mechlorethamine and bendamustine; two nitrogen mustard alkylating agents that are used in anticancer therapy.

Bone strength could be linked to when you reached puberty