Cantu syndrome, or hypertrichotic osteochondrodysplasia, is a condition characterized by a range of severe and systemic defects in the body. 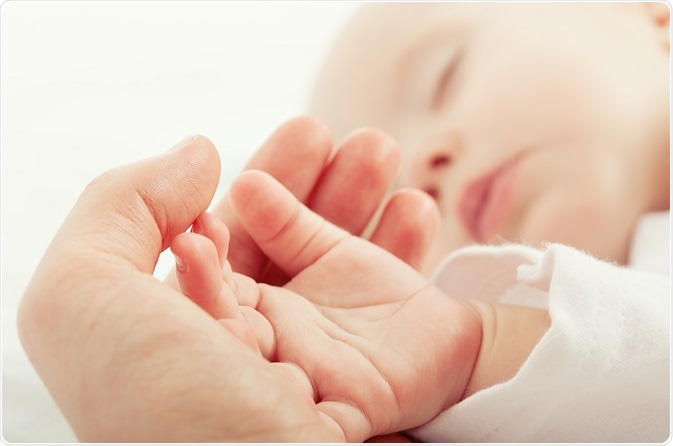 It was first described in 1982 and is caused by mutations in two distinctive genes that code for the regulatory or pore-forming subunits of KATP channels in the heart. Only about 50 cases of this rare disorder have been reported the world over. Most have detectable mutations in the ABCC9 or (much rarer) KCNJ8 genes.

These mutations cause gain-of-function in the isoforms of the ATP-sensitive potassium channels called KATP , which are present mainly in heart muscle. This causes regulatory or pore-forming dysfunction of these channels, respectively, depending on the subunit encoded by the affected gene.

Cantu syndrome is transmitted in an autosomal dominant manner, so 50% of the offspring of an affected individual may potentially inherit the disease. Most cases are due to new mutations, however.

Cantu syndrome is characterized by a combination of:

The diagnosis depends on the clinical symptoms and signs, and is confirmed by genetic testing for a mutation in ABCC9 or KCNJ8. The child must be evaluated for heart, and bone abnormalities other than those, which are obvious at presentation. Brain neuroimaging is required if the patient has persistent headaches or other neurologic symptoms.

Management is based on the symptoms. Hypertrichosis may be treated with depilatory therapies, whether mechanical (shaving) or more sophisticated methods. Heart defects and scoliosis must be treated as early as required. Edema may require compression stockings if persistent or troublesome.

Yearly follow ups are mandatory to monitor the heart size as well as function and other complications. Genetic counseling is offered to the family if one of the above mutations is detected in a proband. Some clinically unaffected parents may have germline or somatic mosaicism and may have thus escaped serious manifestations.

TB could be conquered by common painkillers, research reveals

Coffee addicts really do wake up and smell the coffee