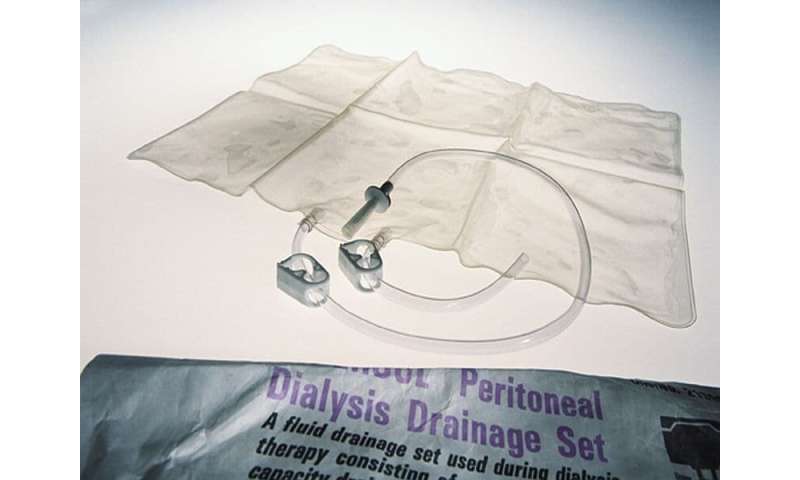 Volume overload is present before the start of peritoneal dialysis (PD), and is associated with risk of death, according to a study published online May 23 in the Clinical Journal of the American Society of Nephrology.

Wim Van Biesen, M.D., Ph.D., from Ghent University Hospital in Belgium, and colleagues conducted a prospective study implemented in 135 study centers for 28 countries. Incident participants on PD were enrolled before starting PD. Volume status was measured before initiation of PD and thereafter in three-monthly intervals. The authors assessed the correlation between volume overload and time to death.

“Our study found that substantial volume overload was present in this incident cohort of participants on PD, with males and subjects with diabetes being more affected,” the authors write.

The most useful dried fruit for women called prunes

How do you know when it’s time to break up? Here’s the research

TB could be conquered by common painkillers, research reveals