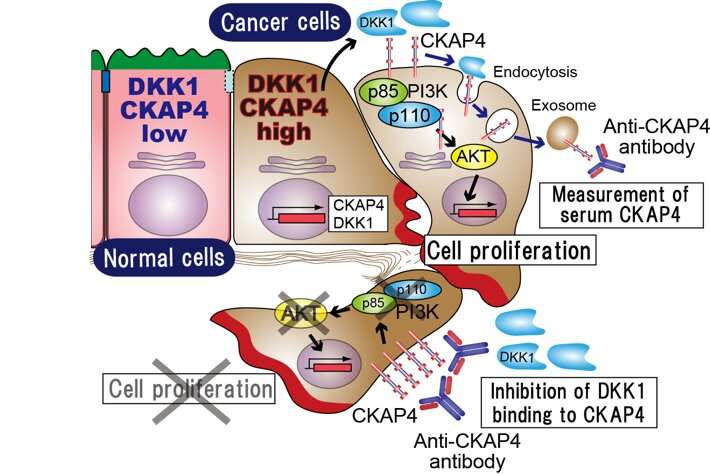 Of all gastrointestinal cancers, pancreatic cancer is one of the most aggressive. Because of this, it has a very low 5-year survival rate of just 5% and a median survival time below 6 months. Additionally, treatment is difficult, with only surgery shown to provide a cure. However, the vast majority of patients have tumors that cannot be removed surgically or their cancer is too advanced or spread too far to be treatable.

Current chemotherapy for pancreatic cancer is ineffective long-term. Therefore, to improve the prognosis and as a novel treatment, Osaka University researchers identified a marker protein that could be used in molecular targeted therapy and companion diagnostics. Such a tool can determine how suitable a treatment is for a specific patient, enabling tailored therapy to be administered.

The team studied CKAP4, a plasma membrane protein that functions as a receptor for the secreted protein DKK1 and promotes tumorigenesis. They found that CKAP4 was released from pancreatic cancer cells in exosomes, which are tiny membranous sacs produced by tumor cells to communicate with each other. An advantage of secreted membranous proteins is that they are fairly simple to detect because of their accessibility, so two related techniques were developed to do just this.

“We generated anti-CKAP4 monoclonal antibodies that we used to develop ELISAs for the detection of CKAP4 released by tumors,” says first author Hirokazu Kimura. “These were successfully able to measure CKAP4 protein in the serum of pancreatic cancer patients, and expression levels were shown to match those determined in the tumors themselves.” 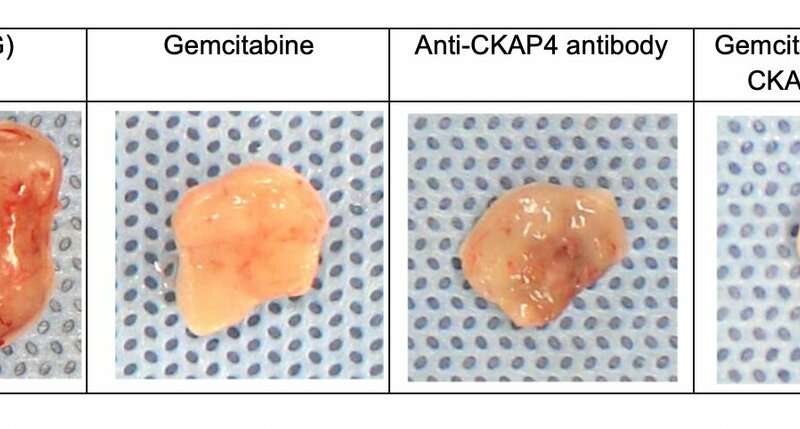 These same monoclonal antibodies had the added advantages of blocking signaling in pancreatic tumor cells and preventing them from proliferating and migrating in the laboratory. The team then analyzed the effects of the antibodies on mouse tumors that had developed from the transplantation of human pancreatic cancer cells. Some of the antibodies inhibited tumor growth and stopped the spread of tumors to the lymph nodes, thus crucially prolonging the life of the mice.

What is Diabetic Ketoacidosis?