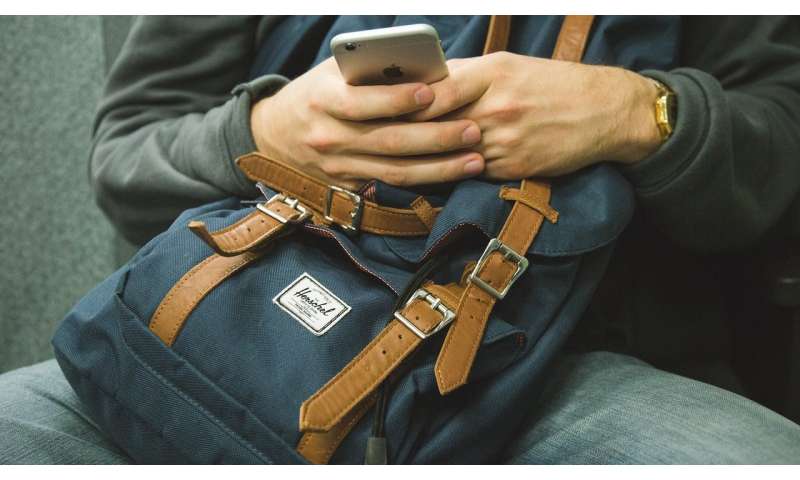 One in five women and one in eight men are now losing sleep due to the time they spend on their mobile phones, according to new QUT-led research that has found a jump in ‘technoference’ over the past 13 years.

Researchers surveyed 709 mobile phone users across Australia aged 18 to 83 in 2018, using questions replicated from a similar survey back in 2005.

They then compared the findings and discovered significant increases in people blaming their phones for losing sleep, becoming less productive, taking more risks while driving and even getting more aches and pains.

Study leader Dr. Oscar Oviedo-Trespalacios from QUT’s Centre for Accident Research and Road Safety—Queensland (CARRS-Q) said the survey results showed 24 per cent of women and 15 per cent of men could now be classified as “problematic mobile phone users”.

Participants were also asked about their driving habits, with researchers finding a correlation between problem phone use off the road and on the road.

Key findings of the 2018 national survey include:

Dr. Oviedo-Trespalacios said the survey had uncovered an interesting pattern of “technoference”.

“When we talk about technoference we’re referring to the everyday intrusions and interruptions that people experience due to mobile phones and their usage,” he said.

“Our survey found technoference had increased among men and women, across all ages.

“For example, self-reports relating to loss of sleep and productivity showed that these negative outcomes had significantly increased during the last 13 years.

“This finding suggests that mobile phones are potentially increasingly affecting aspects of daytime functioning due to lack of sleep and increasing dereliction of responsibilities.”

But on the positive side, less people reported they had received phone bills they could not afford to pay. And, perhaps surprisingly, the number of people who found it difficult to switch off their phone remained fairly constant across the 13-year time span.

Dr. Oviedo-Trespalacios said the survey results also indicated that phones were being used as a coping strategy, with one in four women and one in six men saying they’d rather use their phone than deal with more pressing issues.

He said Australia had one of the highest smartphone penetration rates in the world, with about 88 per cent of adults now owning a smartphone. Globally, the world is expected to pass 2.5 billion smartphone users this year.

“The speed and depth of smartphone take-up in Australia makes our population particularly vulnerable to some of the negative consequences of high mobile phone use,” he said.

“Rapid technological innovations over the past few years have led to dramatic changes in today’s mobile phone technology—which can improve the quality of life for phone users but also result in some negative outcomes.

“These include anxiety and, in some cases, engagement in unsafe behaviours with serious health and safety implications such as mobile phone distracted driving.”