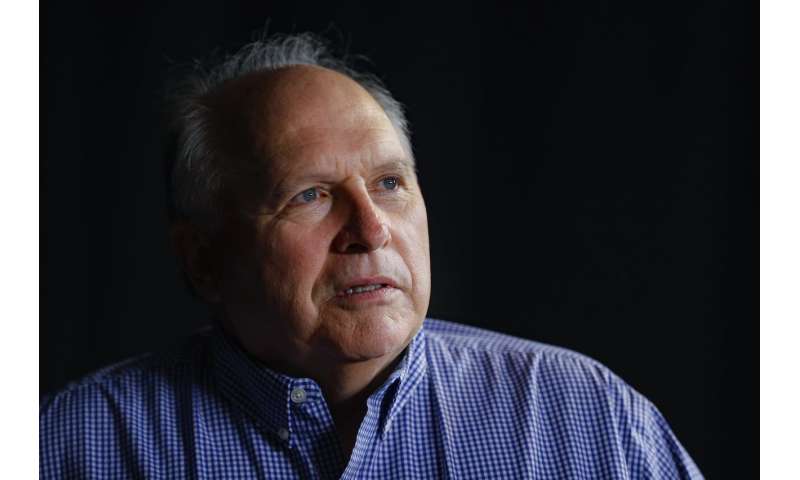 The face, its expression blank. No sign of anger, no flicker of excitement or worry. A numbness.

The right arm is extended toward him, lining up a target for the gun in hand.

“I see him every day,” Jim Meyers said, calmly but emphatically. “Every day. I saw him when I was in the shower this morning. It is burned into my mind.”

The 9mm semi-automatic handgun blasting away the morning of Sept. 6, 2018, in Cincinnati’s Fifth Third Center first hit one of Meyers’ construction co-workers in the back, and then a second co-worker, who would die. The gunfire killed two more people and left a woman riddled with 12 bullets she somehow survived.

Three killed isn’t even close to the largest death tolls from the mass shootings that plague the United States. A total of 38 people died last month in three shootings. One in nearby Dayton killed nine people barely a month before the anniversary of the Cincinnati shootings. 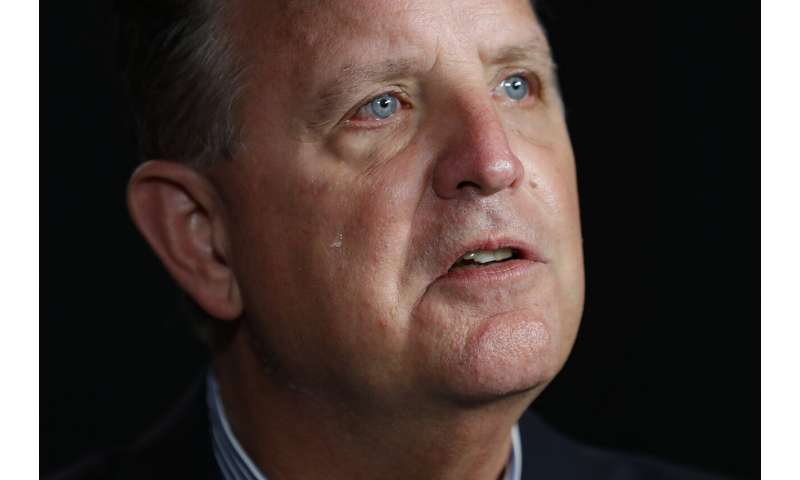 But the tolls extend beyond death counts. The scars aren’t just physical.

Karen Rumsey, a social worker who heads Cincinnati Police Department victims’ services, said the shootings in a downtown Dayton entertainment district some 55 miles (88 kilometers) north of those at Cincinnati’s Fountain Square triggered calls from people she had counseled last year. Their memories of hearing gunfire, fleeing and hiding, and the losses of relatives, friends and colleagues were stirred up by a shooting in another public gathering place not far away.

“People are still struggling,” Rumsey said. “Lives change forever because of the actions of one person.”

For some, the struggles become too much. Suicides have followed mass shootings including those at a high school in Parkland, Florida, in 2018 and at Connecticut’s Sandy Hook Elementary School in 2012.

For family members of those slain, the pain endures over losing a loved one so abruptly. 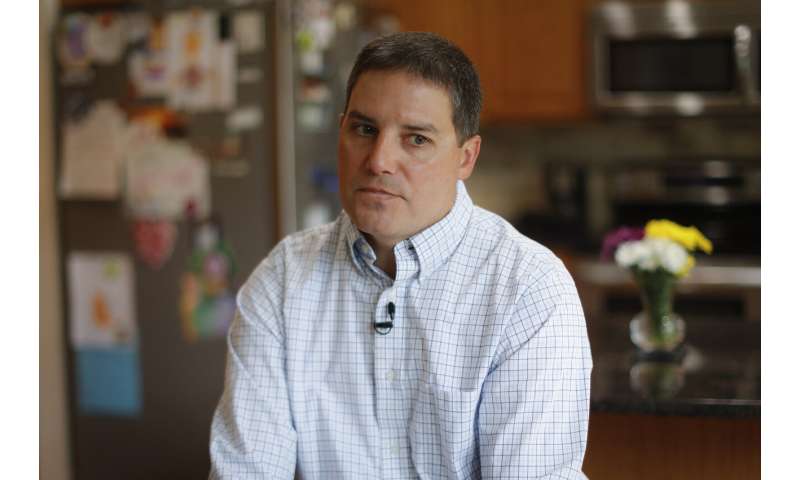 “It’s a lot to go through; it’s the type of thing that you don’t ever think it’s going to happen to you,” said Larry Newcomer, voice choking as he recounted learning that his older brother, Rick Newcomer, 64, had been killed. “That’s probably one of the regrets, because you always think you’ll have more time.”

Brian Sarver, 46, and Whitney Austin, 38, both shot at close range, often wonder why they escaped death that day.

Sarver, Meyers and Newcomer were meeting in the lobby to discuss a construction project. The first shot hit Sarver from behind and exited his body. Newcomer, mortally wounded, followed Sarver down a stairwell while a security guard helped Meyers to one on the other side of the lobby.

“God’s in control,” said Sarver, a father of three whose wife, Lisa, was with members of her Bible study group when he was shot. “I don’t understand everything He does. I can’t explain why I lived when others didn’t.” 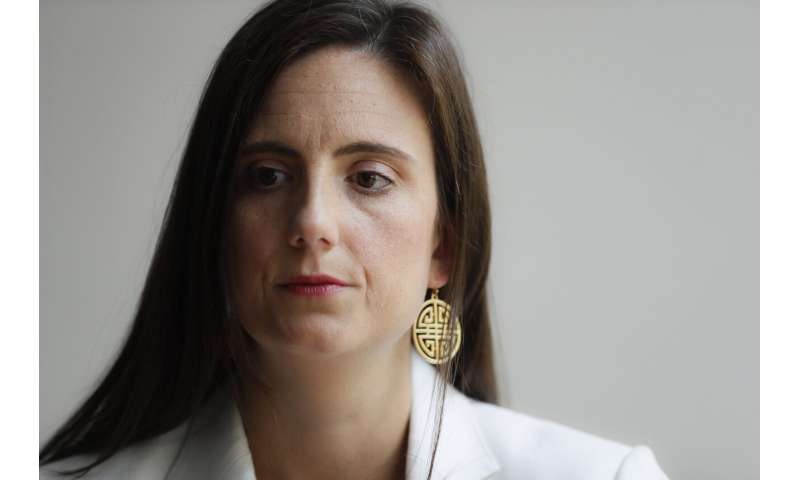 Austin, a Fifth Third executive just arriving from her Louisville home for meetings, was concentrating on a conference call as she came through the revolving door. Shots knocked her down, facing the square outside.

She tried to move her left arm, but it was like “a dummy arm.” It caught the shooter’s attention, and he came back to fire into her prone body. She played dead, and he moved on. She believed she would die, but then spotted a Cincinnati police officer and yelled at him to save her for her children.

Meyers, in a stairwell after shots in his direction missed him, heard volleys of gunfire. He came up to see bodies, blood and shattered glass across the floor.

Austin, all those bullets somehow having missed her internal organs and spine, was planning how to recover even before her surgeries began.

“It was ridiculously lucky, a miracle,” Austin said. “And when something like that happens to you, what do you do with it? Give back, pay it forward. If I wasn’t doing that, I was going to slip into feeling guilty, feeling unworthy.” 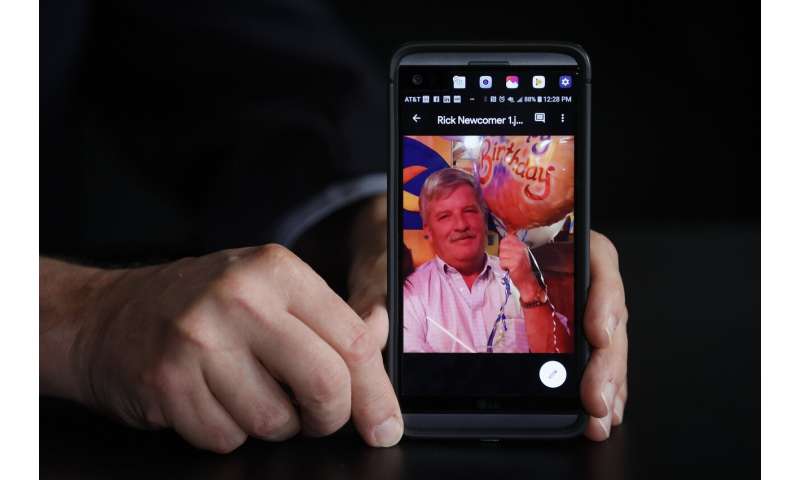 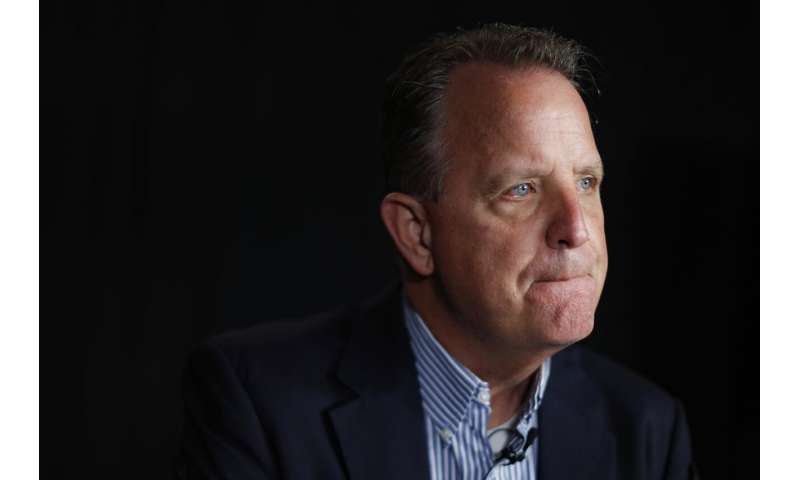 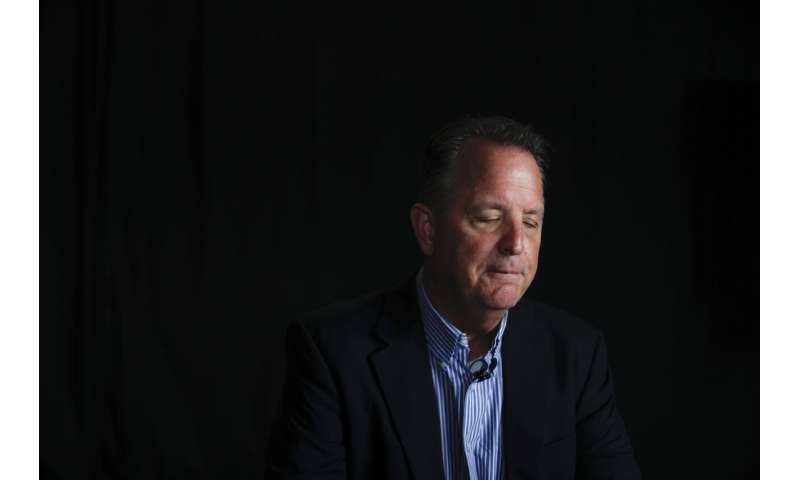 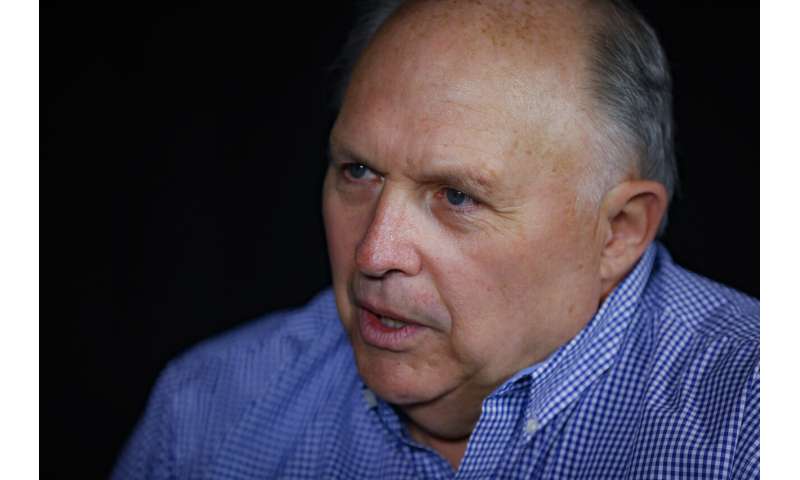 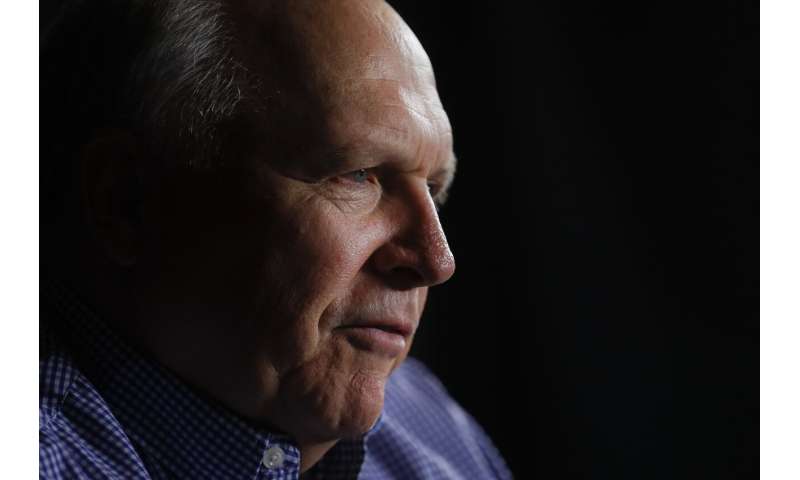 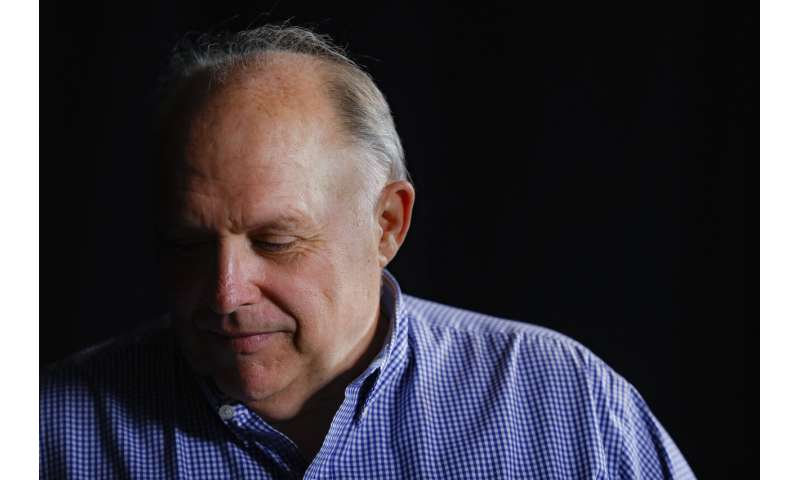 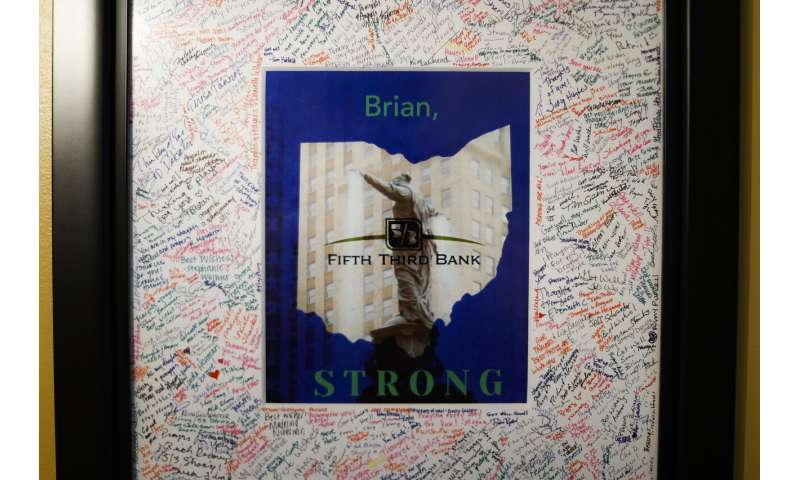 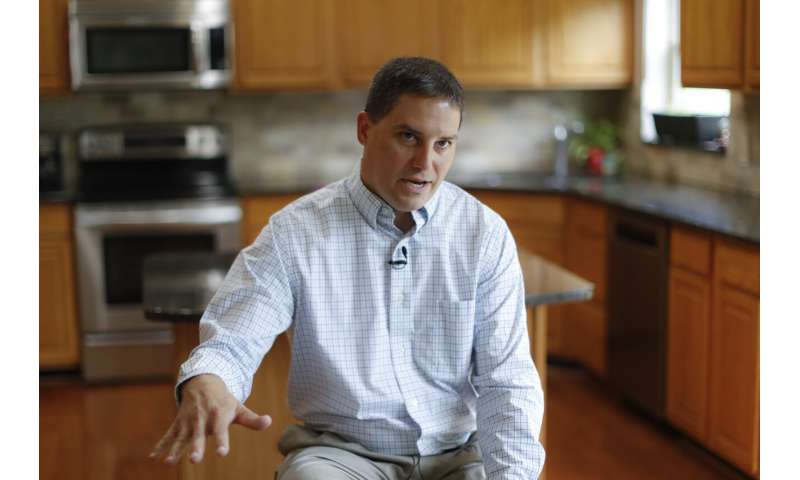 Austin soon founded Whitney/Strong, an organization dedicated to reducing gun violence, seeking common ground on the volatile issue of gun control. She gave up her Fifth Third job to focus full time on her new mission. To improve her understanding, she took gun safety training and forced herself to fire a gun.

Sarver, who underwent emergency surgery to have his ruptured spleen removed, had to work up emotionally to returning to the Fifth Third building. Late in December, on a Sunday afternoon, Fifth Third managers met him at the empty lobby. He was relieved he didn’t go into a panic. He returned to work and now walks through the lobby regularly.

“The impact continues to reverberate on and on,” Austin said. “You continue to be victimized after you’ve already been victimized.”

“You realize that life is precious. Life is unpredictable,” said Sarver, who shuts off his TV amid reports on shootings or other violence. “I went to work that day and I came this close to not returning home.” 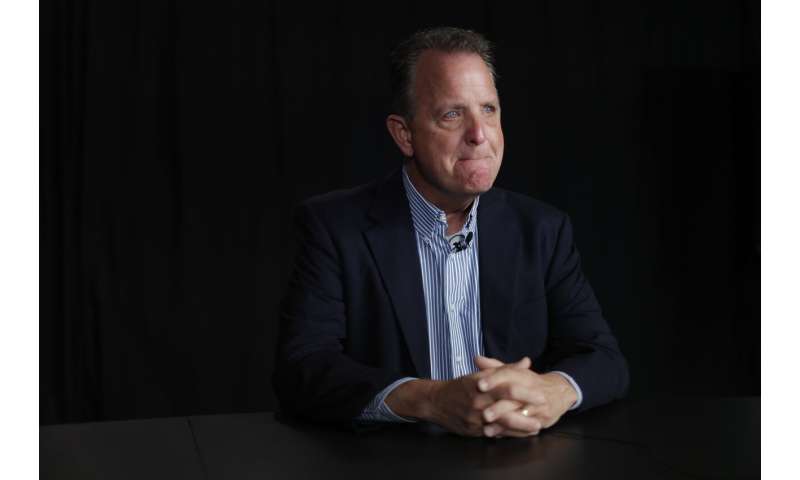 These survivors have advice for others: Don’t try to handle the aftermath alone.

“Don’t be afraid to get help,” said Meyers, 64, who resumed working right after the shooting but remains in therapy. “Don’t be afraid to let your emotions show. Surround yourselves with support, lean on other people when you need it.