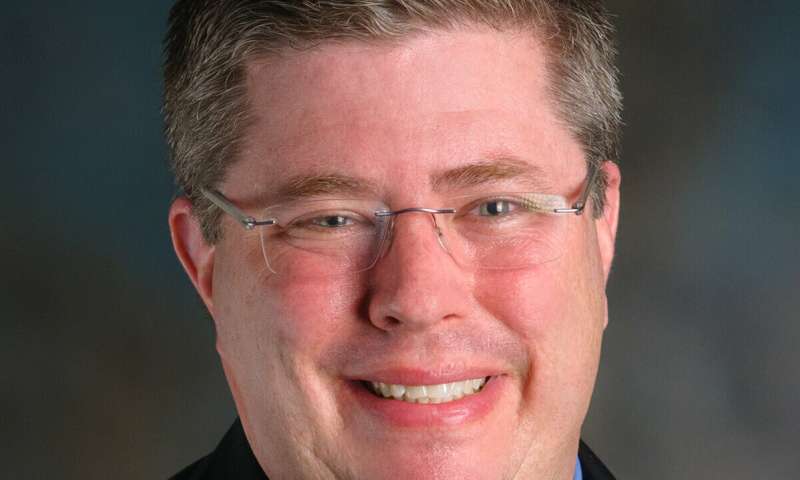 Melanoma tumors that have spread to the brain are equipped to thwart immunotherapies and targeted therapies that succeed against tumors growing in other sites. Researchers at The University of Texas MD Anderson Cancer Center report in Cancer Discovery that the heavy reliance of these tumors on a specific metabolic pathway presents a potentially new therapeutic against these lethal tumors.

The team’s in-depth analysis of brain metastases and comparison of those tumors to others that had spread to different parts of the body was the first such application of advanced RNA sequencing and uncovered a variety of factors that make tumors in the brain so difficult to treat.

“Brain metastases are increasingly recognized as one of our biggest challenges in cancer,” said senior author Michael Davies, M.D., Ph.D., associate professor of Melanoma Medical Oncology. “Melanoma patients with advanced disease have the highest risk of developing brain metastases among common solid tumors, and they are a leading cause of death from this disease.”

Tumors in the brain are diagnosed in up to 60 percent of metastatic melanoma patients. Across all cancers, an estimated 100,000 to 170,000 new cases of brain metastasis are diagnosed annually.

“This research provides new insights into why these tumors may be worse, and it, importantly, found something that might be targetable—oxidative phosphorylation metabolism—with drugs that are in clinical trials now,” Davies said.

Beyond the blood-brain barrier

Even as immune checkpoint blockade drugs and targeted therapies have extended survival of melanoma patients with metastatic disease, they’ve had less success against tumors in the brain. The blood-brain barrier, tight construction of blood vessels that pass through the brain to protect it from toxic elements in the bloodstream, has long been the main suspect in treatment failure.

“There’s lots of evidence that the blood-brain barrier alone cannot explain the poor outcomes that we’ve seen in patients with brain metastases,” Davies said. “There is growing evidence in multiple tumor types that other differences occur in brain metastases that likely contribute to their aggressive behavior.”

Previous clinical trials of immune checkpoint and targeted therapy combinations showed some success shrinking brain metastases, with the immunotherapy combination of ipilimumab and nivolumab demonstrating durable responses for some patients. However, immunotherapies still fail to shrink many brain metastases while targeted therapies don’t achieve long-term responses against these tumors.

To sort out factors that might explain why brain metastases are so difficult to treat, the team conducted advanced sequencing of 88 brain metastases from 74 patients, along with 42 tumors that had metastasized to other organs in 29 of those same patients.

Immune cells in brain tumors associated with longer survivalAnalysis of highly expressed genes in the brain metastases from the 74 patients divided them into two clusters, with tumors in Cluster 2 having significantly enriched immune signaling gene networks and greater immune cell invasion. These patients had significantly longer survival.

Patients with greater immune infiltration were more likely to have been treated with radiation in the past. This association provides support for combining immune checkpoint blockade with radiation, a concept currently being explored in clinical trials. “This is the first data from patients to demonstrate that radiation can increase immune cell infiltration in brain tumors,” Davies said.

Brain metastases have lower immune cell penetration than other tumors

“This may explain why anti-PD-1 antibodies work more effectively against extracranial tumors than in brain metastases,” Davies said. Anti-PD-1 checkpoint inhibitors have a high response rate against metastatic melanoma in general but a low impact on tumors in the brain as a single treatment.

Cells generally rely heavily on two types of metabolism to survive. Mitochondria use oxygen to convert glucose, fatty acids and proteins into energy by a process of oxidative phosphorylation (OXPHOS). A more common form of metabolism in cancer is energy production by glycolysis, the conversion of glucose to energy in the absence of oxygen.

The team’s analysis showed that genes involved in oxidative phosphorylation were upregulated in brain metastases, leaving those tumors reliant on that form of metabolism. Previous research by their team and others has also shown that OXPHOS promotes resistance to immunotherapies and targeted therapies.

The researchers found that brain metastases that form in mouse models of melanoma also develop high levels of OXPHOS activity.

IACS-10759, a drug that blocks OXPHOS developed by MD Anderson’s Institute for Applied Cancer Sciences (IACS), is in phase I clinical trial against blood cancers and solid tumors. IACS, focused on developing impactful small-molecule therapies, is part of MD Anderson’s Therapeutics Discovery Division, a group of clinicians, researchers and drug discovery scientists working to develop innovative treatment options based on the needs of patients and guided by the expertise of MD Anderson clinicians.

The researchers found that treatment with IACS-10759 blocked brain metastases from forming in one mouse model that develops metastatic melanoma, but it had much less impact on primary tumor growth or on the development of lung metastases. Treatment with the drug increased survival of mice with existing brain metastases in other models.