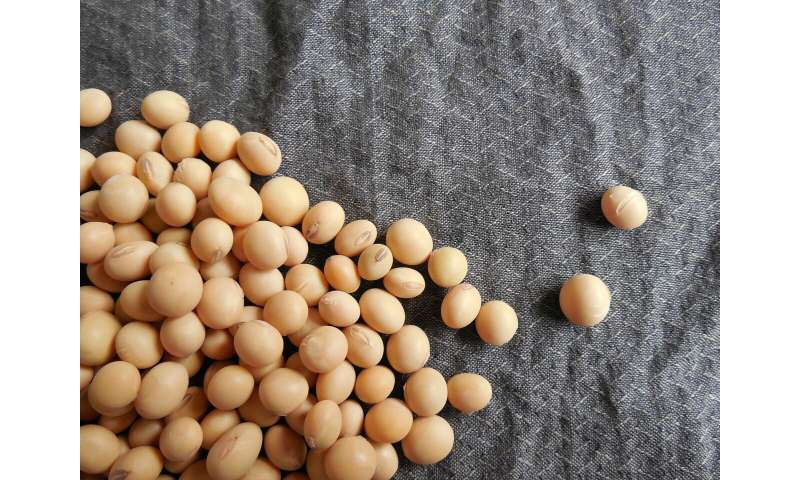 The study results—along with other research—raises new questions about the value of fish oil and also the consumption of soy by women with breast cancer, which is controversial.

“Our study confirms that the benefits of fish oil have been overstated,” said Luke Peppone, Ph.D., assistant professor of Surgery in the Cancer Control program at the Wilmot Cancer Institute at the University of Rochester Medical Center. He led the study, which was published this month by Journal of the National Cancer Institute Spectrum.

For years fish oil supplements, which contain omega-3 fatty acids, have been widely used by Americans to treat or protect against a variety of ills and to promote cardiovascular health. But many studies, including a review of several clinical trials, have shown inconclusive evidence or no meaningful benefit for taking fish oil supplements.

However, because fish oil can reduce inflammation in the body, the Wilmot investigators wanted to find out if it could help with the crushing fatigue experienced by some cancer patients. Previous research has shown a link between fatigue and inflammation, and suggested that fish oil might help.

The fish-oil-versus-soybean-oil study of 80 female breast cancer survivors was designed to use soy as the comparison supplement because it contains omega-6 instead of omega-3. Soy (omega-6) is generally viewed as having pro-inflammatory properties rather than the more desirable anti-inflammatory properties, Peppone said.

The decision to use soybean oil was based on advice from the National Center for Complementary and Integrative Health, he added.

Researchers assessed the women’s fatigue at the outset with standard measurements including screening questions, and then the women were randomly assigned to one of three groups: to receive high-dose fish oil supplements; to receive a low-dose combination of fish oil and soybean oil; or to receive high-dose soybean oil supplements alone. Investigators also collected blood from the patients to measure inflammatory proteins.

All three groups reported a reduction in fatigue, but the most significant reduction was in the omega-6 soybean oil group. The greatest effect was on women who reported the most severe fatigue at the beginning of the study.

Although soy performed well in this study, soy is eyed with caution among many women treated for hormone receptor-positive breast cancer, which is the most common type. The concern is that some soy products, such as protein powders, tofu, and additives in processed foods, contain isoflavones that can exert estrogen-like effects and possibly increase the risk of a cancer recurrence.

Men with chronic kidney disease have worse outcomes than women