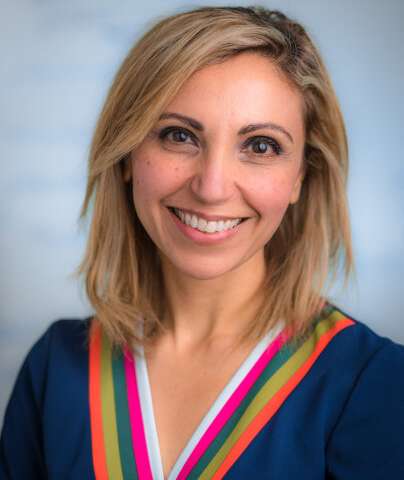 Results of studies on a novel agent to treat multiple myeloma and a combination therapy aimed at slowing the progression of a precursor myeloma condition are among reports being presented by Dana-Farber Cancer Institute investigators at the 61st American Society of Hematology (ASH) Annual Meeting. The results are being presented by scientists in the Jerome Lipper Multiple Myeloma Center and the LeBow Institute for Myeloma Therapeutics at Dana-Farber.

One study yielded promising pre-clinical results using a bispecific T-cell engager (BiTE), an experimental immunotherapy agent to attack myeloma cells in the laboratory and in mice implanted with human myeloma cells. A BiTE is a molecular weapon with two fragments—one that binds to an identifying protein on a cancer cell, and another that binds to a protein on a cytotoxic (cell-killing) T cell, bringing them together in close proximity. This activates the T cell to attack the cancer cell.

BiTEs are somewhat similar to CAR T cells, another form of immunotherapy, but unlike CAR T cells, which are modified in the laboratory from each patient’s immune T cells—requiring a long delay before treatment begins—BiTEs are an “off-the-shelf” product.

One limitation of previous BiTEs is their short half-life in the body, meaning they need to be infused frequently or for a long period of time. AMG 701 has an extended half-life, “making it more convenient to administer,” said Nikhil Munshi, MD, Director of Basic and Correlative Science at the Jerome Lipper Multiple Myeloma Center and an author of the study.

To increase the potency of AMG 701, the researchers administered it along with an immunomodulatory drug—lenalidomide or pomalidomide, drugs commonly used in treating myeloma.

In one experiment, mice that had received implanted myeloma tumor cells along with immune T cells were injected with AMG 701. “Tumors were completely eradicated following three separate injections in the host without weight loss,” said the researchers. In another test, mice with myeloma tumors received AMG 701 or lenalidomide, or a both together, beginning 15 days after the tumor implant until the end of the study. While the tumors in the mice receiving only one of the agents eventually progressed, “the combination of AMG 701 with lenalidomide continuously suppressed tumor growth,” resulting in enhanced tumor regression and prevention of disease relapse.

“These results strongly support AMG 701-based clinical studies, both as monotherapy and in combination with immunomodulatory agents to enhance elimination of residual diseases and prolong long-term durable responses in multiple myeloma,” the scientists said.

First author of the study is Shih-Feng Cho, MD, Ph.D., and senior author is Yu-Tzu Tai, Ph.D. The presentation of these findings is scheduled for Session 652, Abstract 135 on Saturday, Dec. 7 at 10 a.m. in Valencia A (W415A) on Level 4 of the Orange County Convention Center.

Investigators presented results of a phase II trial of a combination of three oral drugs administered to individuals with smoldering multiple myeloma (SMM), an asymptomatic condition that often progresses to full-blown myeloma within a few years. SMM patients have abnormal proteins and cancer cells in their blood and bone marrow but have no symptoms.

The trial included 53 patients with SMM considered to be at high risk for progression because of genetic characteristics of their cancer cells or the percentage of bone marrow infiltration of the cancer cells, said first author Mark Bustoros, MD, from Dana-Farber’s Center for the Prevention of Progression of Blood Cancers (CPOP).

“We wanted to intervene early in these patients to control the disease and delay progression by using a combination of drugs that would be convenient and with minimal side effects and for a specific period of time,” said Irene Ghobrial, MD, Co-Principal Investigator of CPOP and senior author of the study. Patients were prescribed a two-year regimen of 24 cycles of the three drugs used to treat myeloma: ixazomib, lenalidomide, and dexamethasone. Because all the drugs were pills, patients—some of whom lived far from Dana-Farber—only needed to return for blood work and to receive their medications just once a month. The patients ranged in age from 41 to 84, and many were working full-time.

Data collected at a median follow-up period of 14.4 months showed that the overall response rate of patients who completed at least one cycle of treatment was 91.1%, with 14 complete responses or 31.1% (meaning the abnormal proteins had disappeared), nine very good partial responses, or 20%, and 18 partial responses (40%) and four minimal responses (10%).

Thus far, none of the patients in the study have progressed to overt myeloma, Bustoros said. However, the patients haven’t been followed long enough yet for the study to show whether the treatment has extended their progression-free survival, he added: that will take another two years. Historically, 50 percent of patients with high-risk smoldering myeloma develop myeloma within two years.

The drug combination was well-tolerated, and no patients had to discontinue the treatment because of adverse effects.

“These are encouraging results,” he said, “and we hope with a longer follow-up time we will see patients having a durable response” after finishing the two-year course of treatment. “That’s the goal,” he said.

The surprising lead cause of death for pregnant women

The long and short of CDK12