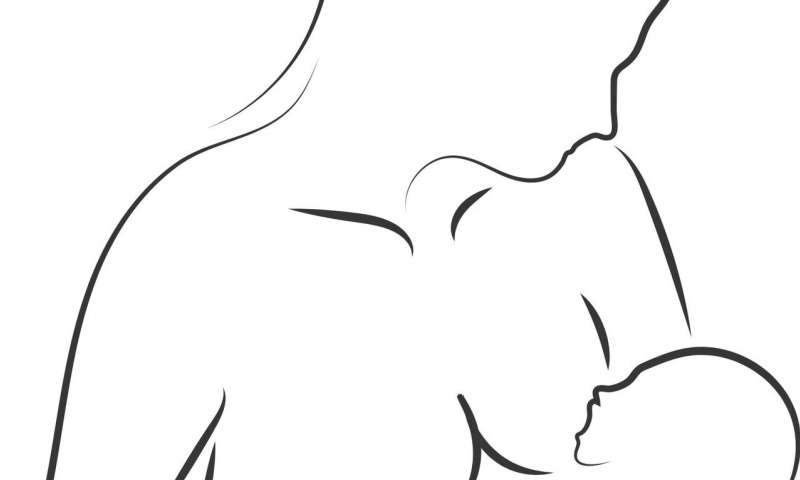 Women taking lithium to treat their bipolar disorder frequently ask if breastfeeding while on the medication will harm their babies. Those fears are largely rooted in sparse studies that have not addressed critical factors, reports a new Northwestern Medicine systematic review.

The review will be published June 10 in the International Review of Psychiatry.

The mood stabilizer lithium is the gold standard of care for treating bipolar disorder, which affects an estimated 22 million women worldwide. It is effective at preventing manic episodes and postpartum psychosis but some experts advise against taking lithium while breastfeeding because of concerns that it will transfer to the breast milk and potentially be toxic to the baby.

Prior to 2000, research on the effects of lithium exposure through breastmilk were retrospective and lacked standardization, such as not including control groups and not considering the health of the mother or her infant or the other medications the mother was taking, the review found. Studies after 2000 were better designed and suggest that lithium is low risk during breastfeeding. Still, more research is needed, the authors said.

“This is a highly controversial topic, and expert recommendations vary, but the truth is it’s 2019, and we still don’t have the evidence to back up any of the fears about lithium use and breastfeeding,” said senior author Dr. Crystal Clark, assistant professor of psychiatry and behavioral sciences and obstetrics and gynecology at Northwestern University Feinberg School of Medicine and a practicing Northwestern Medicine psychiatrist.

The continuation of lithium, like many medications, must be considered on a case-by-case basis and personalized to the individual woman and her infant, the authors reported.

“There are few absolutes when it comes to managing illness while breastfeeding,” Clark said. “It’s not one size fits all.”

Until more research is done, Clark and her co-authors suggest informing patients of possible risks of lithium exposure, such as restlessness, lethargy or feeding problems.

Women typically experience bipolar disorder throughout their childbearing years. Pregnancy and the postpartum period are especially vulnerable times for women with the illness, leading to an increased risk of a recurring episode or postpartum psychosis. Untreated bipolar disorder is associated with poor birth outcomes, such as preterm birth and babies who are small for their gestational age, as well as an increased risk for suicide, which is a leading cause of maternal death.

While the risks of breastfeeding on lithium are still largely unknown, the risks of interrupting lithium treatment are well established and could impact a mother’s ability to care for her child or bond with her baby during a critical time, Clark said.

“I don’t see the same breastfeeding fear with women taking medications for other illnesses such as seizure disorders,” Clark said, referring to the many medications that have not been well studied but are not discouraged for breastfeeding. “There is some stigma related to mental illness that deters physicians from considering it as a vital treatment for the health of their postpartum mothers with mental illness.”

For women taking lithium, the benefits of breastfeeding may justify the risks of breastmilk exposure, Clark said. In future studies, she plans to examine the amount of lithium in breastmilk as well as how much lithium is ingested by the breastfed infants and the effects on early childhood development.

What Are the Health Implications of Saunas?