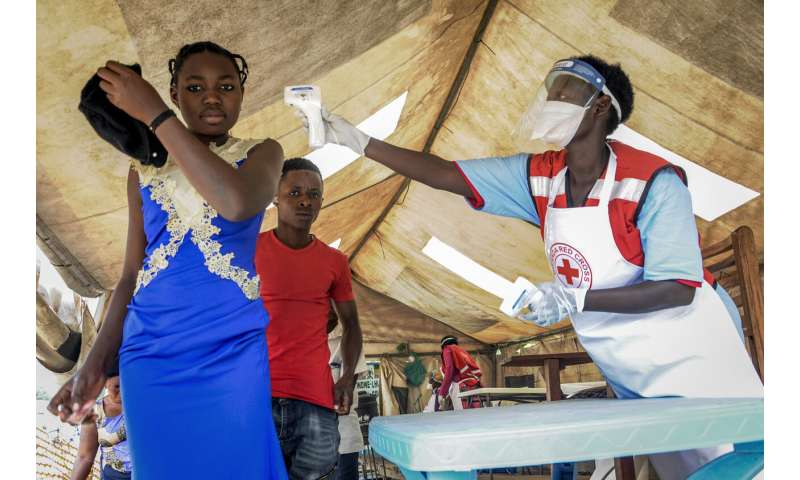 Several well-trodden paths crisscross this lush area where people walk between Congo and Uganda to visit nearby family and friends and go to the busy markets.

The problem is that the pedestrians may unknowingly be carrying the deadly Ebola virus, and hindering efforts to control the current outbreak in eastern Congo, which has killed more than 1,400 people.

The busy border post is open 12 hours a day from 7 a.m., but after dark people walk along the “panyas,” or “mouse paths,” as the narrow dirt trails are known in the local Kiswahili language.

The footpaths show the close kinship between the two countries, where most people have relatives on both sides of the border. But as Ebola rages they are a source of worry for health workers and local authorities trying to prevent any further cross-border contamination. Eastern Congo has battled the Ebola outbreak since last August and last week the disease spread to Uganda, where two people died of the hemorrhagic fever.

“This border is very porous,” said James Mwanga, a Ugandan police officer in charge of the Mpondwe border post. “You will not know who has passed if the person went through the unofficial border posts, in most cases. Now there is anxiety and so on. We have heightened our alertness.” 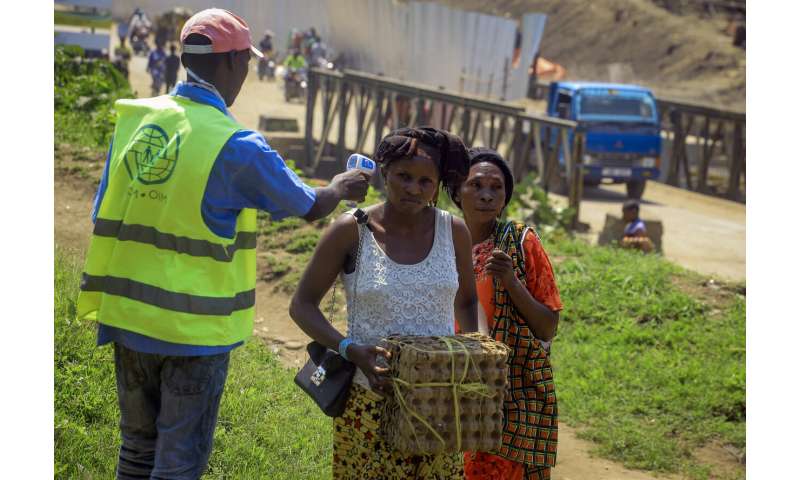 The Ebola deaths in Uganda happened after a family of Congolese-Ugandans traveled to Congo to care for a family elder suffering from the disease.

Authorities believe members of that family, including a 5-year-old boy and his 50-year-old grandmother who have since died of Ebola, took a footpath back into Uganda. In doing so, they may have exposed many Ugandans to the viral disease.

The current outbreak in eastern Congo has become the second worst, after the West Africa epidemic of 2014-2016 in which more than 11,000 people died. Despite new anti-Ebola vaccines, the current outbreak has been difficult to control. Eastern Congo is one of the world’s most turbulent regions and rebels have attacked medical centers while community resistance has also hurt Ebola response work. The virus can spread quickly via close contact with bodily fluids of those infected and can be fatal in up to 90% of cases.

Identifying people who might have been exposed is crucial. The World Health Organization says at least 112 Ebola contacts have been identified in Uganda. 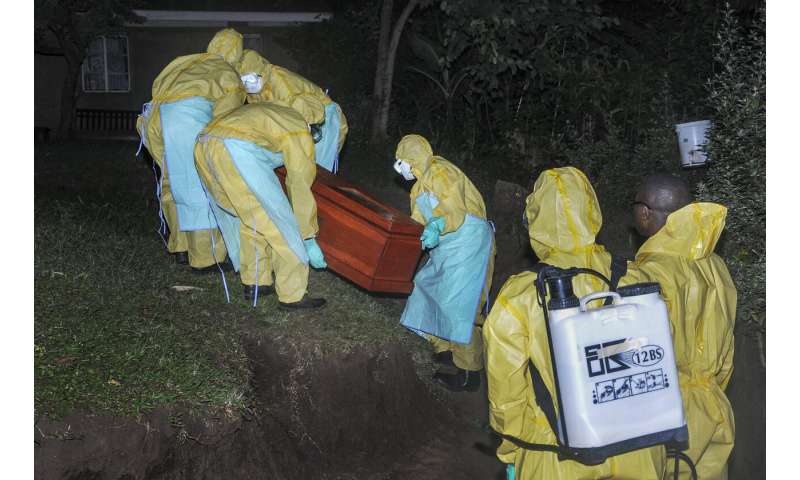 The outbreak is an “extraordinary event” of deep concern but does not yet merit being declared a global emergency, a Word Health Organization expert committee said last week.

Declaring an emergency could have “unintended consequences,” such as airlines stopping flights or governments closing borders, Preben Aavitsland, the acting chair of the committee, told reporters.

Congo’s Ministry of Health said the decision shows that its efforts to control the outbreak are effective, and some Congolese health workers are also opposed to declaring an emergency.

“Imagine if neighboring countries closed their borders because of us,” said Gerard Kasereka, a health worker who oversees preventive handwashing in the Congolese town of Butembo. “We would suffer because most of the people in Butembo make their living from commerce and most of our merchandise comes from Uganda, Kenya and Dubai.” 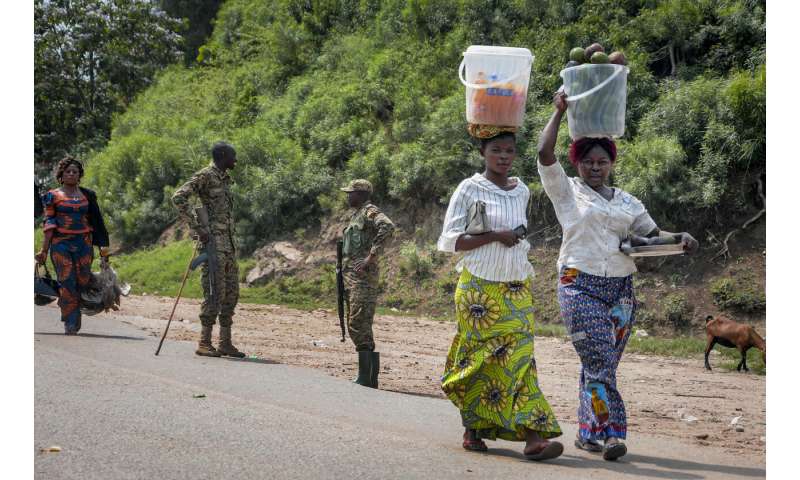 Despite the obvious risks of further cross-border contamination, Ugandan health officials insist they are prepared to prevent the disease from spreading. They urge vigilance and advise people to avoid hugging and even handshakes. At multiple border crossings travelers must wash their hands in chlorinated water and have their temperature taken before they can proceed.

Uganda has faced several Ebola outbreaks in recent years and has succeeded in bringing them under control, although the area in western Uganda where last week’s deaths occurred has never experienced an outbreak. The country’s first outbreak, in 2000, infected 425 Ugandans and killed more than half of them in the country’s north. Another outbreak in 2007 killed 37 people in Bundibugyo, a remote district close to the Congo border.

“I cannot find a relative in Uganda who is willing to let me stay with them,” said Morian Kabugho, who lives in the Congolese village of Kasindipo and crosses into Uganda to sell eggs in the busy market.

She complained of the health officials in Congo. “I am not happy with my government. The nurses are lazy. When you go to the nearest health center, they will tell you to go far away in Beni,” Kabugho said. 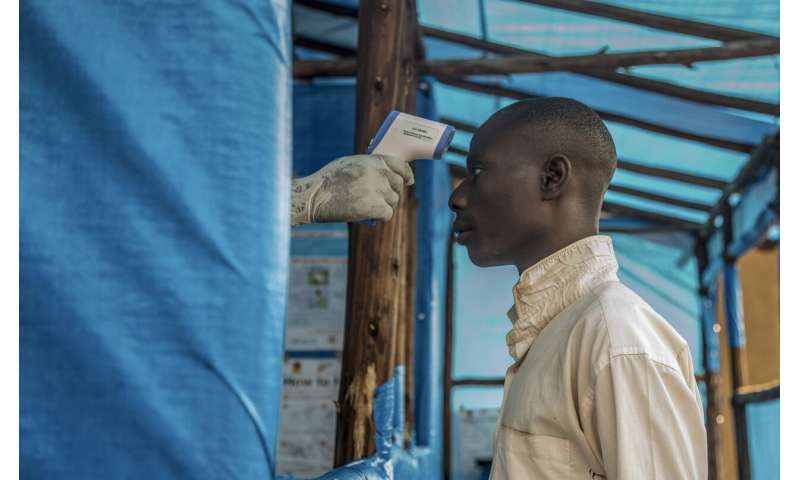 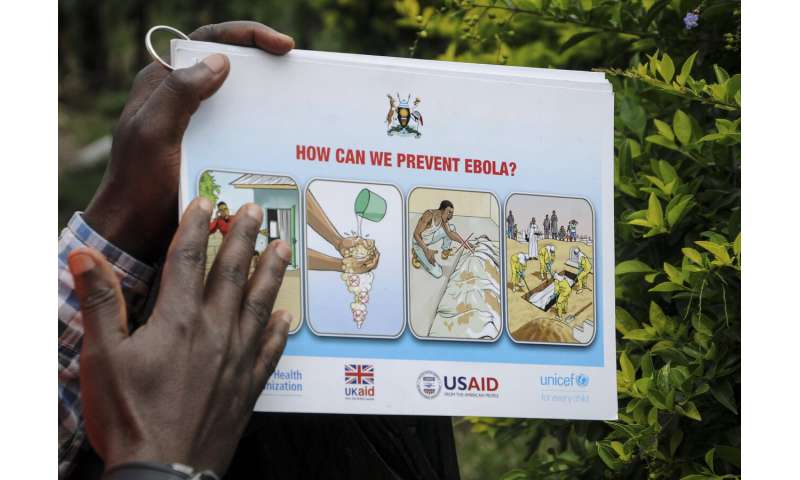 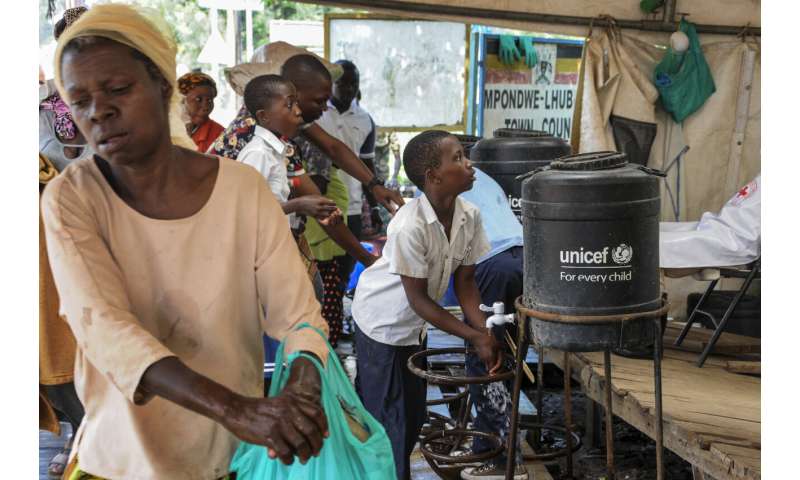 She said if she ever had a fever and feared she had contracted Ebola, she would cross into Uganda in hopes of getting better care there.

Local authorities acknowledge it is difficult to police the border but hope more people will heed safety messages.

“The challenge we have here is low levels of adoption of the messages we send to the people. A woman comes from Congo, avoids the border crossing and goes through a panya,” said Moses Mugisa, a town clerk who oversees the border area.

As many as 800 Congolese walk into Uganda daily at the Mpondwe border post, according to official figures, but there is no count of how many cross using the footpaths. The numbers swell on market days, when traders arrive with everything from vegetables to sacks of grain. 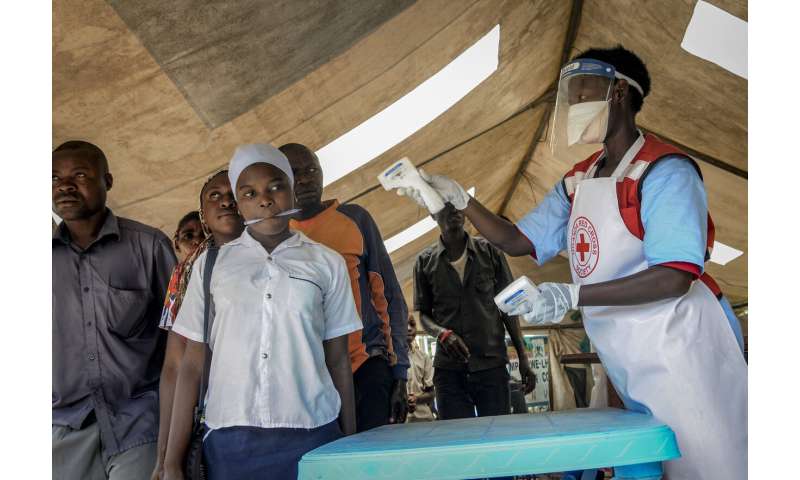 “The numbers are overwhelming,” said Primrose Natukunda, a branch manager with the Uganda Red Cross who supervises health teams screening travelers. “So, it’s not easy. It’s constant. Every minute you have to be on alert.”

The new gene therapy that could help save sight

What is Dental Pulp?