Loren Cordain, PhD, formerly of the Colorado State University, is the founder of the Paleo Diet concept. 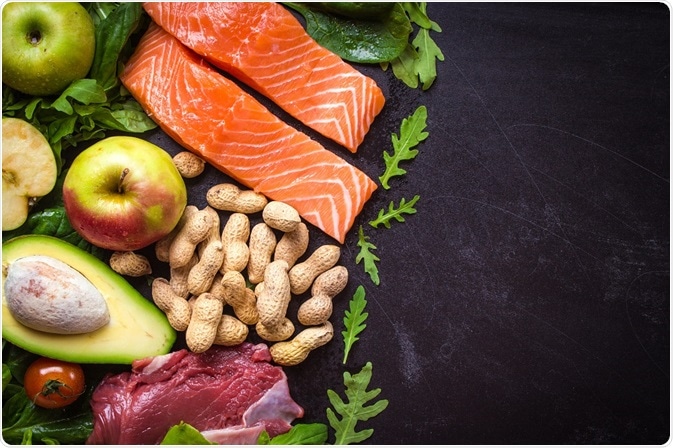 Dr. Cordain developed the Paleo diet following a 20-year old journey, in which he studied nutritional anthropology, investigated dietary patterns and analyzed the health of various populations of the world, as well as noting the changes that occurred when these patterns were altered.

Cordain is of the strong opinion that human physiology was optimum during the Paleolithic or Stone Age era, extending from about 2.5 million to 10,000 years ago. He states that the human diet at this time consisted of hunting wild game, fish, bovinae and some birds, with the addition of gathered greens, roots, fruits, nuts, and seeds.

This diet was rich in protein, primarily through animal meat and nuts, while containing low-starch vegetables and fruits. Fats were relatively abundant through nuts, seeds, fish, eggs, and fruits like avocado, and were mostly mono- or polyunsaturated fatty acids.

Cordain suggests that current evidence indicates an almost unaltered DNA over the last 2.5 million years, which shows that man is still genetically adapted to a hunter-fisher-gatherer diet. However, the modern diet in most developing and developed countries has largely changed beyond recognition.

This has been associated with huge increases in lifestyle diseases such as type 2 diabetes, obesity and cardiovascular disease. Moreover, introducing an indigenous population to a typical Western diet and lifestyle almost always results in increases in morbidity and mortality rates. Whether this indicates a genetic inability to deal with the introduction or increase of grain and legume foods, or simply overeating, remains to be conclusively shown.

Weston Price published Nutrition and Physical Degeneration: A Comparison of Primitive and Modern Diets and Their Effects (1939) on how westernized diets brought ill-health to non-western populations. He had therefore concluded that a more primitive diet was the right type of diet for humans. Such a diet had neither added salt nor sugar, no refined sugar or grains, but plenty of fruit and non-starchy vegetables.

In 1975 gastroenterologist Walter Voegtlin wrote The Stone Age Diet: Based on In-depth Studies of Human Ecology and the Diet of Man based on his research into nutritional anthropology and personal experience treating patients with digestive problems and intestinal conditions such as IBS with this type of diet.

It was in 1987 that Cordain read a classic paper by Boyd Eaton called Paleolithic Nutrition: a Consideration of its Nature and Current Implications (1985), published in the New England Journal of Medicine. From this point on, Cordain focused only upon ancient human dietary patterns. In 1999 he published a seminal paper, Cereal Grains: Humanity’s Double Edged Sword.

The Paleo Diet (2002), proved wildly popular and its case very plausible because of the thousands of experiments lending support to the components of the theory proving that a Paleo diet helped promote health, weight loss and heal some diseases.

One such early study was published in the journal Diabetes in 1984, performed in Australia by Dr. Kerin O’Dea, on 10 Aborigines who had been westernized after having lived as hunters and gatherers until that time.

They gained weight once they started to live in a farming community where they could buy canned food and some developed type 2 diabetes. When they returned to their former lifestyles, even for a short seven-week period, they lost significant weight (about 16.5 pounds on average,) as well as registering drops in blood lipids and glucose levels and decreased blood pressure.

Another study was that of Dr. Staffan Lindeberg M.D., Ph.D. from Lund University, Sweden. Having examined these diets for almost 25 years in various isolated populations, he found that diets excluding cereals, dairy, sugar or vegetable oil resulted in healthy older citizens, without obesity, cardiovascular or cerebral conditions and hypertension or diabetes was unknown.

Several papers published by him supported the weight loss that occurred with the Paleo diet. Other papers soon followed in the next ten years, showing that the Paleo diet worked better than isocaloric diets which made up the missing calories from carbohydrates in the form of whole grain bread and potatoes.

Following the success of the 2002 book, due largely to its citing of what is called Darwinian medicine, Cordain and others brought out many other publications to widen the base of the Paleo movement.

Evidence that the stringency of the Paleo diet is necessary to achieve and maintain weight loss, reduction in blood pressure, blood lipids and glucose intolerance, is not conclusive, as other well-publicized diets have been found to be equally effective.

Yet, this diet has spawned many diet plans, cookbooks and websites, with many unsubstantiated claims being made largely on the basis of anecdotal evidence.