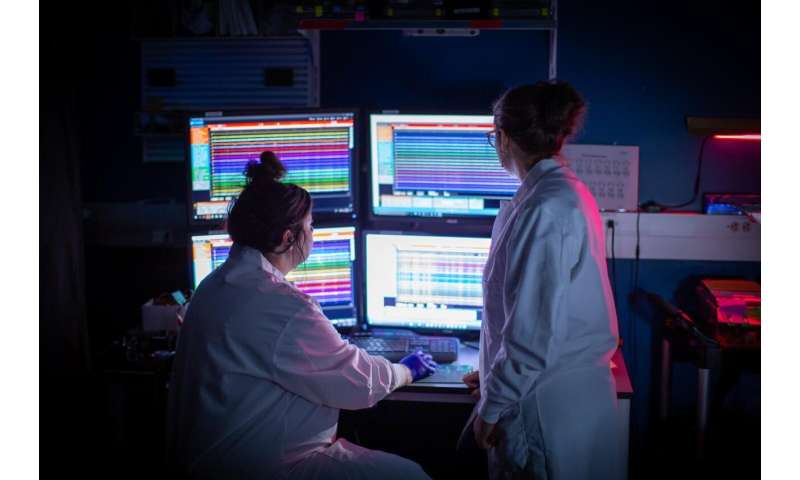 The Allen Institute today released its first—and the world’s largest—dataset of electrical brain activity gathered using Neuropixels, a new high-resolution silicon probe that can read out activity from hundreds of neurons simultaneously. These data capture billions of lightning-fast spikes of electrical communication sparked from nearly 100,000 neurons as laboratory mice see and respond to images and short movies.

“Previously, because the tools were limited, we were only recording from one area of the brain at a time. But it’s really the interactions between many areas that generate perceptions and decisions and all the other complex actions our brains allow us to do,” said Josh Siegle, Ph.D., Senior Scientist at the Allen Institute for Brain Science, a division of the Allen Institute, who works with the Neuropixels probes. “We’re at a turning point in terms of the tools we have on hand to interrogate the brain. This will lead to a turning point in our ability to not only understand the brain, but to correct disorders and diseases that have evaded our understanding for a long time.”

This dataset is still only a small fraction of activity from the mouse brain’s 75 million neurons, but it’s a big step up from listening to one or a small handful of neurons at a time. If you think of neural communication as an unknown, largely hidden language, it’s as if researchers have gone from overhearing a few foreign words out of hundreds of conversations to thousands of words at once.

“The combination of the Allen Institute’s expertise in large-scale, systematic science with the scale and detail of Neuropixels recordings provides a fantastic opportunity for the world to peer deep into the mouse visual system with unprecedented resolution,” said Nick Steinmetz, Ph.D., an Assistant Professor at the University of Washington and an Allen Institute for Brain Science Next Generation Leader. “These datasets, with hundreds of simultaneously recorded neurons, will be a goldmine for those seeking to understand neural coding and dynamics in these regions of the mammalian brain.”

Data at the speed of thought

Neuropixels, delicate silicon probes recently developed in a collaboration between the Allen Institute and other research organizations, can measure activity from more than 1,000 neurons across many regions of the brain in a single experiment. Allen Institute researchers are using these probes in the Allen Brain Observatory, a standardized experimental platform to study neurons in action, in real time. In contrast to indirect readouts of brain activity, these probes have the resolution to keep up with the speed of neural communication.

“We record the concerted activity of hundreds of cells with sub-millisecond precision, which means we’re directly listening to the electrical all-or-none pulses that are the universal idiom by which neurons communicate,” said Christof Koch, Ph.D., Chief Scientist and President of the Allen Institute for Brain Science. “There are a vast number of neurons in this dataset whose activity has never been seen by a human eye. These data are unprecedented—and we’re releasing them publicly and in a standardized format so that anybody on the planet can use them for their own discovery.” 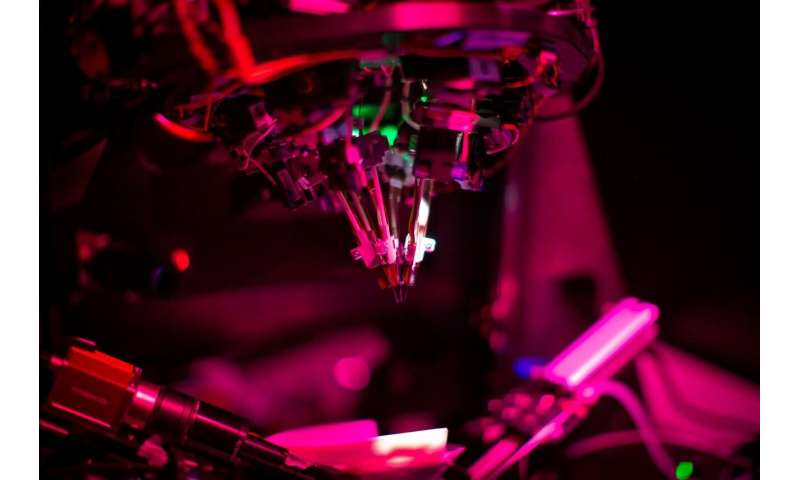 “Uncovering the cellular makeup, the parts list, of these two essential structures is critical to an understanding of how the mammalian brain works in health and disease,” said Hongkui Zeng, Ph.D., Executive Director of Structured Science at the Allen Institute for Brain Science. “These data cover areas of the brain that, in humans, play roles in conditions ranging from Alzheimer’s disease to psychiatric disorders. Defining the cell types in these regions is an important first step to better understanding the origins of brain diseases.”

Along with the cell types data, the researchers also debuted a new data visualization tool, Transcriptomics Explorer, that allows users to easily access cell-type information from mouse and human brains and to explore several custom-built visualizations of the data through the online resource.

To better understand how specific types of neurons in the brain connect and pass information, Allen Institute researchers are also studying connections between neighboring neurons using a technique known as “multipatch” electrophysiology. Today’s release includes the first such data from these experiments.

To listen in on the electrical chatter of a cluster of neurons, Allen Institute researchers built customized “octo-patch” rigs that allows the scientists to attach small electrodes to up to eight neurons at once, spurring a pulse of electricity in one neuron and recording responses in its connected neighbors. By probing specific classes of neurons, they’re using this dataset to understand the brain’s rules of connectivity—which kinds of cells are likely to talk to each other and what type of signals they send. By studying connections at the level of cell types, the researchers hope to uncover more precise information about the rules that underlie brain connectivity.

How Instagram Is Not Good For Your Mental Health