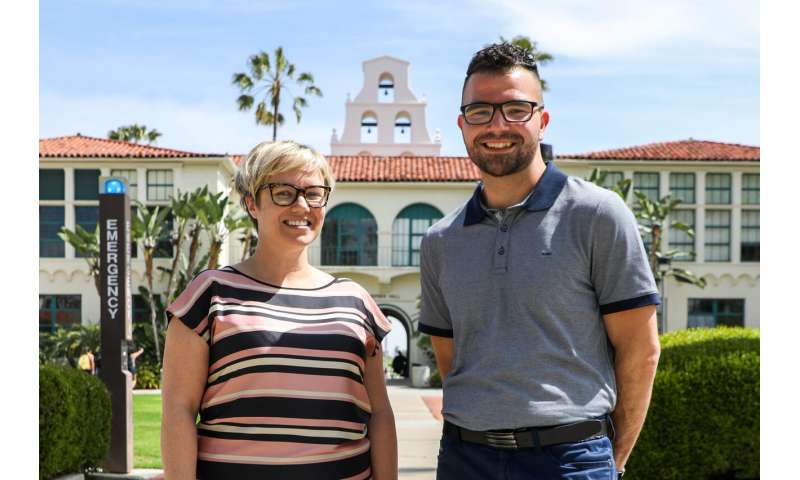 A San Diego State University study is among the first to describe trends in cancer mortality by specific Hispanic group for the 10 leading causes of cancer deaths nationwide.

There are subtle and sometimes significant differences in food habits, cultural mores, and lifestyles among Cubans, Mexicans, Puerto Ricans, and Central and South Americans in the U.S. This also extends to their risks of getting cancer and dying from it. Yet the subgroups tend to be bunched under the larger umbrella of Hispanic Americans, much like Asian Americans, despite the inherent diversity.

National cancer mortality statistics tell very different stories depending on whether Hispanics are grouped together or separated according to their underlying ethnic origin. This is especially true for men within certain Hispanic groups, who had significantly higher, differentiated risks when compared with women who had fairly similar risks.

The study came about because a third-generation Mexican-American graduate student researcher at SDSU wanted to understand what his own risks were. Steven Zamora undertook a year-long data study that examined national cancer mortality rates from the National Center for Health Statistics (NCHS) for the period between 2003 to 2012, which led to surprising findings about each ethnic group, and stomach and liver cancers in particular.

“I wanted to study something that would have lasting impact and this was very rewarding personally,” said Zamora, who completed his master’s in public health at SDSU’s School of Public Health. “While Hispanic groups may have similar stories when it comes to immigration, they’re very different in terms of job and education opportunities, health outcomes, and access to care.”

Published online first at Cancer Epidemiology, Biomarkers and Prevention, an American Association for Cancer Research journal, the study found Mexican American and Puerto Rican American males were dying at twice the rate of non-Hispanic whites from stomach and liver cancers.

“These are the two most worrisome cancers for Hispanic Americans, and both are caused by chronic infection,” said Caroline Thompson, senior study author and assistant professor of public health at SDSU.

Puerto Rican American males had the highest liver cancer deaths at 16 per 100,000, followed by Mexican Americans at 14, while non-Hispanic white males were at seven. For stomach cancer, Mexican American, Puerto Rican, Central and South American males had mortality rates of eight per 100,000 while non-Hispanic whites were at four. “We also found that liver cancer mortality rates are increasing for males and females of all Hispanic groups,” Thompson said.

Cuban Americans, on the other hand, tended to reflect the trends of non-Hispanic whites for these two cancers, being one of the early immigrant groups that have been in the U.S a lot longer than newer immigrants. With better access to health care and better compliance with vaccinations and cancer screenings, this appears to have protected them from infectious disease related cancers more than other groups.

However, Cuban American males did have higher rates of lung cancer deaths compared to other Hispanic groups, at 50 per 100,000, while the comparable figures were 67 for non-Hispanic whites, 30 for Mexican American males, and 15 for Central and South Americans.

The good news is that except for stomach and liver cancers, Hispanic Americans had better cancer outcomes and lower cancer mortality rates than non-Hispanic whites, results which are consistent with findings from the American Cancer Society.

“Why do Hispanic Americans have better health outcomes even though they have lower socio-economic status, poorer access to care and language barriers?” Zamora asked. “This is something we don’t know yet, but it’s not limited to cancer mortality. There is a health advantage for Hispanics that we can’t really explain, but it’s also not equal among all Hispanic groups. This benefit or paradox actually disappears the longer they’ve been in the U.S.”

Where does chronic pain begin? Scientists close in on its origins