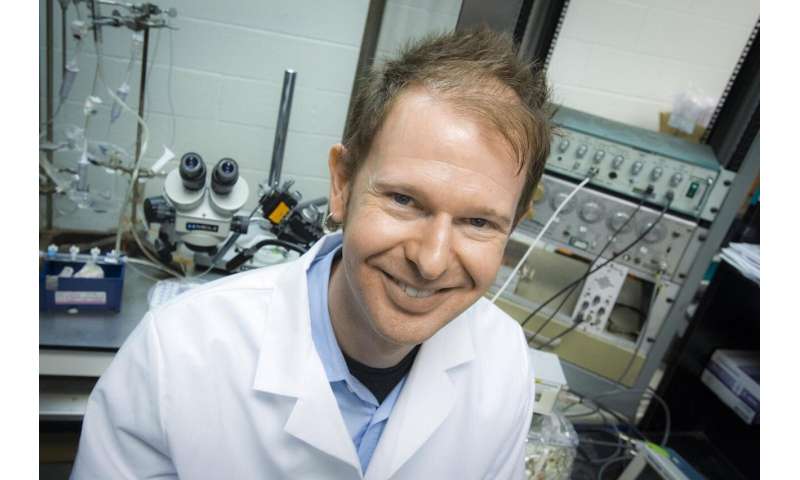 In healthy people, inhaling ozone or particle pollution triggers a defensive lung-heart reflex (pulmonary-cardiac reflex) that automatically slows heart rate to accommodate oxygen deficiency and help slow distribution of pollutants throughout the body. Yet, when patients with cardiovascular diseases breathe pollutants that same protective mechanism does not kick in. Instead, their heart rates intermittently speed up, known as tachycardia, and can evoke a potentially deadly irregular heart rhythm, known as premature ventricular contractions.

What accounts for the difference? University of South Florida Health (USF Health) researchers who study the role of sensory airway nerves in protective behaviors wanted to know.

Their preclinical findings, reported May 11 in The Journal of Physiology, help explain the altered physiological response to air pollution in patients with preexisting cardiovascular disease.

“The speeding up of heart rate and abnormal heart beats (in the hypertensive rats) were due to the switching on of this ‘flight-or-fight’ nervous system not seen in the healthy animals exposed to noxious agents,” said senior author Thomas Taylor-Clark, Ph.D., associate professor of molecular pharmacology and physiology in the USF Health Morsani College of Medicine. “The heart was responding to an aberrant nerve-generated reflex that may worsen preexisting cardiovascular disease.”

To simulate effects of air pollution inhaled into the lungs—difficult to recreate in a laboratory setting—the USF researchers used allyl isothiocyanate, the pungent ingredient in wasabi and horseradish. When healthy rats with normal blood pressure inhaled this irritant, their heart rates slowed as expected. But, in the rats with chronic hypertension, inhaling the same irritant stimulated an increased heart rate accompanied by premature ventricular contractions.

Surprisingly, a rapid heart rate and abnormal heart rhythm did not occur when allyl isothiocyanate was intravenously injected into the hypertensive rats.

“It did not evoke the peculiar reflex; instead, we observed a slowing of the heart rate like that seen in the rats with normal blood pressure,” Dr. Taylor-Clark said. “This suggests that the sensory airway nerves accessible by IV are different than those accessible by inhalation… so perhaps the pathways of airway sensory nerves (connecting organs like the heart and lungs with the brainstem,) are more complex than previously understood.”

Chronic hypertension may remodel airway sensory nerves controlling the pulmonary-cardiac reflex that helps defend the body against physical damage from air pollution, the USF study suggests. This remodeling, which may happen in the developmental stages of hypertension, could turn on inappropriate sympathetic nervous system excitation of the heart, Dr. Thomas-Taylor said.