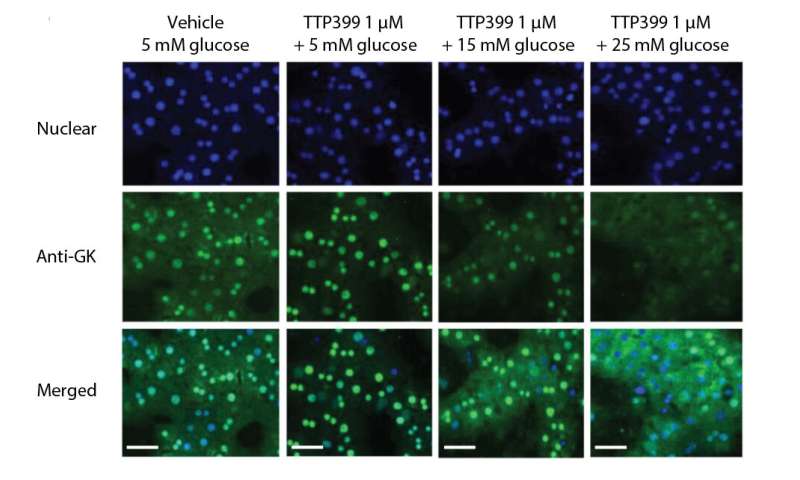 An experimental drug may help people with type 2 diabetes curb their blood sugar without causing it to drop to dangerously low levels.

Researchers found that the compound—dubbed TTP399 for now—improved patients’ blood sugar control when it was added to the standard medication metformin for six months.

And it did so without causing hypoglycemia—blood sugar drops that, if severe, can lead to convulsions or loss of consciousness.

The findings, published Jan. 16 in the journal Science Translational Medicine, come from an earlier “phase 2” trial. And more research is needed before TTP399 can be added to existing armaments against type 2 diabetes, said senior researcher Carmen Valcarce.

But, she added, the effects seen so far on blood sugar control are comparable to, or even better than, what’s seen with current medications for the disease.

Type 2 diabetes affected over 30 million Americans in 2015, according to the American Diabetes Association. It arises when the body can no longer properly use insulin, a hormone that regulates levels of glucose (sugar) in the blood. When blood sugar levels habitually soar, that can take a toll on the body over time—damaging the blood vessels and heart, nerves, kidneys and eyes.

And while there are medications for type 2 diabetes, there’s still a need for additional options, Valcarce said.

“Some people don’t respond well to the current medications,” she noted. “Some people can’t tolerate the side effects.”

Dr. Debra Simmons is an endocrinologist and professor at the University of Utah, in Salt Lake City.

She agreed there’s a need for additional diabetes medications that work through actions that are different from available drugs. The specific underlying causes of diabetes vary from person to person, said Simmons.

TTP399 works by activating an enzyme called glucokinase, which acts as a blood sugar “sensor.”

Other compounds that target glucokinase have been developed. But they’ve been stymied by side effects—not only hypoglycemia, but elevations in triglycerides (a blood fat).

Part of the problem, according to Valcarce, is that some earlier compounds affected glucokinase in both the liver and the pancreas. And when it’s activated in the pancreas, that may cause blood sugar to plummet.

Another issue, Simmons said, is that some compounds disturbed the way glucokinase normally interacts with a protein that regulates it. That seemed to be spurring the rise in triglycerides.

So TTP399 was designed to avoid those problems.

Valcarce’s team put it to the test in 190 patients with type 2 diabetes. All were already taking metformin, and some were randomly assigned to add a daily dose of TTP399. The rest of the patients added either inactive placebo pills or a diabetes drug called sitagliptin (Januvia).

After six months, patients on the new compound showed a greater reduction in their A1c level, versus placebo patients. A1c is a measure of a person’s average blood sugar level over the past two to three months.

There were no cases of serious blood sugar drops, the researchers said, and no negative effects on triglycerides.

Larger, longer-term studies are still needed, Simmons said, to see how the drug’s effectiveness and safety hold up.

Simmons pointed to the bigger picture: That researchers are studying the underpinnings of diabetes and trying to develop new treatment options.

Travelling with a Child Who Has Autism