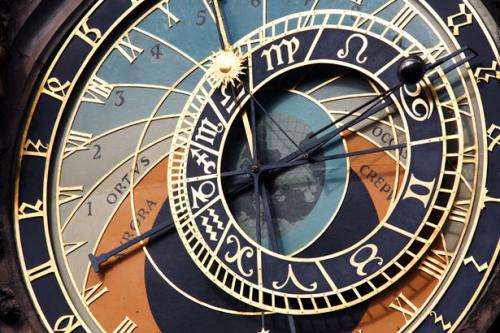 SR9009 is a compound that can lead to a wide range of health benefits in animals, including reduced risk of obesity and type 2 diabetes. Until now, researchers—and companies that sell the compound for human use in the form of a nutraceutical—have attributed the effects to SR9009’s role in altering the body’s circadian clock, specifically its work through proteins called REV-ERBS that link metabolism and circadian rhythm. However, in a first-of-its-kind study from Penn Medicine, published today in PNAS, researchers found that SR9009 can effect cell growth and metabolic function without the involvement of REV-ERBs.

“These findings have important implications because some of the previous studies concluded it was the circadian clock that was effecting metabolism or cell growth, through these compounds, and producing the benefits related to diabetes, obesity and cancer,” said the study’s senior author Mitchell Lazar, MD, Ph.D., director of the Institute of Diabetes, Obesity and Metabolism. “That needs to be reconsidered, as our study shows these compounds work on something other than this clock factor.”

When a team of researchers discovered SR9009 in 2012, they described the compound as a regulator of the clock protein REV-ERB. Since then, multiple research groups have used SR9009 as a REV-ERB-agonist, and have found, in animal models, that the compound’s effects on metabolic function can lead to health benefits related to obesity, diabetes, cardiac health and exercise performance. Research has also revealed beneficial effects related to cancer stemming from the cell activity.

However, there hadn’t been a study that examined the direct involvement of REV-ERB in the compound’s effects on cell growth and metabolism, and whether the effects could be attributed solely to the proteins.

To further explore the role of REV-ERB, researchers in the Lazar lab developed a conditional knockout that enabled them to perform studies in mice and cells without the presence of both REV-ERBs—REV-ERB alpha and REV-ERB beta. The team found SR9009 can decrease cell viability, rewire cellular metabolism and alter gene transcription in two different cell types depleted of REV-ERBs.

Lazar notes this finding is not only significant for researchers who use the compound in studies, but also for the general public. Since news of the potential health benefits emerged, commercial entities have started to produce and sell SR9009—which is not approved by the U.S. Food and Drug Administration—saying it works through one’s circadian rhythm and can help people improve exercise endurance and lead to other health benefits.

How Instagram Is Not Good For Your Mental Health