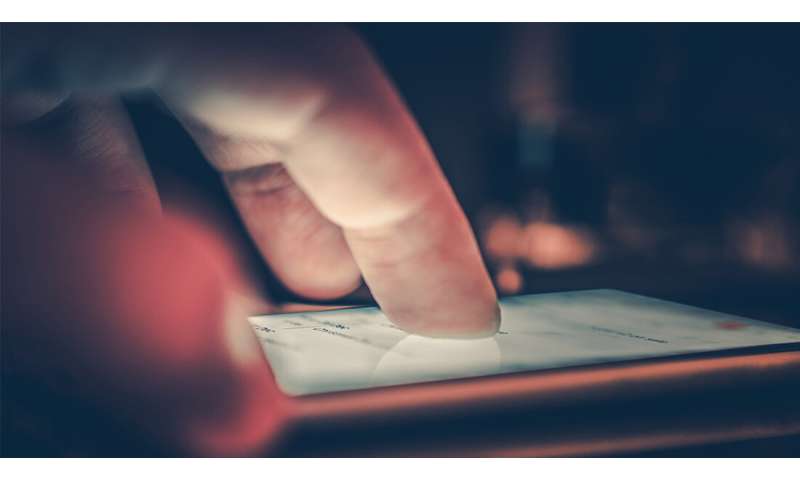 Suffering from tremor can be very frustrating and reduce the quality of life for many people. This includes people suffering from Parkinson’s, multiple sclerosis or spinal cord injury and a relatively high fraction of the elderly. Today, there are no effective treatments for tremor, and thus, there is great potential in finding medications that can inhibit or completely suppress the tremor.

It is possible to test new medications for tremor in mouse models. Unfortunately, the equipment that measures the tremor in such tests is expensive and for that reason many scientists do not measure it. A single measuring device costs DKK 100,000-130,000. But now, brain researcher Eva Maria Meier Carlsen has invented an affordable solution to this problem.

“I thought it would be a pity if expensive equipment kept us from continuing our research to find treatments for tremor. That’s why I set out to find an affordable and valid way to measure it, and I came up with the idea of using a smartphone as a measuring device,” explains Eva Maria Meier Carlsen, who is a postdoc at the Department of Neuroscience.

Researchers Should Challenge the Conventions

In all its simplicity, the new method works by suspending a cage by means of rubber bands. A smartphone is mounted on the cage and—by means of its accelerometer—it measures the vibrations of the cage if the mouse trembles. The accelerometer is what can detect the movement of the smartphone, e.g. when taking pictures or playing games. With this method, researchers can relatively easily test whether medications will work to alleviate the tremor.

The brain researchers have repeated their tests with advanced and expensive equipment for measurement of tremor in collaboration with the company Saniona which, among other things, develops medications for the central nervous system. The smartphone method produced comparable results and may therefore be used by the research team itself and other researchers to prospectively look for treatments.

“It is a really good idea that Eva got, and our new study emphasises its validity. It is a good example of how we researchers sometimes have to challenge the conventions and invent new methods that are more accessible and can be used by more people,” says the head of the research project Jean-François Perrier, Associate Professor at the Department of Neuroscience.

In connection with the new solution, the smartphone itself is the only significant cost. On the other hand, the expensive measurement technology costs more than DKK 100,000 for a single device. To make the solution even cheaper, there are also open source alternatives to the smartphone manufacturers, Eva Maria Meier Carlsen points out, such as the so-called single board computers which simply need to have an accelerometer mounted and installed.