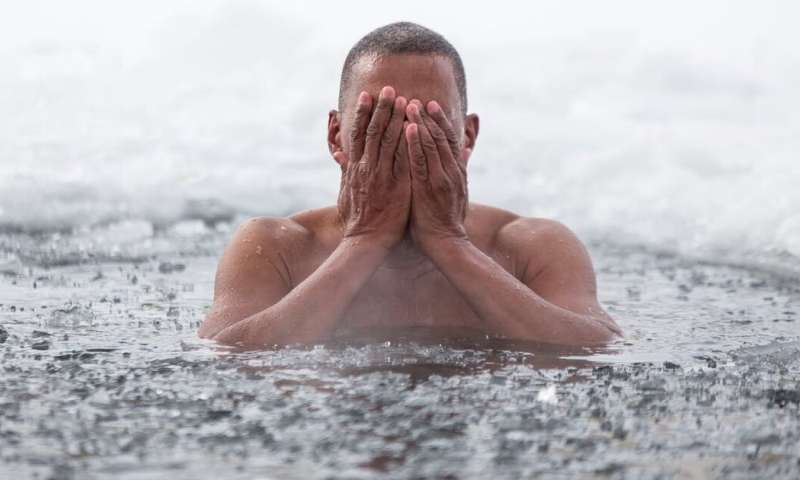 There are people who show incredible resistance to extremes of temperature. Think of Buddhist monks who can calmly withstand being draped in freezing towels or the so-called “Iceman” Wim Hof, who can remain submerged in ice water for long periods of time without trouble.

These people tend to be viewed as superhuman or special in some way. If they truly are, then their feats are simply entertaining but irrelevant vaudevillian acts. What if they’re not freaks, though, but have trained their brains and bodies with self-modification techniques that give them cold resistance? Could anyone do the same?

As two neuroscientists who have studied how the human brain responds to exposure to cold, we are intrigued by what happens in the brain during such resistance. Our research, and that of others, is beginning to suggest these kinds of “superpowers” may indeed result from systematically practicing techniques that modify one’s brain or body. These modifications may be relevant for behavioral and mental health, and can potentially be harnessed by anyone.

The body’s drive for balance

Behavioral modification techniques like yoga and mindfulness seek to modulate physiological equilibrium – what scientists call homeostasis. Homeostasis is a basic survival need and crucial for an organism’s physical integrity.

For example, when someone is exposed to cold, certain brain centers initiate changes in how the body responds. These include decreasing the blood flow to the extremities and activating deep-layer muscle groups to produce heat. These changes let the body hold onto more of its heat and occur automatically without conscious control. 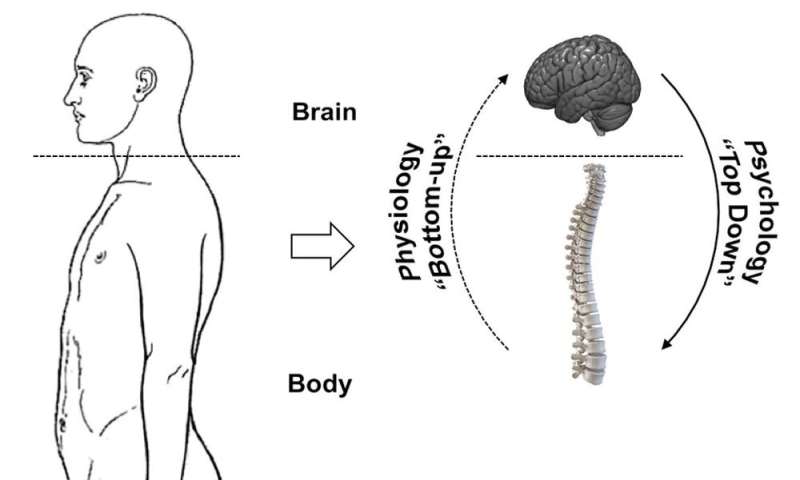 Homeostasis is maintained when peripheral organs (“the body”) collect sensory data and forward it to the processing center (“the brain”), which organizes and prioritizes this data, generating action plans. These directives are then conveyed to the body, which executes them.

It’s the balance between bottom-up physiological mechanisms and top-down psychological mechanisms that mediates homeostasis and guides actions. Our idea is that this balance between physiology and psychology can be “hacked” by training the brain to deal with exposure to cold. This is a very interesting trick – and we believe the brain changes that occur extend beyond just cold tolerance.

Brain systems for responding to cold

Brain systems for maintaining homeostasis form a complex hierarchy. Anatomical regions in the primitive brainstem (midbrain, pons) and the hypothalamus form a homeostatic network. This network creates a representation of the body’s current physiologic state.

Based on what this representation describes about the body’s conditions right now, regulatory processes trigger physiological changes in the periphery via the nervous system. The representation also generates basic emotional responses to physiologic changes – “cold is unpleasant” – that trigger actions – “I need to get indoors.”

In human beings, an area in the back of the midbrain called the periaqueductal gray is the control center that sends messages about pain and cold to the body. This area releases opioids and cannabinoids, brain chemicals also associated with mood and anxiety. The periaqueductal gray sends these chemical signals both to the body, via the descending pathway that suppresses the experience of pain and cold, and via other neurotransmitters to the brain. 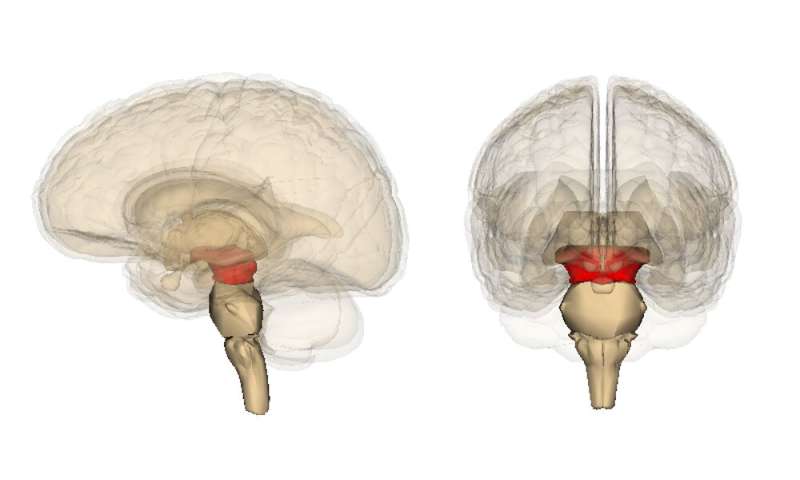 Lower-order primitive networks, like those associated with the brain stem, evolved before higher-order regions of the brain, like those in its cortex. And, lower-order networks exert a greater influence on higher-order networks. Here’s a clear example: Being severely cold will interfere with rational thinking, a condition that in hypothermia is catastrophic. But one cannot simply imagine a sunny beach to wash away the unpleasantness associated with feeling very cold. In this instance, the “physiological” system outweighs the “psychological” system.

This asymmetry of causal effects in brain networks has been taken for granted. But could strategies that target innate physiological mechanisms induce top-down psychological control? Emerging research suggests that techniques that combine physiologic stressors with focused meditation may “break” this asymmetry, allowing the psychological to modulate the physiological. That’s what we observed in recent studies we performed on the “Iceman” Wim Hof.

Hof’s self-modification techniques include controlled breathing (hyperventilation and breath retention) and meditation. In our study, he performed these techniques before we repeatedly exposed him to cold by pumping ice-cold 39 degrees Fahrenheit water through a whole-body wet suit he wore.

Breath retention and cold form two physiologic stressors, whereas meditation is a form of psychological control. When normal subjects are exposed to cold, body temperature changes, triggering homeostatic drives. But Hof’s skin temperature remained unchanged, unaffected by cold exposure. Moreover, unlike control subjects, he robustly activated the periaqueductal gray region of his brain, an area important for regulating pain. His self-taught technique appears to change his brain’s ability to deal with cold by modulating pain pathways. 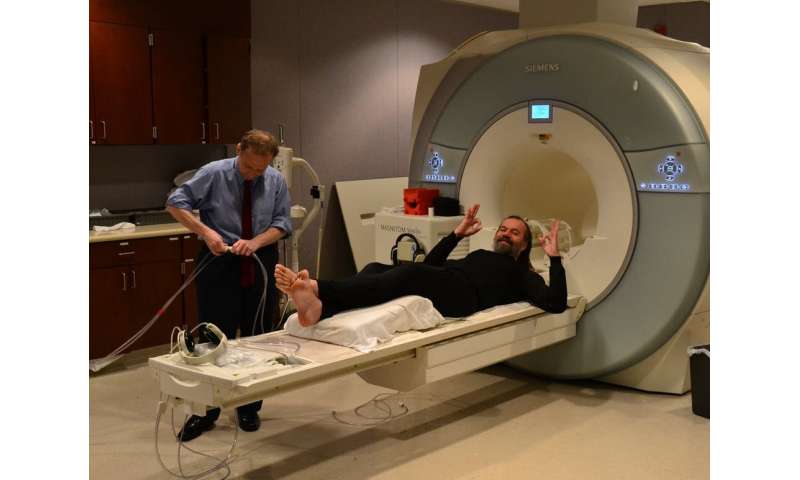 Cold exposure appears to trigger a stress-induced pain-relieving response in the homeostatic brain network, already primed by breath retention. Activation of the periaqueductal gray suggests a decrease in pain perception and therefore anxiety. These sustained changes in Hof’s homeostatic brain network increase his tolerance to cold. The effects are enhanced by focused meditation which generates the expectation of positive outcomes.

Here’s the crucial part: This expectation is likely to extend the effects of stress-induced pain relief beyond immediate cold exposure. If such an expectation – “I confronted the cold and feel invigorated” – is fulfilled, it will lead to the release of additional opioids or cannabinoids from the periaqueductal gray. This release can affect the levels of neurotransmitters such as serotonin and dopamine, further enhancing a feeling of overall well-being. This positive feedback loop is implicated in the well-known “placebo effect.”

More generally, techniques such as those Hof uses appear to exert positive effects on the body’s innate immune response as well. We expect them to also have positive effects on mood and anxiety because of the release of opioids and cannabinoids. Though these effects have not yet been well studied, by evoking a stress-induced analgesia reaction, we think that practitioners may assert “control” over key components of brain systems related to mood and anxiety.