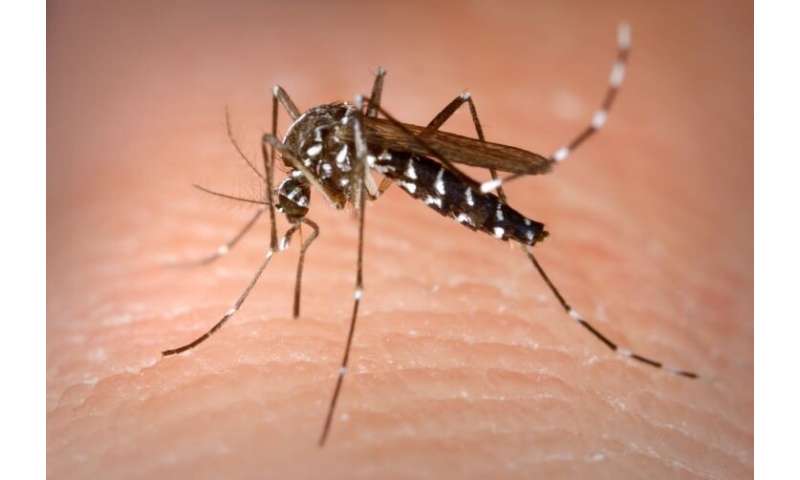 Vector-borne diseases cause more than 700,000 deaths and affect hundreds of millions of people per year. These illnesses—caused by parasites, viruses, and bacteria transmitted by insects and animals—account for more than 17% of all infectious diseases on Earth.

While many emerging infectious diseases (EIDs) are preventable through informed protective measures, the way that humans alter our landscape—such as for farming and urban growth—is making this task more difficult.

Human-induced land use change is the primary driver of EIDs, including those carried by mosquitoes such as malaria, dengue, Zika, EEE, and West Nile. Why, then, does land-use planning often fail to recognize the effects these changes have on the risk of spreading disease?

Patricia Farnese, an associate professor of law at the University of Saskatchewan, will offer a legal perspective on infectious disease management with specific reference to vector-borne diseases at the Ecological Society of America’s Annual Meeting in August.

“My goal is both to educate and to discuss how land-use planning can be different,” says Farnese, who teaches property, agriculture, and wildlife law and researches ethical questions that arise when conservation and human rights collide.

When humans use more land for agriculture like farming, new pathways are introduced for EIDs to spread. Farnese says providing farm animals with sanitary, appropriate living conditions that are not overcrowded is extremely important. “You also want to make sure that farm animals are separated from wild animals,” she says. “The spread of chronic wasting disease (CWD), for instance, is directly tied to the contact between wild animals and with captive animals that have CWD. It’s not transferable to humans, although there are fears that it will mutate and infect humans or animals in agriculture.”

People who are the poorest often suffer the most. The growth of urban slums is another land use change largely driving the spread of EIDs. Unsafe water, poor housing conditions and poor sanitation are standard conditions for those living in urban slums that contribute to the spread of EIDs. Inadequate waste management allows mosquitoes to easily breed and spread disease to large populations.

Farnese says there are many reasons that land-use planning often fails take human health into consideration and to recognize the risk of spreading disease, including the fact that the legal jurisdictions for health and land-use are often not held by the same level of government. Most land-use planning occurs at the local level, while action to prevent and mitigate infectious diseases often needs to be taken at a broader scale to be effective.

The biggest failing, according to Farnese, is that there are no legal mechanisms requiring land-use planning to do so. “Current frameworks for land-use planning are very good at protecting current uses, especially in urban areas,” she explains. “But what of the rest of the environment? Rarely do places other than extraordinary places, such as national parks, get land-use planning attention.”