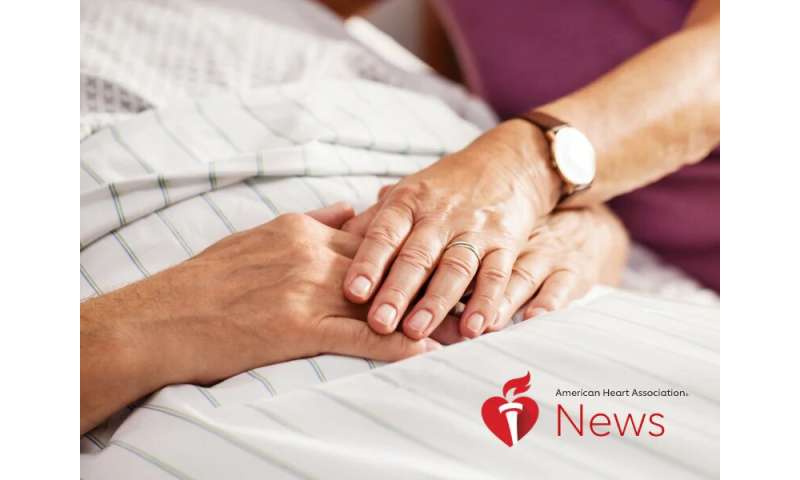 Some people with advanced heart failure live for a long time, while others don’t. That uncertain timeline poses challenges for doctors, their patients and families dealing with end-of-life care.

“We’ve had quality indicators for cancer for many years, which have been used to make sure that end-of-life patients get high-quality care,” said Dr. Rebecca Hutchinson, a hospice and palliative medicine specialist at Maine Medical Center in Portland. “With heart failure, we don’t have those indicators.”

That discrepancy motivated Hutchinson and five colleagues to conduct in-depth interviews with 23 cardiologists and primary care physicians across Maine about treating people with advanced heart failure.

The study, published Monday in the Journal of the American Heart Association, found “prognostic uncertainty” of advanced heart failure complicates how doctors care for patients for several reasons.

“Heart failure is marked by frequent exacerbations where patients can get pretty sick and then recover back to baseline or pretty close back to baseline,” said Hutchinson, who led the study. “At some point, one of those exacerbations usually marks the beginning of end of life, but it’s not always easy to tell. Are you in one that’s close to end of life or are you in one where there’s going to be a recovery?”

That, she said, forces doctors to balance the desire to prolong life against the possibility that more treatment will do no good and cause unnecessary suffering. The uncertainty often makes it harder for patients to recognize the reality of their disease, and harder for doctors to discuss the situation with them, the study found.

“Doctors told us that patients with heart failure frequently don’t realize that this is a terminal disease,” she said. “That makes it harder to have the end-of-life conversations early to make sure we’re giving them care that’s consistent with their values.”

According to American Heart Association statistics, an estimated 6.2 million U.S. adults have heart failure, where the heart cannot pump enough blood to meet the body’s needs. About one-tenth of those are classified as advanced heart failure, where usual treatment is not effective but the remaining life span is hard to predict.

The study also examined differences in urban and rural areas, where patients may have less access to medical specialists and quality in-home care.

“That’s good and bad,” Hutchinson said. “Patients in rural areas tend to have less aggressive (unnecessary) interventions at the end of life, but it’s bad in that they may not have access to life-prolonging therapies.”

Hutchinson said the findings emphasize the need for better methods to calculate a patient’s prognosis and determine a patient’s values so that end-of-life care matches what the patient wants. Regardless, she said, palliative care—medical help to relieve the symptoms and stress of a serious illness—should be part of the plan.

“Palliative care really shouldn’t be tied to a prognosis,” Hutchinson said. “A lot of people associate palliative care with end-of-life care and hospice, but it’s really not.”

That point alone makes the study worthwhile, said Dr. Diane Meier, director of the Center to Advance Palliative Care and a professor of geriatrics and palliative medicine at the Icahn School of Medicine at Mount Sinai in New York City.

While people choosing hospice must agree to relinquish insurance coverage for life-prolonging treatment, she said, “palliative care has no such restrictions. You can get it whether or not your disease can be cured, whether you’re going to live with it for 20 years or whether it’s progressive. Eligibility for palliative care is based on need—symptom distress, family exhaustion, uncertainty about what to expect—and not on prognosis.”

Meier, who was not involved with the new study, said changing the mindset is particularly important for heart patients, who may have years to live but face issues such as depression, anxiety and social withdrawal. She said all of that can be helped by palliative care, which research shows can improve quality of life and symptom control in people with heart failure.

Some Romaine Lettuce Now Safe To Eat, Depending On The Label, FDA Says