The probiotics that make drugs inside your body that could help the 400,000 people in the UK with rheumatoid arthritis

Packed into pills, potions and lotions, probiotics already hold promise in easing a host of conditions, from irritable bowel syndrome to eczema.

Now scientists are trying to program the ‘friendly’ bacteria to produce drugs.

It’s hoped the medicine pumped out by these microscopic drug factories will provide a new treatment for rheumatoid arthritis (RA) — an autoimmune condition that affects 400,000 people in the UK and occurs when the immune system mistakenly attacks the tissues of the joints, causing inflammation, pain and stiffness.

Researchers had hoped that probiotics alone might ease the symptoms of RA by promoting the growth of microbes with anti-inflammatory properties in the gut. But results to date have been disappointing. 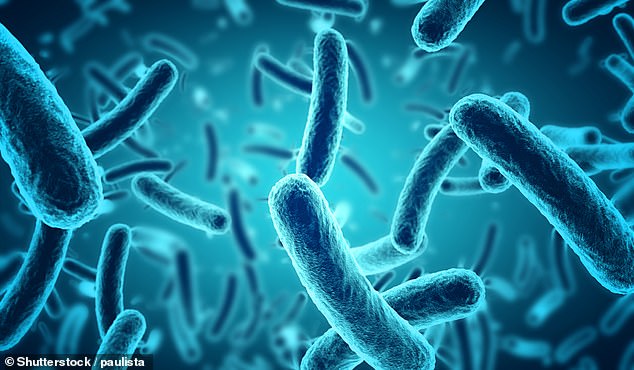 Packed into pills, potions and lotions, probiotics already hold promise in easing a host of conditions, from irritable bowel syndrome to eczema. Now scientists are trying to program the ‘friendly’ bacteria to produce drugs

Scientists in the U.S. may, however, have come up with a solution. They’ve engineered the bacteria to make an anti-inflammatory compound called ShK-235, which is released directly into the bloodstream, allowing higher doses to reach the joints. Normally found in the venom of sea anemones, ShK-235 blocks potassium channels — ‘passageways’ on the surface of our cells which go awry in RA, leading to over-production of inflammatory molecules which attack the body, causing joint degeneration.

In a study by Baylor College of Medicine in Texas, rats with RA-like symptoms were given ‘friendly’ bacteria modified to make this compound. A single dose appeared to dramatically reduce signs of swelling around the joints, with the arthritic rats moving far more freely following treatment. The scientists are now hoping to progress towards human trials.

‘We need to ensure that we can reliably have the bacteria produce ShK-235 in people with various genetics and various diets,’ says researcher Christine Beeton. 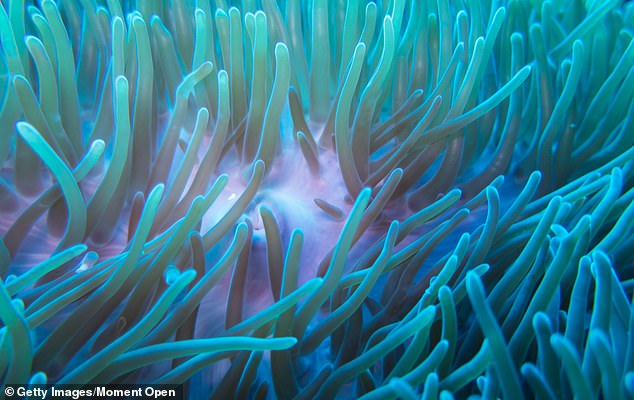 Normally found in the venom of sea anemones (pictured) ShK-235 blocks potassium channels — ‘passageways’ on the surface of our cells which go awry in RA, leading to over-production of inflammatory molecules which attack the body, causing joint degeneration [File photo)

Currently, RA patients are prescribed anti-rheumatic drugs such as methotrexate, along with antibody treatments such as adalimumab and infliximab, and painkillers. These drugs work to calm the immune system and stop it attacking the body’s cells.

However, most people experience only a small reduction in symptoms and the treatments can have side-effects including headaches and hair thinning.

‘Some patients would rather come off their medication than put up with the side-effects,’ says Professor Mauri. ‘But they should follow the advice of their doctors and never stop their current treatment, because there are no proven alternatives yet.’

While the Baylor research is ‘potentially interesting’, it is still ‘way down the line’, she adds.

Her own work suggests that ‘bad’ gut bacteria contribute to the inflammation of RA.

It’s thought that overgrowth of these bugs causes damage to the epithelium, the lining of the gut, and allows the bacteria to enter the bloodstream, where they trigger joint-damaging inflammation.

Professor Mauri is now studying patients with early rheumatoid arthritis. ‘We know from rodents that if we repair the epithelium cells using existing drugs which prevent the gut from becoming leaky, inflammation in the joints is dramatically reduced,’ she says.

‘We’re looking at these patients to see whether we can predict if these individuals will develop the disease or not, depending on their level of gut permeability.’

If this theory turns out to be true, high-fibre foods that promote the growth of beneficial bacteria in the gut may help repair the gut lining and ease the symptoms of the disease.

‘Often, we hear of patients who decide to try, for example, very strict diets with lots of greens, no meat, prebiotics, and for some of these patients, they seem better,’ explains Professor Mauri.

‘But it is difficult to decide whether that is coincidence; with all these autoimmune diseases, patients tend to go through periods where they feel better for reasons that we don’t know, and then the disease comes back.’

Common heart and diabetes pills could be used to treat psychosis