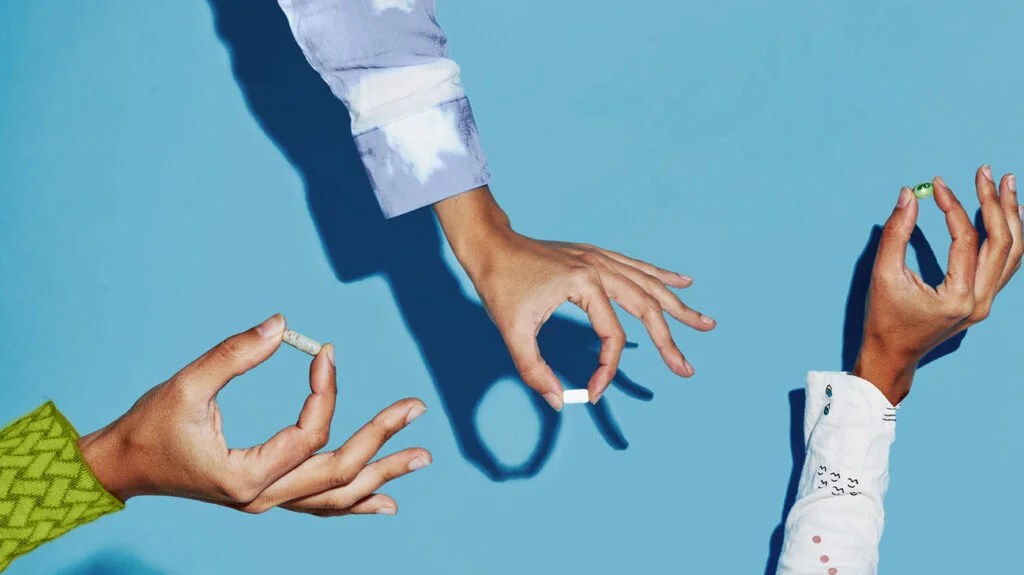 The American Heart Association recommends diets high in antioxidants, vitamins, and minerals and low in saturated fat and sodium to reduce CVD and T2D risk.

Further research into micronutrients is crucial for personalizing preventive strategies for CVDs and T2D.

In a recent study, researchers reviewed 884 randomized controlled trials to assess the link between micronutrients and cardiometabolic risk.

While some micronutrients reduced cardiometabolic risk, others had a neutral effect. Beta-carotene, however, increased CVD risk.

The study was published in the Journal of the American College of Cardiology.

Which supplements were beneficial?

For the study, the researchers analyzed 884 studies with a total of 883,627 participants.

From their analysis, they found that several micronutrients improved at least two of the nine CVD risk factor measures based on moderate to high quality studies. These included:

Meanwhile, vitamin C, vitamin D, vitamin E, and selenium had no effect on CVD events such as heart attack, arrhythmia or stroke, or diagnosis of T2D and had no impact on longer-term outcomes such as cardiovascular mortality.

They further found that while omega-3 fatty acids, omega-6 fatty acids, vitamin E, and beta carotene were not linked to T2D incidence, an analysis of 10 polyphenols found moderate quality evidence for a reduction in HbA1c (a measure of longer-term blood sugar levels) for coenzyme Q10 and reduction in fasting blood insulin levels for flavanol, genistein, and quercetin. There was high quality evidence for similar reductions in insulin levels for curcumin.

Beta-carotene supplements, however, were linked to an increased risk of all-cause mortality, CVD mortality, and a reduction in the number of strokes.

To understand how the different micronutrients studied may affect cardiometabolic health, Medical News Today spoke with Dr. Debbie Fetter, assistant professor in teaching nutrition at the University of California Davis, who was not involved in the study.

“[Nutrients like vitamin C, vitamin E, and beta carotene] function as antioxidants, which helps protect body cells from oxidative damage. […] Antioxidants help prevent the cell membrane from weakening so that carcinogens or rogue compounds can’t get inside. We can think of antioxidants as [molecules] that protect us from oxidative damage that may lead indirectly to diet-related chronic disease, like CVD.”
— Dr. Debbie Fetter

Dr. Fetter explained that omega-3 fatty acids play an important role in the brain, heart, and immune system, as well as metabolism. She noted that research indicates omega-3 intake may lower CVD risk via an anti-inflammatory effect.

She further noted that vitamin D reduces oxidative stress, which improves cardiometabolic outcomes, but that research is still inconclusive as to whether it helps prevent CVD.

“Magnesium is another essential nutrient that plays a role in muscle and nerve function. Our heart is a muscle, so adequate magnesium is needed to keep our heart properly functioning (i.e. contractions and rhythm),” she added.

Why do beta-carotene supplements increase risk?

Beta-carotene is a plant pigment that gives vegetables and fruits their red, orange, and yellow colors.

To understand what might explain the observed effects of beta-carotene on cardiometabolic risk, MNT spoke with Dr. Ronald Grifka, Chief Medical Officer at the University of Michigan Health-West, not involved in the study. He noted that several factors might be involved:

“One factor may be the patients did not have a deficiency, and the excessive intake of beta-carotene resulted in the higher mortality. Also, beta-carotene may have a different effect on male and female patients and on those who are smokers or drinkers. Combining data from multiple studies do not control for these variables, making it difficult to interpret the results.”

The difference between food and supplements

Dr. Fetter stressed that beta-carotene can be beneficial when consumed as a part of food. However, she added that research has shown it is often harmful when a part of a supplement.

She noted that one study found that beta-carotene supplements increased the risk of lung cancer and overall mortality in smokers.

“This is a classic example of where we see benefits from getting the nutrient from the whole food, but when we isolate the nutrient and put it into supplement form, we see adverse consequences,” she said.

Dr. Nurgul Fitzgerald, associate professor in nutrition and public health at Rutgers University, who was not involved in the study, told MNT:

“A potential mechanism might have to do with the antioxidant properties of beta-carotene. Under certain conditions, antioxidants can become pro-oxidant – creating the opposite, harmful effect.”

“Beta-carotene supplementation is linked to increased risk of lung cancer, especially among high risk segments of the population such as smokers. If you consider that smoking is also a cardiovascular disease risk by itself, the supplementation might be compounding the risk there.”
— Dr. Nurgul Fitzgerald

The researchers concluded that some but not all micronutrients might benefit cardiometabolic health.

When asked about the study’s limitations, Dr. Fitzgerald noted that it is difficult to directly transfer these results to everyday lives due to the variety of dietary combinations.

“Some nutrients work better or worse when we consume them in certain amounts or consume them with other nutrients. Nutrients can have synergistic effects on one another, and other components in our foods can hinder the absorption of some of the nutrients.”

She added that the United States and other countries regularly add vitamins or minerals to certain foods meaning that the effects of supplementation might vary among different countries.

Dr. Grifka added that the studies assessed different doses of various micronutrients over varying periods of time, which could have resulted in ‘markedly’ different effects.

“It would be important to identify the specific dosages and individual participants’ characteristics to better understand the findings,” Dr. Fetter concluded.