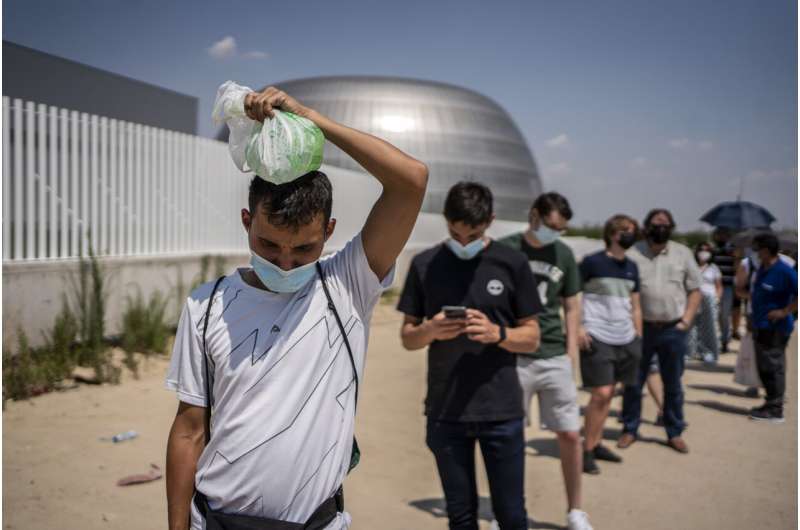 Like far too many of Spain’s 20-somethings, Sergio Rosado has seen the new, more contagious coronavirus strain strike those too eager to cut loose when authorities rolled back health restrictions with vaccinations picking up pace.

But the 22-year-old student shares the country’s widespread public trust in the vaccines, and Rosado plans to get his shots as soon as his turn comes.

“I have friends that have caught COVID-19 at big parties. Lots of people I know have caught it,” Rosado said. “I did go out too, but to places without many people and in controlled spaces, and with face masks.”

Spain, like its fellow European Union members, got off to a slow start in administering shots compared to Britain and the United States after regulators approved the first vaccines. But once deliveries by drugmakers started flowing to meet demand, the country quickly made up ground.

After only fully vaccinating 10% of its adults from January until the end of April, now nearly 54% of its adults, around 25 million people, have received two vaccine jabs, making Spain one of the inoculation leaders in the 27-nation European Union.

The program is built on Spain’s efficient public health care system, a well-ordered vaccination plan that stuck strictly to age groups, and a populace confident in the safety of childhood immunizations and therefore largely resistant to skepticism about COVID-19 jabs. 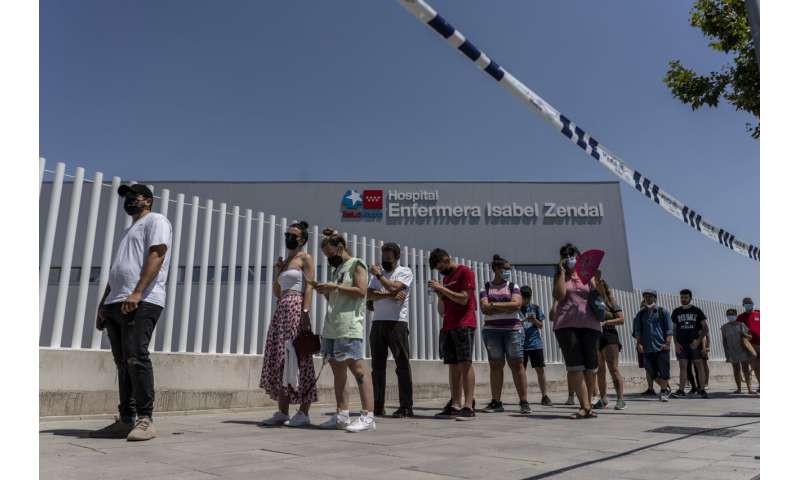 “Vaccination forms part of our genome,” Amós García, president of the Spanish Association of Vaccinology, told The Associated Press. “Our professionals have always believed strongly in the benefits of vaccines. We have always strongly encouraged children from a very young age to get their vaccines.”

He said general vaccination rates for children in Spain were over 95%.

Spain’s public health care system, which has suffered budget cuts in the past decade, buckled last year under the first wave of the virus, which has claimed at least 81,000 lives in the country.

But fears that the health system wouldn’t be up to the job of managing a massive vaccine rollout proved unfounded. Eligibility information was widely disseminated, and people didn’t hesitate to sign up when it was their age group’s turn. Vaccination lines generally moved swiftly, and unlike France, there was no paperwork to get in the way when people went to their local clinics or mass vaccination points. 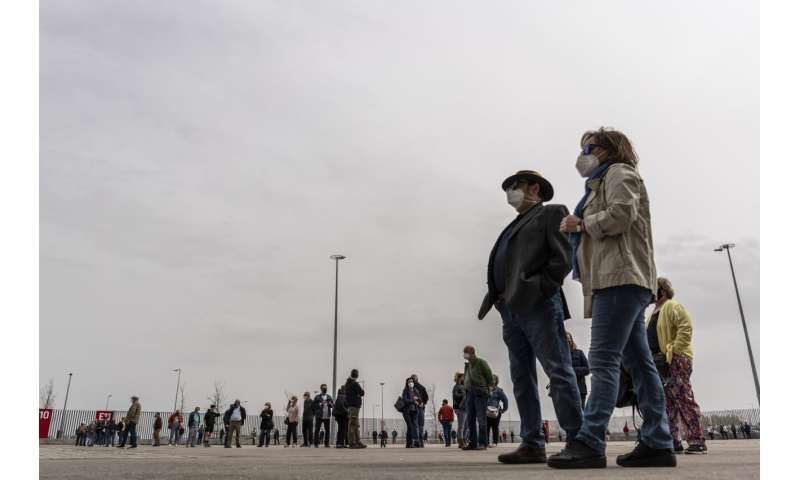 It also helped that no politician, not even on the fringes of the right or left, sowed doubts about the vaccines. The only political issue regarding the vaccines was when they weren’t arriving fast enough, and regional health authorities in charge of administering them demanded more quicker.

“This is not a question of progressives or of conservatives. It is a public health question,” Spanish Prime Minister Pedro Sánchez told MSNBC while on a visit last week to the United States.

So while France and Greece have had to pressure skeptics and procrastinators into getting their shots by making vaccines mandatory for people working certain jobs, such as paramedics and nursing home workers, Spaniards have so far needed very little prodding. 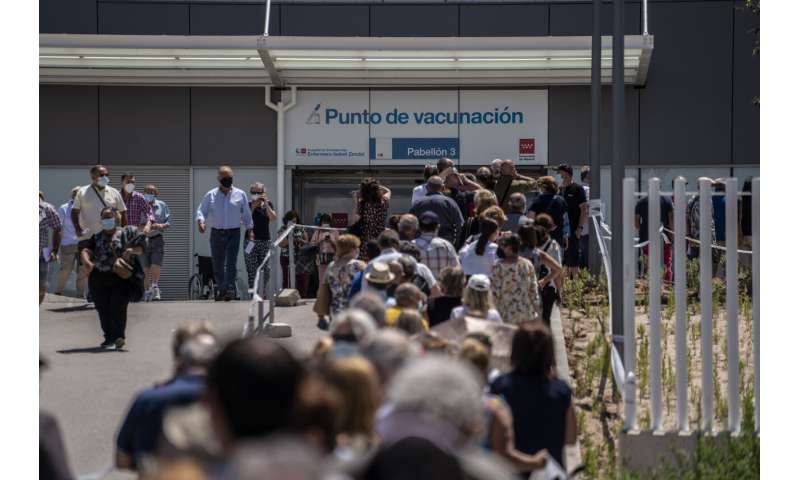 In methodically working its way from the most elderly downward, Spain achieved its first goal: stopping the most vulnerable from dying. But the emphasis on vaccines as the salvation could also have contributed to Spain’s young letting down their guards as curfews and face mask requirements were lifted, just as the delta variant arrived.

The result is that, despite its smooth vaccine rollout, Spain is currently one of Europe’s hot spots for new infections. Spain is reporting more than 25,000 new cases a day now compared with 3,400 a day a month ago, according to Our World in Data.

“A month ago, when we let go of the most of the restrictions, we didn’t call it ‘Freedom Day’ like England, but basically it was a fairly big move toward more freedom,” Rafael Bengoa, former Director for Health Systems at WHO and one of Spain’s leading public health experts, told the AP. 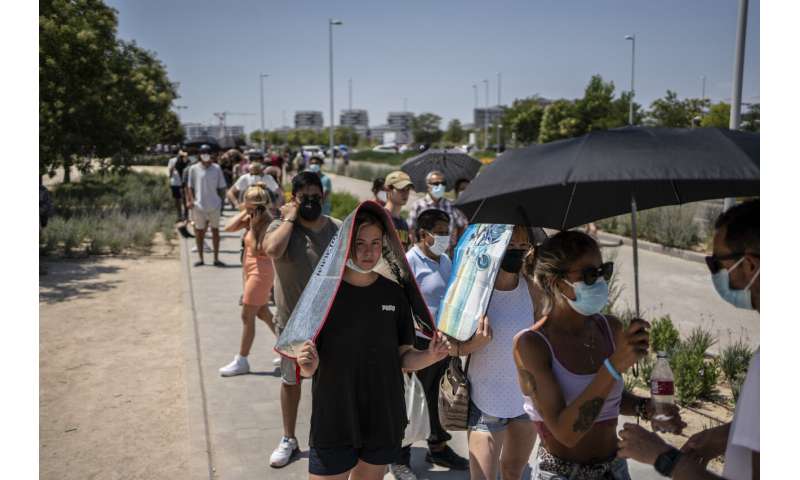 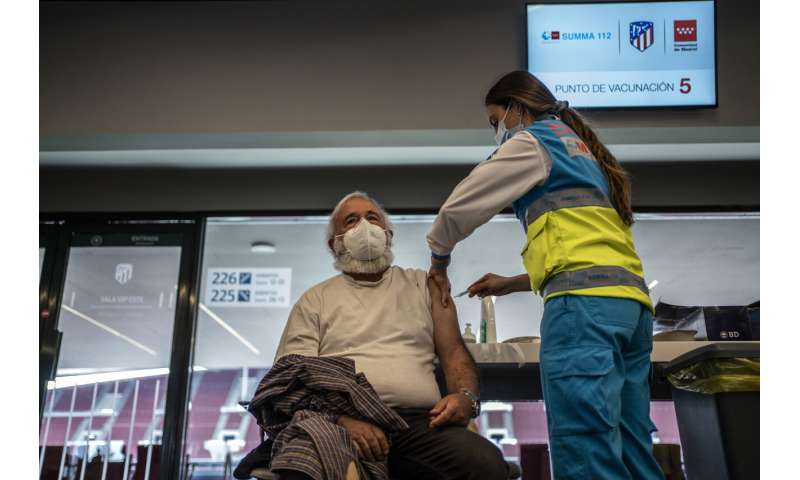 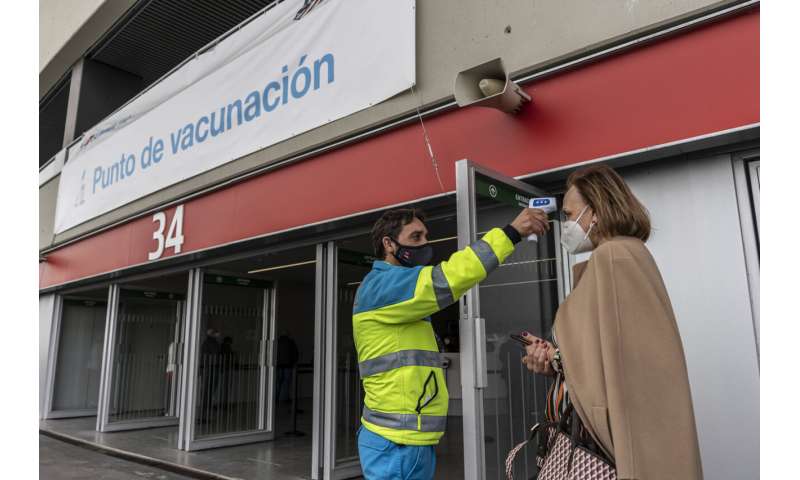 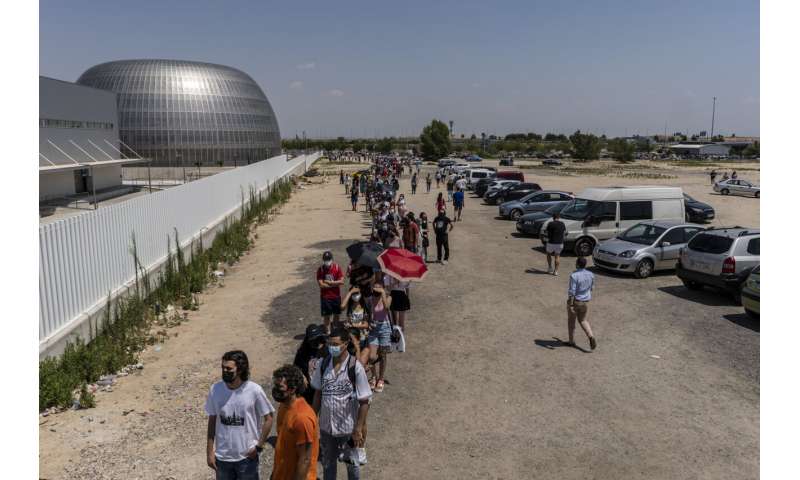 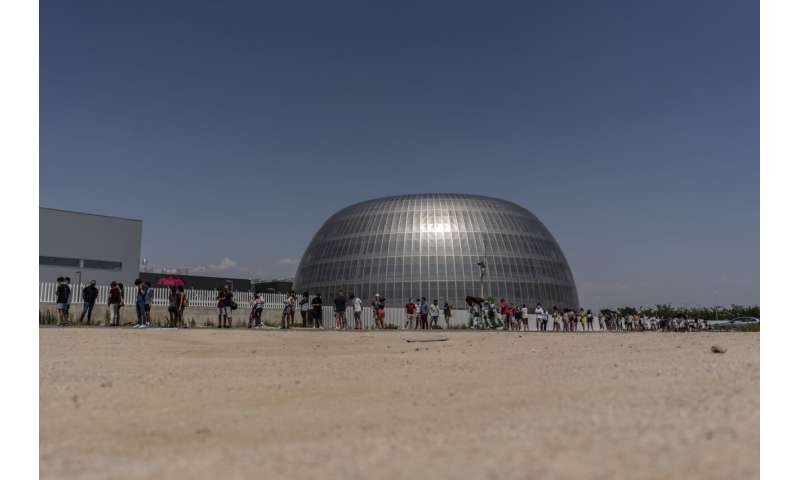 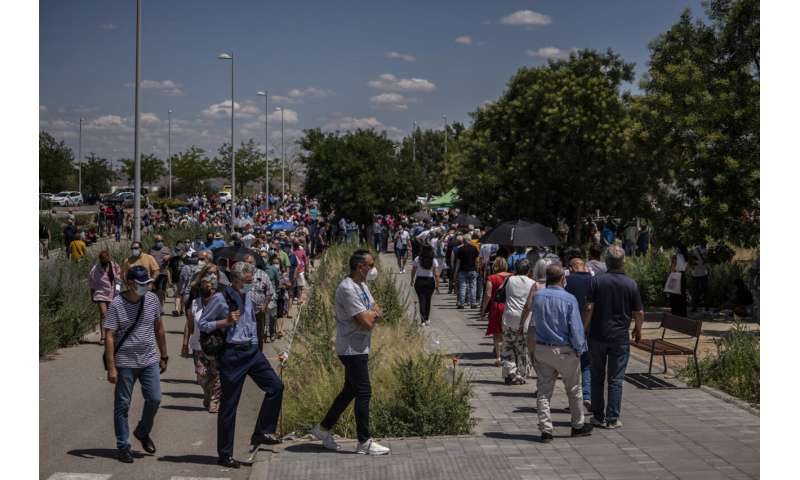 That is one of the reasons that we have the present epidemiological situation.”

“If you want to control the pandemic in this situation, you have to be doing both the traditional public health restrictions plus the vaccinations,” Bengoa explained.

In response, some regions have put new restrictions back into place, such as a nightly curfew in the region that includes Barcelona.

Spain is counting on its vaccine program to make quick inroads with people under age 40 and it seems that the desire to get vaccinated hasn’t fallen victim to a generation gap. Spain’s government polling bureau said last week that nearly 90% of respondents under 35 said they wanted to get vaccinated.

Still, Bengoa thinks virus restrictions will remain in place for a while.