What is Short Hairpin RNA? 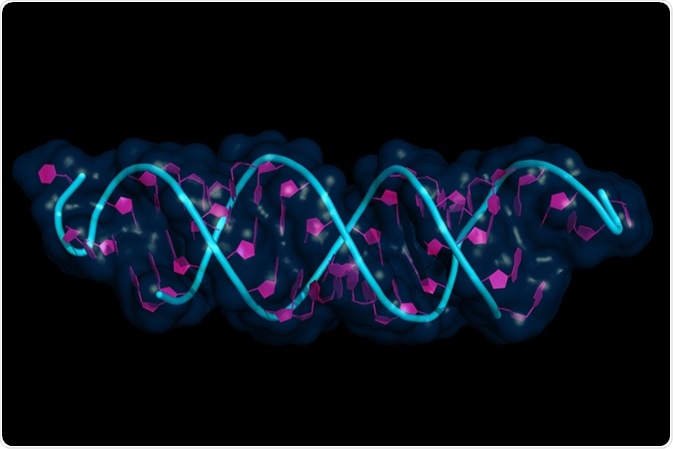 These RNAs are introduced into the cell through DNA integration and insertion into bacterial/viral vectors or plasmids.

Plasmids can only be used in vitro, which limits their application potential. Many different types of viral vectors have been used in previous studies, such as adeno-associated viruses, lentiviruses, and adenoviruses. However, several problems have recently been shown in clinical trials, such as the development of cancer due to inaccurate plasmid insertion.

Finally, bacterial vectors have only recently been suggested as vectors for shRNA. Several types can be used, such as Escherichia coli, which has been used in clinical trials for Familial Adenomatous Polyposis.

What is RNA Interference?

This process involves the inhibition of genes through the targeting of mRNA molecules. mRNA is broken down, preventing transcription and protein formation. This is carried out through the introduction of double-stranded (ds) RNA into the cell, which then is cleaved and bound by the RNA-induced silencing complex (RISC), which eventually degrades the mRNA in a sequence-specific manner, using a small interfering RNA (siRNA) as a guide.

The synthesis of shRNAs takes place in the nucleus of cells that have been transfected or transduced. They are subsequently introduced via viral or bacterial vectors into the nuclei of the targeted cells that allow for stable integration into the genome in some cases.

shRNAs form structures that resemble a hairpin and consist of a loop of unpaired nucleotides that are connected to a stem-like region of sense and anti-sense strands that are paired. shRNA is exported from the nucleus by Exportin 5. In a complex with TRBP and Ago2, Dicer then cuts the shRNA into 19-23 nucleotide duplex siRNA.

This duplex also contains 3’ overhangs of approximately 2 nucleotides. Further cleavage by Ago2 leads to the loss of the passenger strand, leaving only the guide strand.

This strand is then combined within the active RNA Interference Specificity Complex (RISC) and used as a guide to target mRNA in a very specific manner. Once it binds to mRNA, a P body is formed, where the mRNA is cleaved and broken down.

One of the main applications of shRNA interference currently under investigation is the silencing of disease-associated genes. For example, studies have investigated the potential uses of this assay for the treatment of FAP, metastatic cancer, and other advanced cancers. However, these studies have all faced difficult problems, such as delivery methods.

Viral methods have been demonstrated to be dangerous, with some patients developing leukemia. Another issue is the off-target effects, which could lead to non-specific gene silencing. This, in particular, could have disastrous consequences. Therefore, this method still requires optimization before it can be commonly used to treat patients.

Hannah is a medical and life sciences writer with a Master of Science (M.Sc.) degree from Lancaster University, UK. Before becoming a writer, Hannah's research focussed on the discovery of biomarkers for Alzheimer's and Parkinson's disease. She also worked to further elucidate the biological pathways involved in these diseases. Outside of her work, Hannah enjoys swimming, taking her dog for a walk and travelling the world.

Survival the Same for Younger and Older Patients With Mets CRC