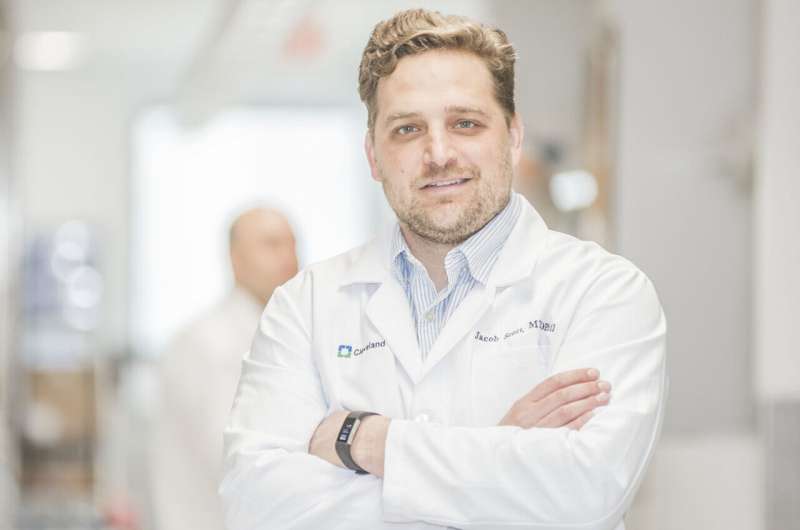 “In the study of drug resistance, researchers often try to understand the fitness of cells that have specific mutations in the presence of a drug in a laboratory setting,” explained Jacob Scott, M.D., D.Phil., radiation oncologist and head of Cleveland Clinic’s Theory Division in the Lerner Research Institute Department of Translational Hematology and Oncology Research. “But the reality is more complex, because tumor cells don’t exist in a vacuum; instead, they co-exist in a complex, heterogeneous mixture of other tumor cells and normal tissues—an interacting ecology.”

With approximately 90% of cancer deaths attributed to treatment-resistant disease, these cellular interactions, also known as “evolutionary games,” have high stakes.

In their latest study published DATE in Science Advances, Dr. Scott and his collaborators used an assay they previously developed to directly measure those interactions in a simplified tumor environment consisting of drug-resistant non-small cell lung cancer cells and drug-sensitive precursor (ancestor) cells.

Cells resistant to the metastatic non-small cell lung cancer treatment gefitinib were derived from existing lung cancer cells by continual treatment with gefitinib over six months, and grown in an in vitro co-culture experiment with their sensitive ancestors. Cellular growth dynamics were assessed with and without gefitinib.

“We cultured the two groups of cells together in different starting fractions and we measured how their growth changed depending on how much of each group was mixed together,” explained Jeff Maltas, Ph.D., a postdoctoral researcher at Cleveland Clinic and co-lead author on the study.

This changing growth dynamics between treatment-resistant and treatment-sensitive cells could not be detected by standard assays available to date and suggests a novel mechanism by which resistant cells persist in the absence of treatment.

“This paper highlights the need to understand and directly measure those ecological interactions that come from being around other cell types,” Dr. Scott said. “That’s something we’re doing here that’s fundamentally different.”

Dr. Scott notes that although these latest findings cannot be directly extrapolated to clinical scenarios, they do raise important questions with potentially significant implications on clinical research and trial design. In broader terms, could patients benefit from taking a break from medication to allow the maintenance of a critical treatment-sensitive population of tumor cells? And, could treatment regimens consisting of on-treatment and off-treatment periods allow for better control of cancer cell growth and, in the long term, prolong the lives of patients?