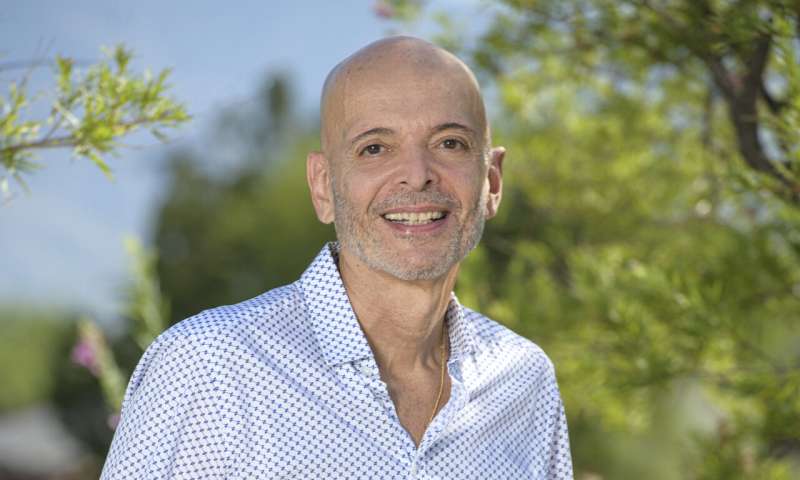 A potentially safer, more effective chemotherapy treatment for patients with blood-related cancers, such as leukemia, who need a particular bone marrow transplant procedure is under study at the University of Arizona Health Sciences.

Haplo-BMT has been critically important in improving survivability for patients who lack a perfect match, a problem more prevalent among minority populations. Less than 40% of Hispanic and less than 20% of African American patients will successfully have a match in the national or international registries, compared to nearly 80% of white patients, said Emmanuel Katsanis, MD, professor in the Departments of Pediatrics, Medicine, Pathology and Immunobiology at the UArizona College of Medicine—Tucson, director of the adult and pediatric hematopoietic cellular therapy and transplant program at Banner—University Medicine and the UArizona Cancer Center, and a researcher at the UArizona Steele Children’s Research Center.

For several years, Dr. Katsanis has introduced to patients the relatively new and life-saving haplo-BMT treatments. The most commonly used protocols begin with chemotherapy, followed by the transplant from the half-matched donor. After the transplant, a patient is given more chemotherapy with the drug cyclophosphamide to leave the patient stem cells and non-reactive T-cells to fight certain infections. Nevertheless, Dr. Katsanis is hopeful to uncover an even more effective chemotherapy drug.

“The current standard treatment with cyclophosphamide is effective,” Dr. Katsanis said. “However, it can also suppress the donor T-cells from attacking the leukemia. Therefore, we hypothesized other drugs may work similarly and, hopefully, better than cyclophosphamide. We found in previous research in our laboratory, which was published in the British Journal of Haematology, a journal of the British Haematology Society, that one of those drugs was bendamustine.”

Based on those findings, Dr. Katsanis wrote a Phase I clinical trial titled, “Haploidentical BMT with Post-Transplant Cyclophosphamide and Bendamustine” (ClinicalTrials.gov identifier: NCT02996773). This trial was established to test bendamustine in humans, and Dr. Katsanis recently reported preliminary results in an interim analysis published in eJHaem, another British Haematology Society journal.

“The early results from this first half of the Phase 1 trial have shown bendamustine is well-tolerated,” Dr. Katsanis said. “It may have advantages to recovering white blood cell counts and platelets earlier, and less susceptibility to regenerating viral infections, such as cytomegalovirus (CMV) infection. We saw a statistically significant reduction in CMV,” a noteworthy posttransplant complication.

Dr. Katsanis’ expertise in haplo-BMT also has produced promising findings for pediatric and young adult patients. He and a team of researchers recently published in Frontiers in Pediatrics the largest pediatric study of its kind to date in North America. The study demonstrated that of 21 pediatric and young adult patients who received haplo-BMT for hematlogic malignancies (cancers that affect the blood, bone marrow and lymph nodes) at Banner Children’s at Diamond Children’s Medical Center, 84% were alive with a median follow-up of more than two years.”

That survival rate is a significant result, providing hope for patients and their families.

This 10-Minute Workout Will Give You J.Lo-Level Swimsuit Confidence

Shortage of flu vaccine – so the countries to solve the Problem