That’s one way to train your skull: Repeatedly suffering concussions can make a person’s skull thicker and denser, study finds

Repeated head trauma will make the skull both thicker and denser, a new study finds – though researchers are unsure if a more armored skull is actually providing any additional protection.

Researchers from Monash University, in Clayton, Australia, found that rats who had small weights dropped on their heads in an effort to stimulate concussive symptoms were found to have more reinforced skulls after their recovery.

They speculate that this is the body working to reinforce its defenses of the brain – an animal’s most important organ. The research team could not determine whether the extra thickness was actually making future brain trauma less likely.

Concussions and brain trauma are well studied topics, but little research has been done into the body’s natural reaction to it – and potential built in protections we may already have against injury. 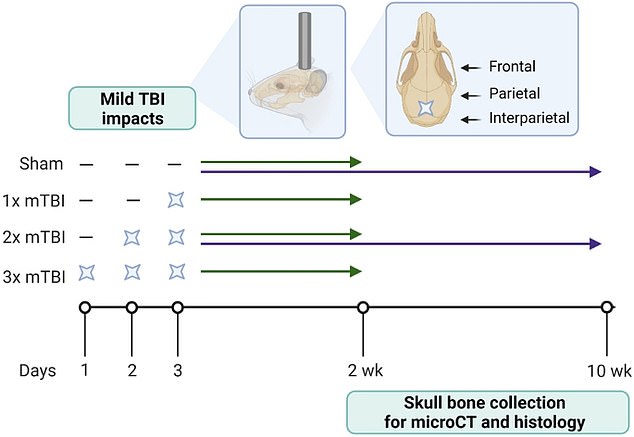 Researchers dropped small weights onto the heads of rats, and found that there was clear correlation between head trauma suffered and thickness and denseness of skulls. The rats were split into three groups, each suffered a different level of head trauma

‘We have been ignoring the potential influence of the skull in how concussive impacts can affect the brain,’ Bridgette Semple, an associate professor at Monash, said in a statement.

‘These new findings highlight that the skull may be an important factor that affects the consequences of repeated concussions for individuals.’

Researchers, who published their findings last week in Scientific Reports, gathered 37 rats for the study.

The rodents were split into four groups. Three of the groups were hit with different impacts to the head to simulate different concussion and brain trauma severities.

A fourth placebo group was not hit with major impact, in what the research team described as a ‘sham’ weight.

Small weights of 250 grams each were attached to a device and dropped onto the rats from around one meter high. Rats were subject to the head trauma every 24 hours.

The rats were then screened to measure brain health and bone density. A clear correlation was found between harder impacts and thickness and density of a person’s skull.

Researchers are unsure why this is occurring, and what it actually means.

‘This is a bit of a conundrum,’ Semple said.

‘As we know, repeated concussions can have negative consequences for brain structure and function. Regardless, concussion is never a good thing.’ 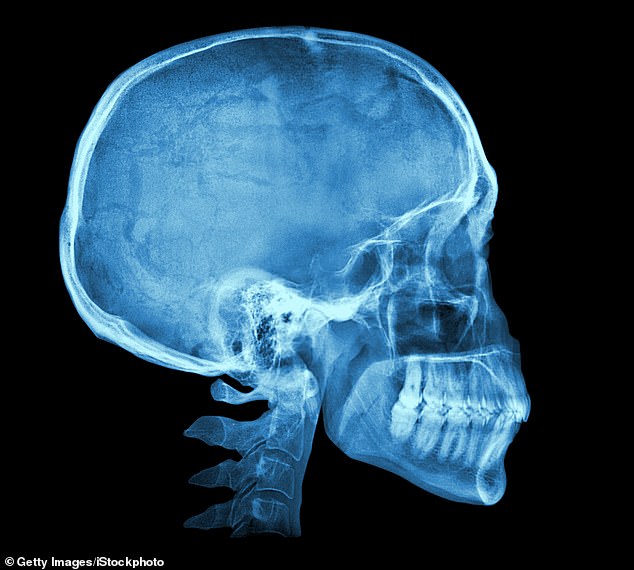 They plan to perform more research into how repeated head trauma can affect the skeletal protection of the brain.

Concussions are relatively serious traumatic brain injuries caused by a blow or bump to the head.

Even one concussion can lead to significant brain injury and have permanent impact on a person’s cognition and overall health.

Repeated concussions can lead to severe neurodegeneration. Many athletes have notably struggled with conditions related to head injury.

Football players, boxers, and others who play high contact sports often struggle with chronic traumatic encephalopathy after their playing careers – also known as being ‘punch drunk’.

US election 2020: The psychology of voting … and not voting

Spaniards put faith in COVID-19 vaccines even as cases surge

One in six children has a probable mental disorder in 2021