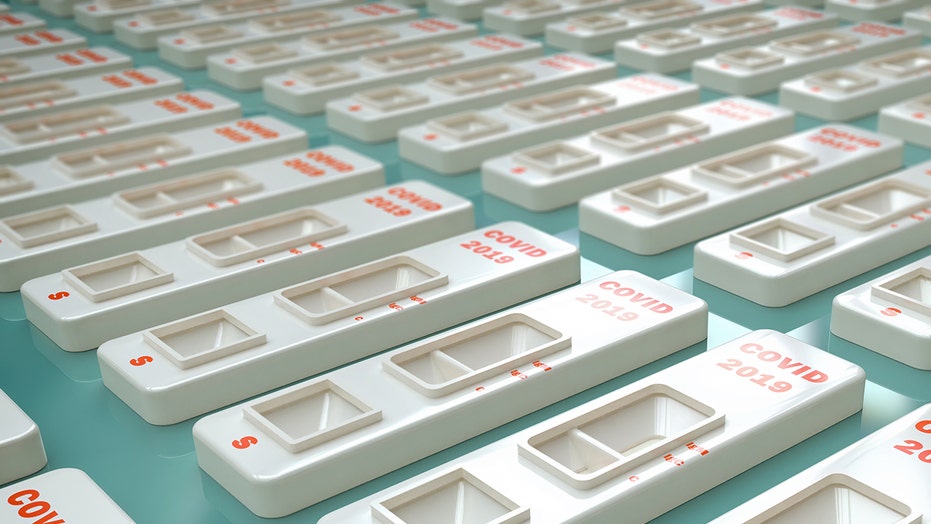 Coronavirus tests: which one should you take?

New coronavirus tests are being developed every day. The Trump administration just ordered 150 million rapid antigen tests from Abbott Laboratories, but how do they stack up against other tests like the Polymerase chain reaction (PCR) test? Top infectious disease doctors from Harvard and Johns Hopkins break down the differences between the two tests to determine which diagnostic tool might be better at curbing transmission rates.

Rapid antigen tests could play a pivotal role in curbing the spread of the coronavirus, according to some of the country’s top medical professionals.

Antigen tests are the type of tests the White House just ordered from Abbott Laboratories in a  $750 million deal that will reportedly buy 150 million of its new rapid coronavirus tests: the BinaxNOW COVID-19 Ag Card.

The Trump administration announced it will begin distributing these new rapid coronavirus tests to governors in mid-September.

“The recent one that just came out by Abbott shows that they have around a 97% sensitivity to detect people in the first week of infection of symptoms. And that, we know, is when people are most likely to transmit to other people,” Dr. Michael Mina, an epidemiologist at Harvard T.H. Chan School of Public Health told Fox News.

President Trump’s new coronavirus adviser, Dr. Scott Atlas, said this massive number of tests will be deployed in a variety of ways, including to in-home care and senior centers.

“We're going to send a lot to the states because the governors are in charge of their states and we're there to support them. And however they decide to use them and allocate them in their states, they will have the flexibility, of course, to do that. This is a federalist system. We don't dictate to every state what they're going to do,” Atlas told Fox News.

An antigen test looks for proteins of the virus or the actual shapes of the molecules that make up the virus. The test is done with a nasal or throat swab at a hospital or doctor’s office, but the hope is that these tests will soon be available for home testing in the near future. According to reports, the Abbott test is for patients who have had COVID-19 symptoms for seven days or less and must be prescribed by a physician and performed by a health care worker.

The biggest benefit, some say, is the fact that the test costs $5 and can deliver results within 15 minutes. 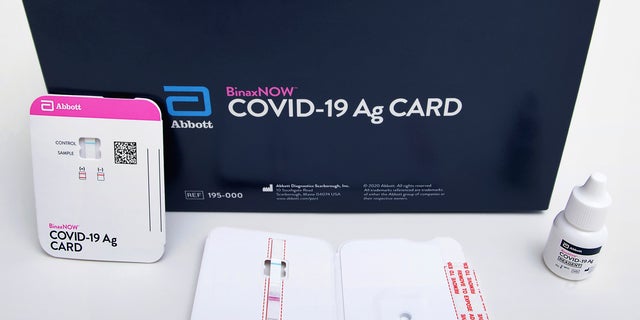 The Food and Drug Administration on Wednesday, Aug. 26, 2020, authorized BinaxNOW, the first rapid coronavirus test that doesn’t need any special computer equipment to get results. (Abbott Laboratories via AP)

Also, the new Abbott test doesn't require a machine, which has been called a real plus, according to Dr. Gigi Gronvall, a senior scholar and associate professor at the Johns Hopkins Center for Health Security at the Bloomberg School of Public Health. “It does make it easier to put it in more places. So you could have a school nurse, for example, administer this test versus having to get all the equipment that will allow you to read it, which is found more in laboratory settings,” she told Fox News.

The diagnostic tool that is considered the “gold standard” for COVID-19 testing is the polymerase chain reaction (PCR) test.

PCR tests look for the genetic material of the virus — or the RNA, which is like human DNA for the virus. Mina said you can compare finding virus RNA with how detectives find and use DNA at crime scenes.

“RNA could be very, very powerful to let you know if you have any of the virus in you or even if you've had it in you in the past few weeks,” Mina explained. “But that means it can stay positive for quite a long time in the same way that DNA can stay positive if you find a person's hair on the floor, you can find that that person was in the location.”

According to the Centers for Disease Control and Prevention, the sensitivity of rapid antigen tests ‒ or the ability of the test to correctly identify people with the infection ‒ is generally lower than PCR. The agency’s website states that the first two antigen tests that have received Emergency Use Authorization (EUA) from the Food and Drug Administration demonstrated a sensitivity of 84% and 97% compared to PCR.

ARE FLU SHOTS SAFE AMID THE CORONAVIRUS PANDEMIC?

Experts also say that, because it takes such a high volume of virus to generate a positive result in antigen tests, some patients who have been symptomatic for more than five days may drop below the limit of detection of the test, possibly resulting in a false negative result, while a PCR test, the more sensitive test, would be able to catch those small amounts of virus and return a positive result.

To minimize the amount of false negative cases, Dr. Gronvall said ideally people should follow-up a negative test with a PCR test to get clarity on whether they are in fact infectious

“At the end of the day, though, it's better to have more testing and have more people getting tested, because even if it doesn't give the right result all the time, if more people are doing it, the models show that it will help to reduce the transmission,” Gronvall said. 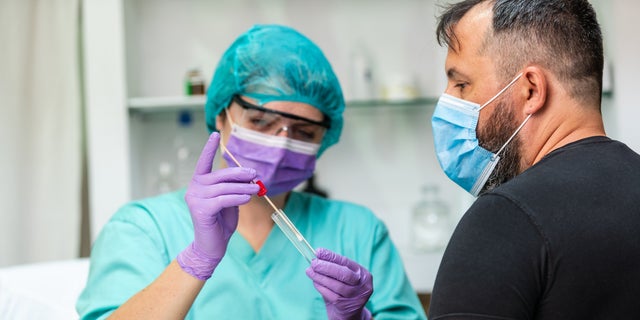 PCR tests, also known as molecular tests, are performed at a hospital or medical office. One of the biggest differences between PCR and antigen tests is the speed of the test. The sample taken during a PCR test is typically sent to a lab where results are turned around between 24-hours up to a week, depending on lab capacity.

“Speed is so important for these tests because if you're going do anything with the information, you need to have it quickly. Having a test that’s super sensitive and then it takes you days to learn what the answer is, is not going to help anyone because you're going around and potentially interacting with people and potentially exposing people during that time when you are waiting for the results of your test,” Gronvall said.

Although antigen tests may not be as sensitive as PCR tests, frequent testing will be key to staying ahead of the curve, Mina said.

“The ability to pick up 10 molecules doesn't really tell you much about somebody's infectivity status. But if you have a test that can pick up one hundred thousand or more, then that will get you very far along the road to being able to pick up all the people who are transmitting,” Mina said. “I would like to see them [antigen tests] be used by everyone before they leave their house in the morning, especially people where outbreaks are still pretty large, places in Georgia, Florida, as these can be used to stop transmission chains by giving people knowledge of their transmissibility status every day.” 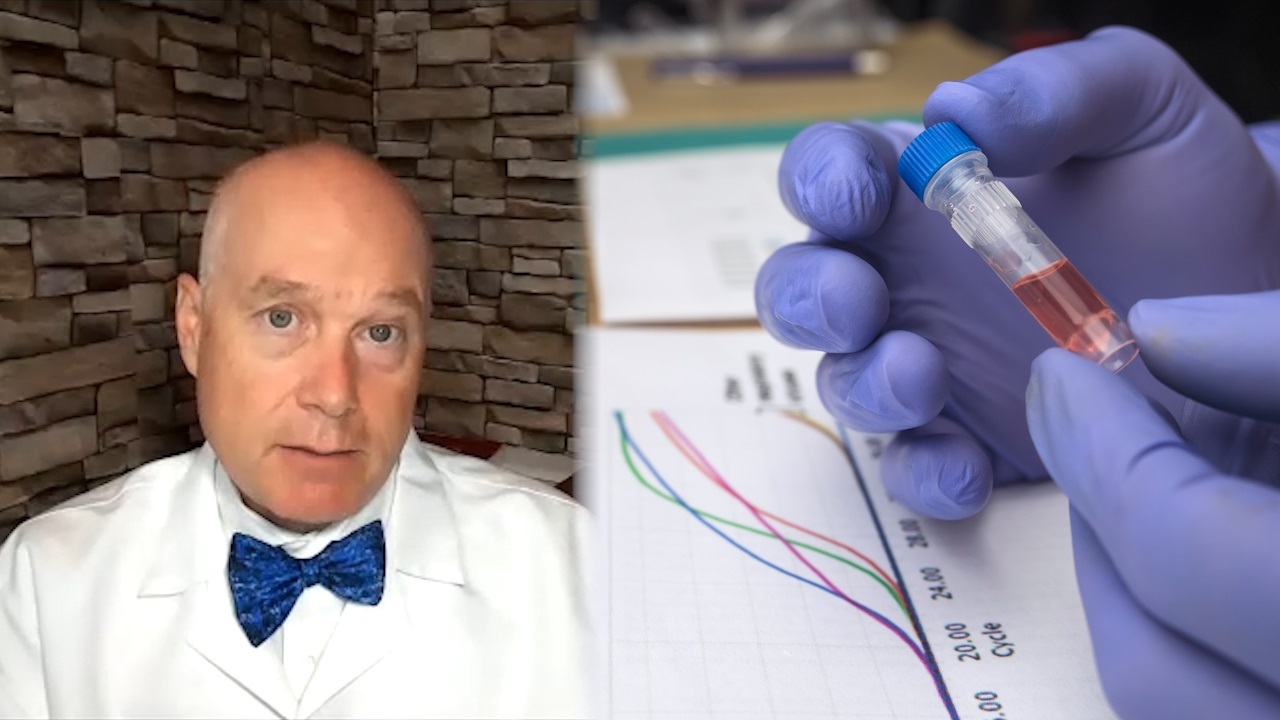 While COVID-19 continues to infect thousands of Americans as fall and winter months approach, the government has stepped up its support for new testing methods.

The National Institutes of Health recently announced it is providing nine more companies with $129.3 million as part of its Rapid Acceleration of Diagnostics (RADx) initiative.

“There is no drawback in testing being done here. We are going to increase testing. We're going to do it even smarter than what was done in the past with leveraging this incredible capacity to do tests. And we're going to result in saving more lives,” Atlas said.

Doctors ‘should tell their patients to stop using cars’