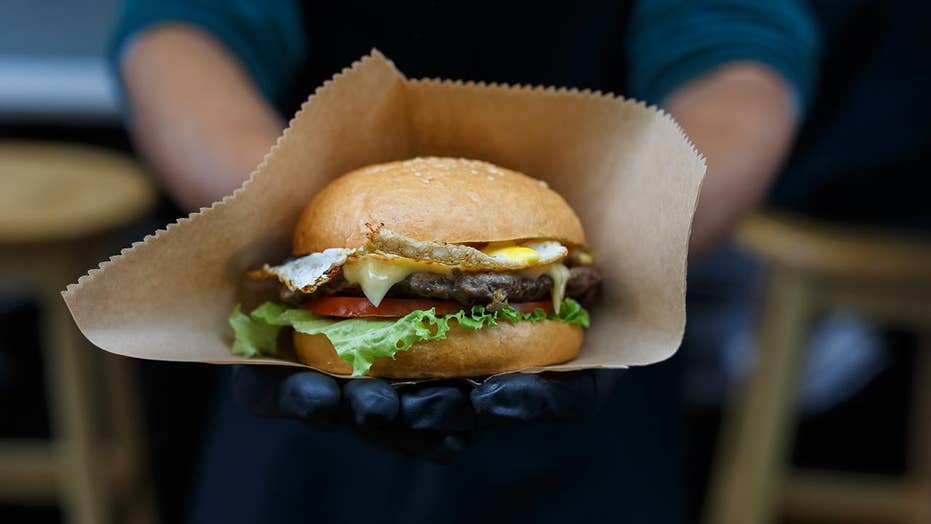 Are chemicals hiding in our food?

Fad diets can only work for so long. Many people lose weight initially, but tend to regain the weight and feel disheartened shortly after. However, nutritionist Dr. David Friedman says food isn’t the only weight gaining culprit, because it’s the chemicals hiding in our food that’s obstructing weight loss success.

Anyone who’s ever pulled open a bag of potato chips knows how hard it can be to set it aside unfinished. A new study from the National Institutes of Health aims to understand why.

The “landmark” research, appearing in the journal Cell Metabolism, shows that “ultra-processed” foods may actually have something habit-forming in them, pushing people to overeat and gain more weight than those on a whole food or minimally processed food diet.

Previous studies have shown that eating foods like this is associated with an increased risk of cancer, cardiovascular disease and early death, but these observational, self-reported studies could only show a correlation, so scientists could not directly attribute a diet of processed foods with obesity and illness. 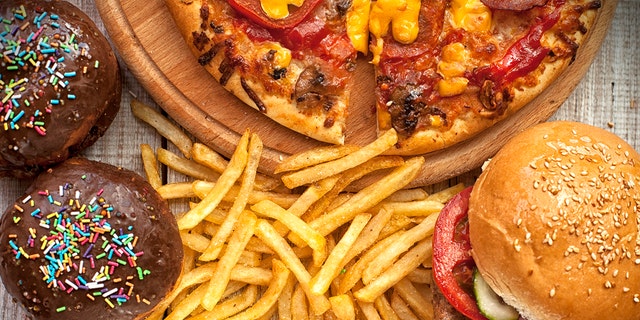 The "landmark" study was first published in the journal Cell Metabolism.
(iStock)

The NIH’s first-of-its-kind, strictly controlled trial revealed that those on an ultra-processed diet consumed 508 more calories on average — leading experts to speculate whether these foods are somehow addictive — and each gained about 2 pounds during the two-week period. Those on the unprocessed diet actually lost 2 pounds.

“I was surprised by the findings from this study, because I thought that if we matched the two diets for components like sugars, fat, carbohydrates, protein and sodium, there wouldn’t be anything magical about the ultra-processed food that would cause people to eat more,” says lead author Kevin Hall of the National Institute of Diabetes and Digestive and Kidney Diseases at the NIH. “But we found that, in fact, people ate many more calories on the ultra-processed diet, and this caused them to gain weight and body fat.”

For a month, 20 healthy volunteers were admitted to the NIH’s Metabolic Clinical Research Unit and divided into two groups: one on an ultra-processed diet (read: white bread, canned produce, jarred condiments and more) and the other consuming made-from-scratch meals. After two weeks, the groups traded regimens. Participants were provided three meals a day, plus unlimited water and snacks according to their assigned diet. Everything they consumed was recorded.

Per the NOVA Food Classification system — which separates foods into four groups based on their level of processing — a breakfast of Honey Nut Cheerios, whole milk with added fiber, a packaged blueberry muffin and margarine was considered ultra-processed; an example of an unprocessed breakfast is a parfait made with plain Greek yogurt, strawberries, bananas, walnuts, salt and olive oil, with a side of sliced apples and fresh-squeezed lemon. Participants agreed both diets were tasty and satisfying.

Researchers were also careful to make sure volunteers on both diets received near-equivalent nutrition, regardless of processing. To make up for the lack of dietary fiber in the processed diet, participants in that group were also given beverages with added fiber, such as juice or lemonade.

Participants who started on the processed diets snacked on an added 508 calories a day, put on 2 pounds and gained body fat in the first two weeks — then lost the weight and fat when they switched to whole foods. In just a month, metabolic tests did not reveal any significant health concerns, such as found in liver fat, hormone and blood glucose levels.

Researchers think that participants on the processed diets might be consuming more because they also ate more quickly than the others.

“There may be something about the textural or sensory properties of the food that made them eat more quickly,” says Hall. “If you’re eating very quickly, perhaps you’re not giving your gastrointestinal tract enough time to signal to your brain that you’re full. When this happens, you might easily overeat.” 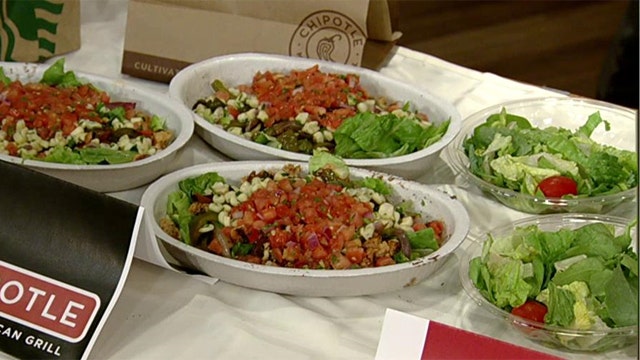 Processed foods also tend to be more calorie-dense, so less is required to provide the same amount of energy as unprocessed foods. Even with the added beverages for fiber, which some researchers believe doesn’t satiate the way solid food does, participants sought more solid food and, as a result, consumed more calories.

Furthermore, in spite of their best efforts to balance nutrition in both diets, they couldn’t help that 15.6% of calories in the unprocessed diet came from protein, compared to the processed diet’s 14%.

“It could be that people ate more because they were trying to reach certain protein targets,” Hall says.

Investigators intend to continue exploring what drives the increase in calorie consumption among those who eat lots of processed foods, although they admit the stuff can be difficult to avoid.

“We know there are a lot of factors that contribute to why someone might choose an ultra-processed meal over an unprocessed one,” says Hall. “For people in lower socioeconomic brackets especially, we need to be mindful of the skills, equipment, knowledge and expense needed to create unprocessed meals.”

This story originally appeared in the New York Post.

8 Types of Dementia and How to Recognize Their Symptoms, According to Experts

Four-year-old left on an unstaffed ward after operation, mother says

Psilocybin, in 10mg or 25mg doses, has no short- or long-term detrimental effects in healthy people