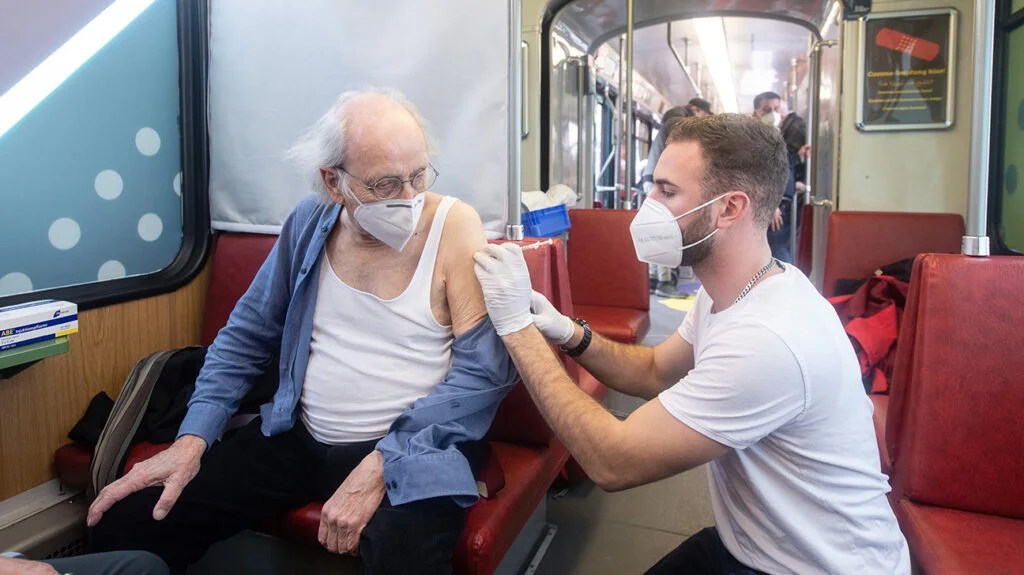 The nervous system disorder Parkinson’s disease affects 0.1–0.2% of the world’s population. Its incidence increases with age to 1% in those over 60 years of age. Known risk factors for Parkinson’s disease include genetics and environmental factors, and past research has also linked the condition to other diseases including influenza and type 2 diabetes.

Now, scientists from Thomas Jefferson University in Philadelphia, PA, reported a link between SARS-CoV-2 infection and a higher risk of developing Parkinson’s disease via a mouse model.

The study was recently published in the journal Movement Disorders.

Building on past findings

This study is building on findings from a previous study published in Movement Disorders in May 2022. According to lead author of this new study Dr. Richard Smeyne, he previous study — in which he also participated — showed the H1N1 influenza virus increased sensitivity of the dopaminergic neurons in the brain to a chemical called MPTP in a mouse model.

Dr. Smeyne is chair of the Department of Neuroscience and director of the Jefferson Comprehensive Parkinson’s Disease and Movement Disorder Center at the Vickie and Jack Farber Institute for Neuroscience in Philadelphia, PA.

MPTP, Dr. Smeyne explained to Medical News Today, has been used to model in mice some of the pathology seen in Parkinson’s disease.

With the recent COVID-19 pandemic, Dr. Smeyne said he and his team wanted to determine if those who survived the infection would show a similar effect in the dopaminergic neurons.

“If we saw no effect, we would be able to breathe a sigh of relief,” he explained. “Unfortunately, we found that infection with the initial SARS-CoV-2 variant (Alpha (B.1.1.7 USA-1) was about two times more sensitizing to (the MPTP) mitochondrial toxin than the 2009 H1N1 influenza.”

For the study, researchers infected genetically-altered mice with the SARS-CoV-2 virus, which causes COVID-19. The mice were allowed to recover from the virus. Thirty-eight days after recovery the mice received a low dose of MPTP.

Upon brain examination two weeks later, scientists found that the SARS-CoV-2 infection itself did not negatively affect the dopaminergic neurons. However, researchers noticed neuron loss similar to that seen in Parkinson’s disease in the mice injected with MPTP.

What is it about SARS-CoV-2 infection that made the mice more susceptible to MPTP? Dr. Smeyne believed it has something to do with the inflammatory reaction the infection causes in the body, triggering an increase in proinflammatory cytokines — the cytokine storm.

“We think that these inflammatory signals from the body are transmitted to the brain, which then induces the immune cells of the brain, called microglia, to start this whole process in the nervous system,” Dr. Smeyne continued.

“Unfortunately, the part of the brain that [is affected] in Parkinson’s disease is loaded with these microglial cells and thus we think that makes this part of the brain particularly sensitive to this kind of insult.”

Although these study results are concerning, Dr. Smeyne said these findings do not suggest that everyone who has had a SARS-CoV-2 infection would get Parkinson’s disease.

“In this study, we show that infection with the alpha [variant of SARS-CoV-2], at a level that would be considered moderate to severe, will increase risk by about two times that seen after flu, or what we would predict to be about 3.5 out of 100,” he explained. “Thus, on an individual level, the risk is still not that great.”

“However, the increased incidence we predict would make this 210,000 or 90,000 more people who would develop PD than would not have, [if they had not had the infection].”

Dr. Michael Okun, medical advisor for the Parkinson’s Foundation, also spoke with MNT about this study.

Dr. Okun said medical professionals have long been concerned about dual hits contributing to the later emergence of Parkinson’s disease. “Experts previously discussed this possibility in the context of influenza, however now we must consider COVID-19,” he explained.

Dr. Okun is also professor and chair of neurology and executive director of the Norman Fixel Institute for Neurological Diseases, University of Florida Health.

In regards to this study, Dr. Okun said although it took place in a non-human setting, it does strongly suggest the combination of MPTP and SARS-CoV-2 infection resulted in worrisome effects on brain tissue.

“Although the study was animal-based, and the short exposure did not closely mimic real-world settings, the findings were concerning,” he explained.

“Surveillance of Parkinson’s disease in the post-COVID-19 world will be important as if incidence and prevalence rates change, this could have wide-ranging implications.”

It’s not just what you eat, but WHEN you eat that matters, study finds