Are meal-replacement diets safe? Oxford researcher debunks eight myths and says they CAN keep weight off

Are meal-replacement diets with shakes and soups really safe and effective?

Experts have often warned against the mostly liquid and low calorie diets, which can be difficult to stomach.

And even if you do lose weight, which is likely, there is the risk of piling it back on once you start eating normal food again.

However, Dr Nerys Astbury, a senior researcher into diet and obesity at University of Oxford, has reviewed the evidence.

In a piece for The Conversation, she debunks negative myths about the meal-replacement diet, which she said are making a comeback in popularity. 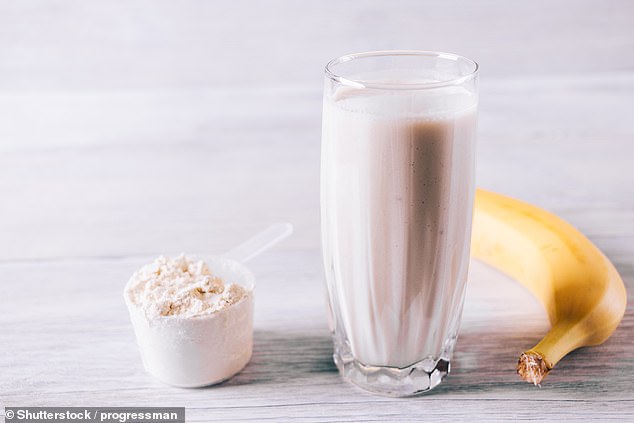 Swapping some of your usual meals, which might contain between 500-800 calories, with meal replacement products that typically contain 200-300 calories each, helps reduce your daily calorie intake.

It is this calorie control that is the key feature of any successful weight-loss diet. Since the meal replacement products are calorie and portion controlled, it’s a lot easier to follow this type of diet than one where calories have to be calculated.

2. I’ll be limited to repetitious shakes

Meal-replacement products have come a long way from chalky-tasting shakes that only come in one flavour.

Today there is a wide range of products to choose from, including the traditional shakes in flavours to suit all tastes (including vanilla chai and mint choc chip), soups, bars, smoothies and even some prepackaged meals, meaning that your diet won’t be dull or boring.

WHAT ARE MEAL REPLACEMENT DIETS?

A meal replacement is usually a drink, bar, or soup which is intended as a substitute for a solid food meal, usually with controlled quantities of calories and nutrients.

They are designed for people who are obese or seriously obese, with a (BMI) of more than 30, who have been unable to lose weight despite changes to diet and lifestyle.

How many ‘meals’ you have would depend on how much weight you need to lose and your BMI, but usually consists of three or four, sometimes with one normal meal.

The meal plans can lead to very rapid weight loss, and you’re advised to see your GP before starting.

The diets are currently only available privately, but some believe it should be available on the NHS.

We combined similar trials into groups for analysis. Across each group, although people in the control programmes lost weight, the people who followed a meal replacement diet lost significantly more weight after one year.

On average, people who followed a meal-replacement diet lost 1.4kg more than people using other diets after one year.

Although only a few of the studies included in our latest review reported on long-term follow up (which is common for diet and weight loss studies), the studies that did have a longer follow up showed that people who followed a programme that included meal replacements weighed less than when they began the programme up to four years later.

Some people believe that diets that limit the intake of ‘real food’ can cause headaches, insomnia, fatigue, constipation and diarrhoea. But these are common side effects associated with many forms of dieting and are not limited to the use of meal replacements.

In our latest review, although many studies did not report harms, the studies that did report harms found no evidence that using meal replacements for weight loss caused any more serious side effects than other sorts of weight-loss programmes (including traditional diets using real food).

6. I’ll feel hungry all the time

Meal-replacement products are formulated to be high in protein and fibre, both ingredients that have been shown to suppress appetite. Even though the portions look small, they fill you up so you won’t feel hungry and go seeking calorific snacks between meals. 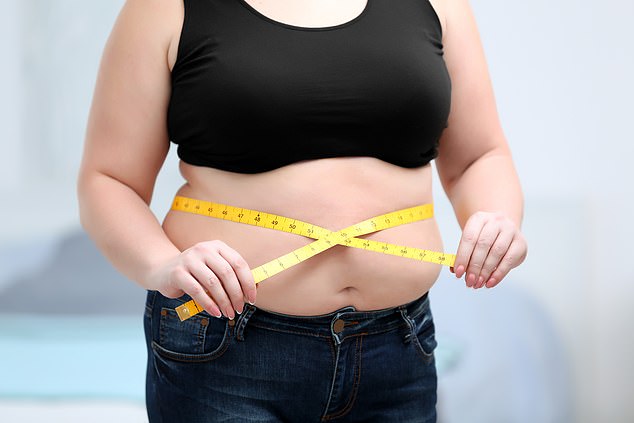 7. I’ll end up with a poor quality diet

When people reduce the amount of food they eat in order to lose weight, it becomes more difficult to get the recommended intakes of nutrients that are essential for good health.

However, our review found that the use of meal replacements in an energy restricted diet was not associated with any nutritional deficiencies. This is presumably because the meal replacements are fortified with vitamins and minerals to meet strict regulations on their composition.

8. I might lose weight but I’ll still be unhealthy

Our review showed that risk factors for disease including HbA1c, a blood marker used to diagnose type 2 diabetes, improved more in people using meal replacement than in those using other types of weight loss programme.

If you’re considering losing weight, our latest evidence suggests that replacement diets can be a sound option.

WHY ARE MEAL REPLACEMENT DIETS CONTROVERSIAL?

For example, Oxford University researchers found that people on the diets lost three times more weight than those given standard dietary advice by their GP.

However, they are not always supported by dieticians and health bodies.

The replacement foods are designed to contain all the nutrients the body needs, but are considered a risk because of the lack of calories.

Meal replacement diets are often regarded as ‘very low calorie diets’ by the NHS, providing fewer calories than most people need, made up of low-calorie shakes, soups, bars, or porridge containing milk.

The NHS outline the side effects that can come with such diets, aside from being hungry and low on energy, including a dry mouth, headache, dizziness, cramps, bowel changes and hair thinning.

Sarah Coe from the British Nutrition Foundation, told the BBC: ‘Meal replacement products can be useful for people that have a lot of weight to lose, but should always be used under supervision from a health professional.’

The diets are not suitable for most people, and most dietitians recommend changing lifestyle habits that are realistic to stick to over long periods of time.