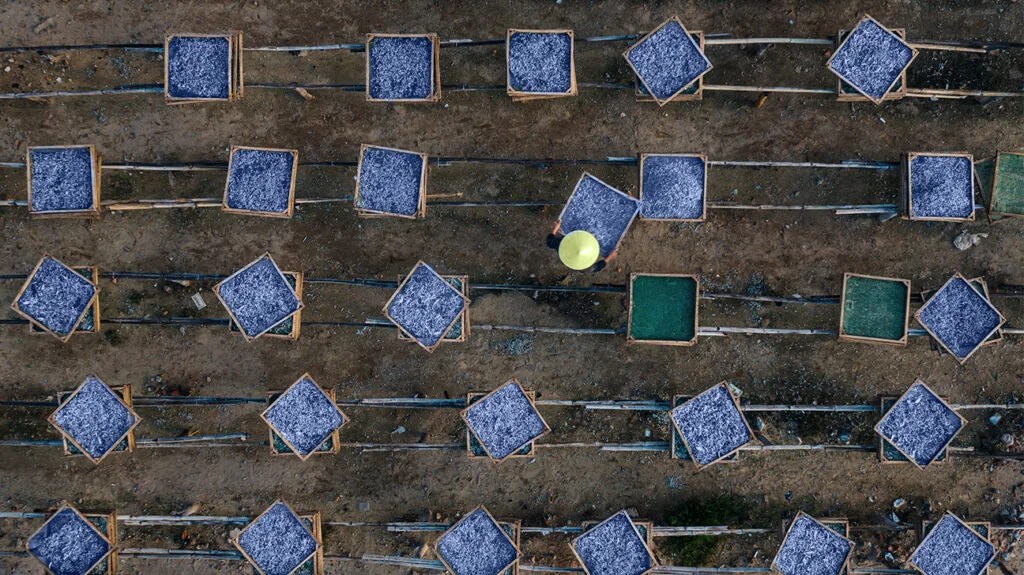 Chronic kidney disease (CKD) affects more than 10% of the global population at around 850 million people. It is more common in older people, and risk factors include diabetes, high blood pressure, heart disease, and a family history of kidney failure.

According to the National Institutes of Health, more than 37 million adults in the United States may have chronic kidney disease.

People with CKD are at higher risk of cardiovascular disease and death.

Managing blood pressure and blood sugar levels is key to keeping your kidneys healthy. Being active, maintaining a healthy body weight, and eating a healthful diet are also important in both preventing and managing CKD.

Now, researchers from the University of New South Wales in Sydney have found that omega-3 from seafood is associated with a moderately lower risk of chronic kidney disease and a slower decline in kidney function.

The study was published in the BMJ.

The link between omega-3 and CKD

The study was a part of the Fatty Acids and Outcomes Research (FORCE) consortium of studies. FORCE was set up to understand the relationships between fatty acids from our diet and metabolic processes, using data from multiple studies.

“This is an interesting study of diet potentially having a direct effect on disease progression. […] The methodology of this pooled analysis is good—more precise and avoids measurement errors related to self-report.”

— Dr. Eamon Laird, visiting research fellow, Trinity College, Dublin, who was not involved in the study.

The researchers analyzed data from 19 studies from 12 countries to assess the association between long-chain omega-3 polyunsaturated fatty acids (n-3 PUFAs) and CKD.

They estimated glomerular filtration rate (eGFR) at baseline and follow-up visits and defined incident CKD as eGFR that decreased to below 60ml/min/1.73 m2. eGFR measures how well the kidneys are removing waste from the body. The healthy range is 90-120 ml/min/1.73 m2.

People who had higher levels of seafood-derived omega-3 in their diet had an 8% lower risk of incident CKD. Those with total seafood n-3 PUFA levels in the highest fifth had a 13% lower risk of CKD compared with those in the lowest fifth.

Dr. Shree Mulay, CEO and nephrologist at The Kidney Experts, PLLC, who was not involved in the study, welcomed the study, but urged some caution, especially in people who already have CKD.

“It’s exciting to explore if eating fattier seafood could lead to increased PUFA intake and slower CKD progression. However, it’s essential to be wary as many of these fish are packed with phosphorus — a mineral that nephrologists work hard to keep low in dialysis patients and those with advanced CKD,” she told Medical News Today.

Plant-derived omega-3s, such as alpha-linolenic acid (ALA), which is found mainly in nuts and seeds, had no effect on CKD risk.

“For plant-derived ALA, the finding was not too surprising although still interesting to observe, since ALA generally shows weaker effect on metabolic risk factors such as lipid, glucose and inflammatory markers in clinical trials, when compared to EPA and DHA.”

“The important implication from our study is that adequate consumption of seafood and oily fish (where most such blood omega-3 fatty acids come from) may help to prevent or delay the development of chronic kidney disease.”

And Dr. Laird agreed: “The seafood-derived omega-3 is in a ‘ready to use’ form by the body already, and it makes scientific sense it would be associated with a health outcome such as CKD.”

The drawbacks of an observational study

Although the findings from the study are promising, the results do not indicate a causal relationship.

“It should be noted that our findings do not prove a causal relationship between seafood n-3 PUFA and CKD risk as the findings were observational, but they are supportive and consistent with current clinical guidelines that recommend adequate intake of seafood as part of healthy dietary patterns, especially when seafood replaces the intake of less healthy foods,” Dr. Ong said.

Dr. Laird, meanwhile, called the findings “controversial,” and said many other compounds could have had a similar effect.

“[T]he authors did not take into account other dietary factors (including other vitamins (e.g., vitamin D) and minerals found in fish) which also have anti-inflammatory benefits which the EPA and DHA levels are just tracking against,” he noted.

“Direct mechanisms could have included anti-inflammatory, direct effects on the immune system and dampening ‘inflamaging’. In addition, higher DHA and EPA may have reno-protective properties in kidney diseases, with attenuation of fibrosis.”

“An earlier analysis of trials in 2017 found that there was no reduction in markers of inflammation (CRP, IL-6, TNF-alpha) in patients with CVD supplemented with omega-3. However, the effects could be localized to the kidney and not show up in body system-wide inflammatory measures,” Dr. Laird added.

Part of a healthful diet

The Dietary Guidelines for Americans recommend that adults eat 8-10 ounces (225-280g), or 2-3 portions, of seafood each week. Children should eat 2-3 ounces weekly to limit methylmercury exposure. The American Heart Association advises a similar intake. On average, Americans eat less than half of that.

Most seafood contains some n-3 PUFAs, but the highest levels are found in cold-water oily fish such as:

People can also get their seafood-derived omega-3s from fish oil supplements. For people on a vegetarian diet, chia seeds, flax seeds, and walnuts are high in ALA, some of which the body converts to EPA and DHA.

DHA and EPA are both thought to reduce inflammation, which has been linked to a range of chronic conditions, such as type 2 diabetes, heart disease, and other autoimmune disorders.

So, although this study does not prove conclusively that including seafood in your diet will reduce your risk of CKD, for most people, increasing the intake of seafood, particularly oily fish, is likely to benefit overall health.

Cheese recall action in the case of PENNY: a sharp-edged foreign bodies can cause injuries!

Surprising Ways Winter Affects Your Health & How to Deal With Them