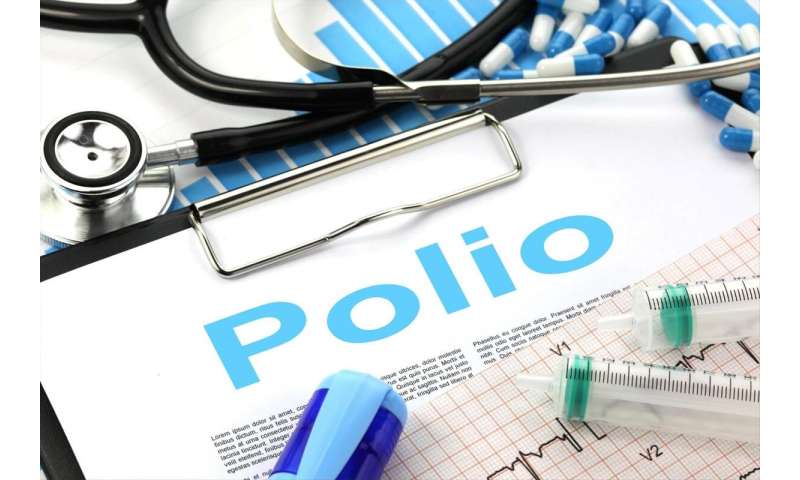 Despite being declared polio-free in 2000, Australia consistently fails to reach some World Health Organization (WHO) benchmarks for adequate surveillance, showing a “level of complacency among physicians,” say the authors of a Perspective published online today by the Medical Journal of Australia.

There are only two countries in the world where wild poliomyelitis still exists—Afghanistan and Pakistan. However, oral vaccine strain virus can slowly accumulate mutations over time, which eventually revert to neurovirulence—these strains are known as vaccine-derived poliovirus (VDPV). Papua New Guinea reported an outbreak of VDPV in 2018, the Philippines had 15 cases in late 2019, and Malaysia reported three cases in 2019 and one so far in 2020.

“Between 2012-13 and 2017-18, the median number of annual arrivals for Philippine citizens to Australia was 141 813, with 8% of these arrivals being children younger than 15 years,” Durrheim and colleagues wrote.

“Screening individuals at our borders is not an economically viable option to prevent poliomyelitis, thus highlighting the importance of optimal immunization and high-quality surveillance.”

Adequate clinical surveillance of poliomyelitis is based on two key WHO indicators—first, achieving an acute flaccid paralysis (AFP) detection rate of at least one case per 100,000 children younger than 15 years; second, the WHO requires enterovirus culture on two stool samples collected at least 24 hours apart, both within 14 days of onset of paralysis, for at least 80% of reported AFP cases.

“While Australia has met the surveillance target for AFP detection for the past 11 years, we consistently fail to reach the WHO benchmark for stool submissions,” wrote May and colleagues.

“In 2018, adequate stool collection was achieved in only 44% of Australian AFP cases and 2019 results are currently at 65%. The most populous states of New South Wales and Victoria consistently underperform, with rates of 33% and 42% respectively for 2018. In 2018, three cases of AFP and anterior horn cell abnormality on magnetic resonance imaging in young children were reported to WHO by Australia as ‘poliomyelitis compatible’ because of a lack of adequate clinical information and appropriate stool sample collection.”

Durrheim and colleagues wrote that “there appears to be a level of complacency among physicians due to the rarity of clinical poliomyelitis in Australia.”

Children with ASD are not just picky eaters

Prosthetic hand can FEEL and be controlled by the mind