Hospitals with well-run volunteer schemes are more likely to be given a top rating by inspectors, the health watchdog has said.

He said volunteering programmes at some hospitals have been so successful they have even helped to boost their rankings to ‘outstanding’.

The hospital watchdog is backing the Daily Mail’s Christmas campaign to drive up the numbers of volunteers in the NHS. 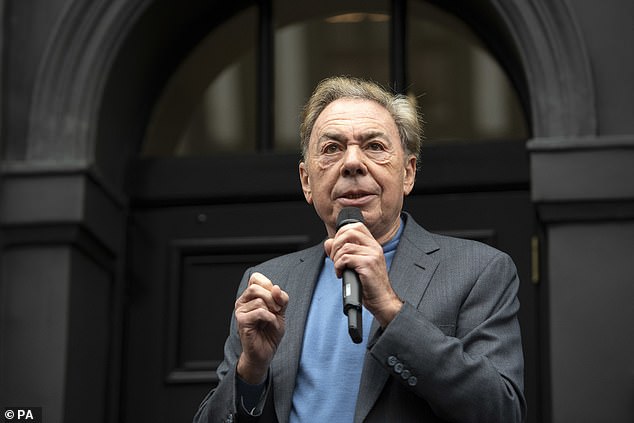 Prospective volunteers can register their interest by filling out a simple form online; they will be matched with an NHS trust, with placements running from the spring, depending on availability and subject to the necessary checks

Last night, the number offering their time to help patients and relieve the strain on doctors and nurses reached 18,611

Last night, the number offering their time to help patients and relieve the strain on doctors and nurses reached 18,611.

The numbers consist of 10,867 who have chosen to volunteer for three hours a week plus a further 7,744 who said they will give one day a month for the cause.

The Mail’s campaign with the charity Helpforce aims to fill important roles such as providing friendship, transport services and cancer counselling.

Volunteers will not take the place of doctors and nurses, but have the potential to free up more time for frontline staff to focus on patients’ clinical needs.

Professor Baker, the chief inspector of hospitals at the CQC, said the voluntary sector was already playing a vital role.

Health officials estimate that there are already around 78,000 volunteers working in the NHS, with the additional pledges driven by our campaign set to boost this figure by a quarter.

Professor Baker said their important work can make a real difference to hospital performance and should be ‘celebrated and encouraged’.

He said: ‘When the CQC inspect hospitals and assess the quality of care they provide, one of the characteristics that might tell us that a hospital is “outstanding” is whether they recruit volunteers where required – and how well these volunteers are trained and supported in their roles.

‘While they can’t take the place of trained clinical staff, their help can ease pressure on staff, and improve patient care and experience.’

The benefits of volunteers have been documented in a CQC report that highlighted their use at University Hospitals Bristol NHS Foundation Trust.

The trust used volunteers to help improve communications with patients so more kept their appointments, making better use of precious NHS resources.

Inspectors said the trust ‘requires improvement’ in December 2014 due to problems in areas including safety, responsiveness, and leadership.

But in March last year it jumped up two rankings to ‘outstanding’ following improvements in engagement with staff and patients.

Professor Baker added: ‘There are many ways that volunteers can provide practical help to patients, visitors and staff and contribute to helping our NHS be the best it can be – their important work should be celebrated and encouraged.’

The Mail’s volunteer recruitment drive, taking place throughout December, is asking readers to register their interest by filling out a form online.

They will then be matched with a local trust to take on roles for a minimum of six months.

The campaign has already received the backing of Theresa May and has won the hearts of stars including Lord Andrew Lloyd Webber, Sir Tom Jones, Sir Cliff Richard and Joanna Lumley.

Such a blooming great way to help!

Stars are lining up to back the Daily Mail’s NHS volunteer recruitment campaign and encourage readers to give their support: 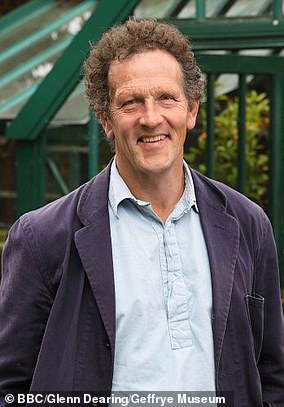 Monty Don: ‘My relationship with the NHS is one of deep admiration, respect and thankfulness. Anything less would be sheer ingratitude.’

‘My relationship with the NHS is one of deep admiration, respect and thankfulness. Anything less would be sheer ingratitude.

‘On my own account, I have turned to them time and again. As a ten-year-old I had a malignant growth removed from the marrow of my humerus.

‘I had hepatitis as a teenager, have been treated for chronic depression, acute appendicitis, a grumbling ulcer, chronic asthma, a stroke, cracked ribs and a ruined knee. In fact, all the usual aches and pains of a life robustly lived – and I consider myself healthy. Every family finds out sooner or later that when the chips are down the NHS will come to the rescue and literally put you together again. Obviously this means we should all contribute via our taxes but if we are able to add to that by volunteering in any capacity, then that really makes a difference, which is why I wholeheartedly support this campaign.’

‘Historically we are a kind, caring and generous nation, so let’s all pledge to volunteer, come to the aid of the NHS, to supports its staff and help those in desperate need. I give this Mail campaign the thumbs up and I know it will succeed brilliantly because of you, the British people.’

‘I am hugely thankful to our NHS staff who work tirelessly under enormous pressure to care for and look after those of us who desperately need their help. I think the Daily Mail Christmas campaign with Helpforce is a brilliant idea and I would encourage everyone to dedicate any time they can spare to volunteer at their local hospital.’

WHAT IS THE DAILY MAIL’S NEW CAMPAIGN TO RECRUIT THOUSANDS OF NHS VOLUNTEERS?

The Daily Mail launched a major campaign at the end of November to recruit thousands of NHS volunteers.

We asked our readers to find time to help patients and take pressure off frontline staff.

Vital hospital roles include mentoring patients, providing friendship and even being a blood courier.

The recruitment drive – the biggest in Britain since the 2012 Olympics and backed by health unions – is a partnership between the Mail and the charity Helpforce.

Those who sign up for the Christmas appeal will be asked to pledge as little as a day a month, or three hours a week, for a minimum of six months.

An estimated 78,000 volunteers already contribute to the NHS, yet the growing complexities of delivering health and social care for an ageing population mean the need for help is greater than ever.

Hospital consultations have doubled in a decade – from 11million in 2008/9 to more than 20million last year.

And last week a report identified a sharp rise in emergency admissions, while there are more than 100,000 staff vacancies in the service.

This puts frontline staff under immense pressure, creating the need for volunteers to step in with practical support and a helping hand.

Prospective volunteers can register their interest by filling out a simple form online. They will be matched with an NHS trust, with placements running from the spring, depending on availability and subject to the necessary checks.

Volunteer roles could include befriending patients, collecting prescriptions and even running singing groups. Others may use their own experiences of cancer or mental health to comfort others.

Surplus volunteers could be referred to charities such as Marie Curie and the British Red Cross.