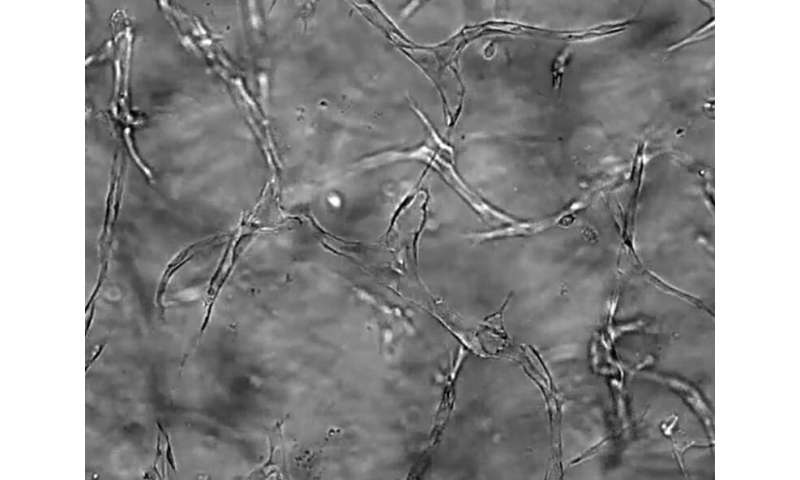 Many diseases arise from abnormalities in our capillaries, tiny exquisitely branching blood vessel networks that play a critical role in tissue health. Researchers have learned a lot about the molecular communication underlying capillary formation and growth, but much less is understood about what causes these critical regulators of normal tissue function to collapse and disappear.

“Capillary regression (loss) is an underappreciated, yet profound, feature of many diseases, especially those affecting organs requiring a lot of oxygen to work properly,” said George Davis, MD Ph.D., professor of molecular pharmacology and physiology at the University of South Florida Health (USF Health) Morsani College of Medicine, Tampa, Fla.

“If we know how blood vessels are altered or begin to break down we should be able to fix it pharmacologically,” said Dr. Davis, a member of the USF Health Heart Institute.

A team led by Dr. Davis advanced the understanding of how capillaries regress in a study published Dec. 19 in the American Heart Association journal Arteriosclerosis, Thrombosis, and Vascular Biology. The USF Health researchers worked with the laboratory of Courtney Griffin, Ph.D., at Oklahoma Medical Research Foundation.

Capillaries, our body’s tiniest and most abundant blood vessels, connect arteries with veins and exchange oxygen, nutrients and waste between the bloodstream and tissues throughout the body. The Davis laboratory grows three-dimensional human “blood vessel networks in a dish” under defined, serum-free conditions to delve into the complexity of how capillaries take shape to sustain healthy tissues. Lately, his team has begun applying what they’ve learned using this innovative in vitro model to attack, and possibly protect against, diseases.

For this study the researchers cultured two types of human cells: endothelial cells, which line the inner surface of capillaries, and pericytes, which are recruited to fortify the outer surface of the endothelial-lined tubes. Cross-communication between these cells controls how the blood vessel networks emerge, branch and stabilize. Macrophages, a type of immune cell, were activated in the cell culture media to simulate a tissue-injury environment highly conducive to capillary regression.

Among the key study findings:

The USF Health researchers found several other proinflammatory molecules that promoted capillary loss, but none proved as powerful as IL-1β, TNFα and thrombin, especially when all three were combined.

Antibodies to counteract the effects of IL-1β and TNFα are already used to treat patients with some inflammatory diseases, including atherosclerosis, rheumatoid arthritis, and Crohn’s disease. And physicians prescribe direct thrombin inhibitors for certain patients with atrial fibrillation, deep vein thrombosis and pulmonary embolism.

“These drugs are out there and they work. Our data suggests that, if combined, they may actually prevent vessel breakdown (earlier in the disease process) and improve outcomes,” Dr. Davis said.

Mediterranean diet not just for losing weight but also for health