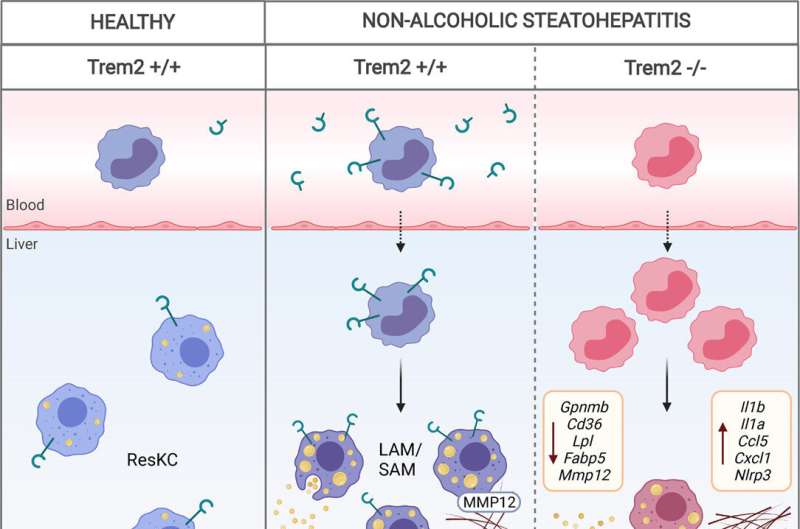 A MedUni Vienna study team has identified the role of a specific subtype of macrophages (white blood cells) in progressive non-alcoholic fatty liver disease. As part of the immune system, these cells have a protective function against fibrosis and liver cirrhosis. At the same time, they are useful as biomarkers of liver disease progression as they can be measured by a blood test. The results were recently published in the Journal of Hepatology.

However, the role of TREM2-positive macrophages in non-alcoholic fatty liver disease was hitherto unknown. The MedUni Vienna research team led by Christoph Binder and Tim Hendrikx from the Department of Laboratory Medicine was able to show in an animal model that these specific macrophages have a protective function in fibrosis—a precursor to liver cirrhosis. These cells are found in greater numbers in the affected areas of the liver upon non-alcoholic fatty liver disease-associated liver inflammation, where they accumulate particularly in areas of cellular damage and fibrosis.

Inexpensive test for rapid detection of COVID-19 with 90% accuracy